Interview with Bruce Smith, Supervising Animator on The Princess And The Frog 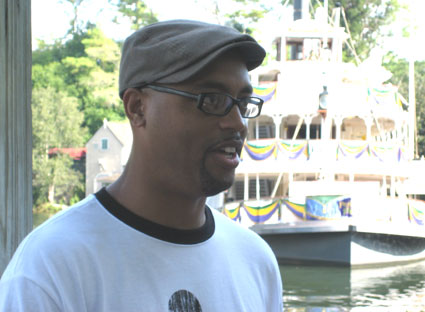 At the premier of Walt Disney World’s newest show, Tiana’s Showboat Jubilee, I had the chance to speak with Bruce Smith, the Supervising Animator on Dr. Facilier, the Villain at the center of Walt Disney Animation’s next feature “The Princess and the Frog.”

Smith honed his craft at Cal Arts, a school created by Walt Disney to help provide his studio with a ready flow of animators to work on his projects. Smith’s first work with the Walt Disney Company was on “Who Framed Roger Rabbit.” He’s since done quite a lot of great work including Supervising Animator on Kerchak from “Tarzan”, Pacha from “The Emperor’s New Groove”, and Pearl from “Home on the Range.” He also was the creator and director of the Disney Channel show “The Proud Family” and the directing animator on Warner Brother’s “Space Jam” with Michael Jordan.

While “Home on the Range” was once thought to be the end of the Disney Studios hand drawn animation division, they even sold all the animator’s desks, the genre has been revived with an all star team of animators for “The Princess and The Frog.” In this roundtable interview Bruce Smith talks a bit about what it’s like to work on a team like that, creating Dr. Facilier, working with the theme parks, and much more.
Listen here:
[audio:http://indigofrost.com/etc/Bruce-Smith-Dr-Facilier-Supervising-Animator.mp3]
Or Download
Interview with Disney Supervising Animator Bruce Smith – Dr. Facilier from The Princess and The Frog 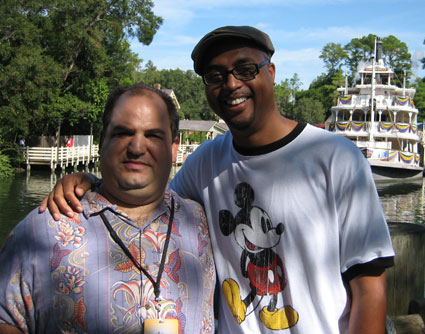 Your host with Bruce Smith.

previousDisney Cruise Line adds Water Coaster to its new ship
nextRoger Rabbit getting sequel after all?