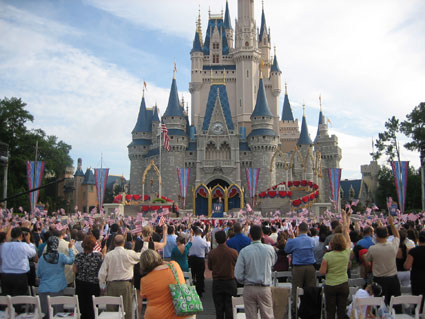 The swearing in of new United States Citizens is always an emotional story. But when it happens at at Disney theme park, there is a little extra magic added to the ceremony. This year over 1000 new American citizens were welcomed to the country in a moving ceremony. Then they and their families were the first official audiences to see the newly revised Hall of Presidents at Walt Disney World’s Magic Kingdom

Among those naturalized today were 25 employees of the Walt Disney World resort. Among them was Nicolas Graefe. His story is similar to so many of those who seek US citizenship, but as you might expect, with a Disney twist. 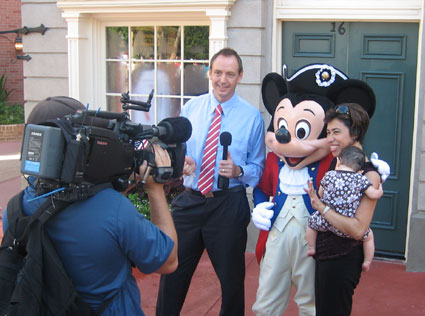 Nicolas (pictured above getting filmed by Disney) lived in Germany when he saw pictures of the 1976 Walt Disney World Parade in a comic book and fell in love with the Disney theme parks. In 1990 he worked at EPCOT as a cultural representative. Then he came back to work for Disney in 1998 when he met his future wife. Now he works for Disney in EPCOT food & beverage. This moment obviously meant quite a bit to Graefe, and he called it “one of his best Disney memories ever.” 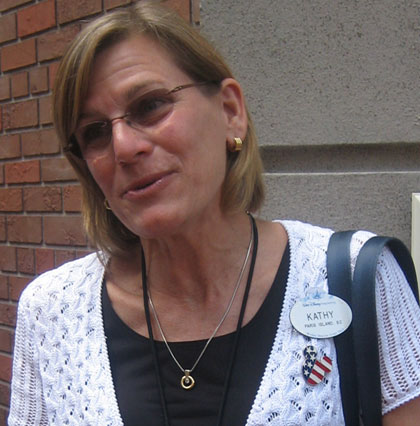 After the families had a chance to see the revised Hall Of Presidents, I had a few minutes to speak with Kathy Rogers of Walt Disney Imagineering and Sr. Show Producer for this update. It was a roundtable style interview, so you’ll also hear Leigh Caldwell of Themeparkmom.com and Jeff Kober of MousePlanet.

I will have more photos and thoughts on the day tomorrow, but now, I’ve gotta run off to the Magic Kingdom to see the Fireworks tonight.