Above: Newsies Cast Members sign autographs on opening night on Broadway. I really wish I had figured out a way to go see Disney’s Newsies the Musical on Broadway at some point over the last year. It was originally scheduled for a 90 day run,… Read More »Disney’s Newsies Celebrates 1 Year on Broadway 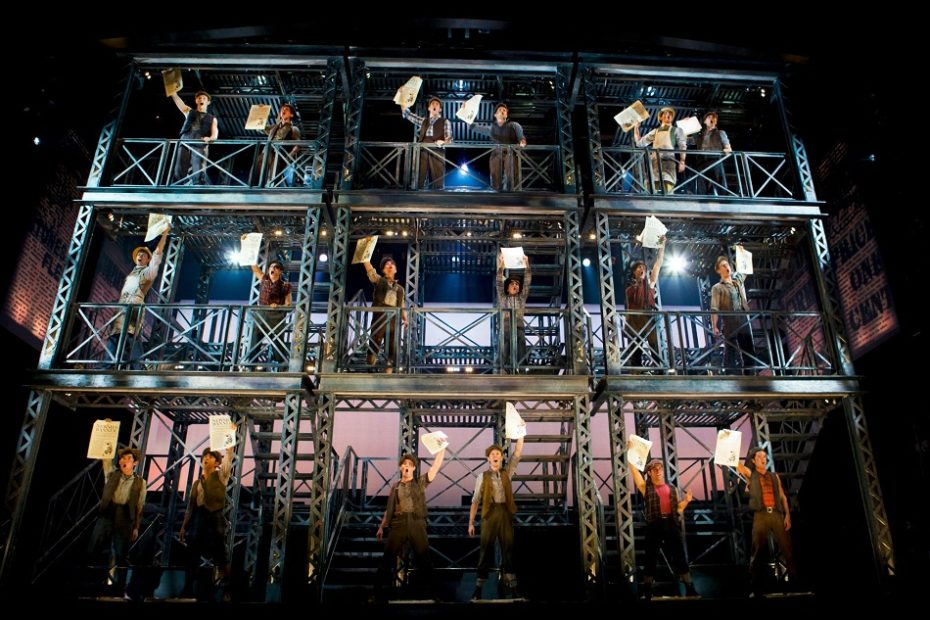 Your Chance to Be in Disney’s Newsies The Musical

Okay Newsies fans. It’s time to strap on those tap shoes and seize the day. Nationwide auditions for Newsies on Broadway begin this weekend! Find out which cities you’ll need to visit for your tryout on their website. As you might expect, they’re only searching… Read More »Your Chance to Be in Disney’s Newsies The Musical

Every wonder about the glamorous life of a Broadway star when they’re backstage behind the curtains? Looks like it’s full of surprises for everyone. The cast of Disney’s Newsies The Musical just got an introduction to their new theater, The Nederlander, where they’ll be performing… Read More »Newsies Moves Into New Home on Broadway – Excitement Abounds

With Newsies the Musical scheduled for a run on Broadway and Jeremy Jordan (currently staring in the film Joyful Noise) set to reprise his role of Jack Kelly it would seem that all is right with the world. And it is. To prove it the… Read More »Newsies the Musicals Cast Profiles

Newsies Star Turns To Life Of Crime (on Broadway)

At night Jeremy Jordan is currently staring as Jack Kelly in the stage musical production of Disney’s Newsies at the Paper Mill Theater. During the day Jordan is leading the life of a criminal on the run in rehearsals for the stage production of Bonnie… Read More »Newsies Star Turns To Life Of Crime (on Broadway)

Ladies and Gentlemen, boys and girls, the day you thought would never come is almost here. It’s time to seize the day and buy some season tickets to the Paper Mill Playhouse in Millburn New Jersey. That’s where a new stage version of the cult… Read More »Newsies Stage Musical to open in September