Update: added video of how the hashtag was made. 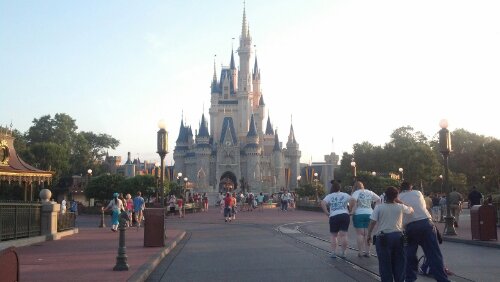 I love this new yearly event of celebrating an entire 24 cycle at Disneyland or the Magic Kingdom. When else can you see the sun rise on a majestic building like Cinderella Castle or take a foggy dawn cruise aboard the Mark Twain? The ‘Disney Day’ events would be great just for those rare opportunities. But Disney being Disney always takes it up a notch.

For this year’s all-night event, everyone is being invited to show their #DisneySide by dressing as their favorite Disney hero or villain. According to Disney both coasts will feature a great lineup of events showcasing the good-vs.-evil of classic Disney stories including character meet-and-greets throughout the parks, special entertainment, event merchandise and special food and beverage offerings.

For the 2014 Disney Day head to Magic Kingdom in Florida and Disneyland park and Disney California Adventure park in California. The event will run from 6 a.m., May 23 to 6 a.m., May 24, 2014, local time.

Lastly, to announce this event, Disney did something really cute with twitter. They created a 140 character hashtag out of Disney characters. Click the photo to head over to Flickr where you can see the full size version of this image and see if your favorite character is included. 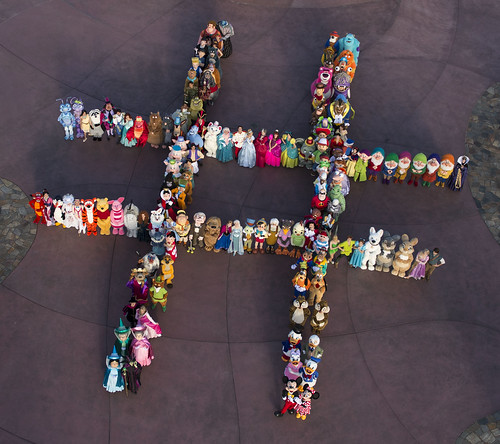 Is your favorite character there? See complete list here. Head below the jump to see a new video with footage from Disney showing all 140 characters and how they came together to make this very unique tweet!

Disney Side Parody: The Wrong #DisneySide

You may recall the awesome #DisneySide videos and other social media experiences that I shared last week, and if you don’t then go check them out because GRUMPY CAT. Basically, the new Disney campaign asks people to show their Disney Side, and then the awesome… Read More »Disney Side Parody: The Wrong #DisneySide