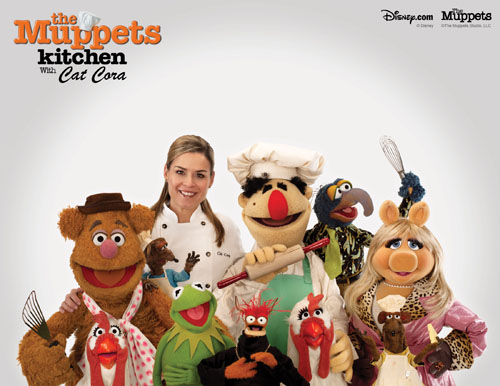 We saw the teaser trailer for Cat Cora and the Muppets new web series last week. Turns out it wasn’t for The Disney Channel, but rather for Disney Online and DisneyFamily.com. “Muppets Kitchen” and “Hasty Tasty” both aim to help families rediscover together time through cooking.

CartoonBrew.com brings us the story of Chad Stewart a former Disney animator who lost his house to a fire while he was at church with his family. His family includes eight kids, four girls by birth and four adopted boys. The adopted children are biological… Read More »Animator loses home in fire, please consider helping out

Update: My sources tell me its definitely a new building. My guess is that TV or the direct-to-dvd folks will move into the hat building. Update: ABC7 is reporting that they’re just renaming the current building. While that’s still nice, we’ll see. A new animation… Read More »New Animation Building at Disney Studios named after Roy E. Disney

KTLA reports on one of Walt’s grandchildren who has gone off the reservation. Patrick Disney Miller, 42, was taken into custody about 5:30 a.m. Wednesday after police served a search warrant at his home in Woodland Hills, said Officer Rosario Herrera of the Los Angeles… Read More »Walt’s Grandson Arrested

The Archive of American Television has put up a 6 part video interview with Roy E Disney. Filmed in 2007, the 2.5 hour conversation covers the early history of the Disney company and the role that his father, Roy O. Disney, and uncle Walt Disney,… Read More »Roy E. Disney interviewed