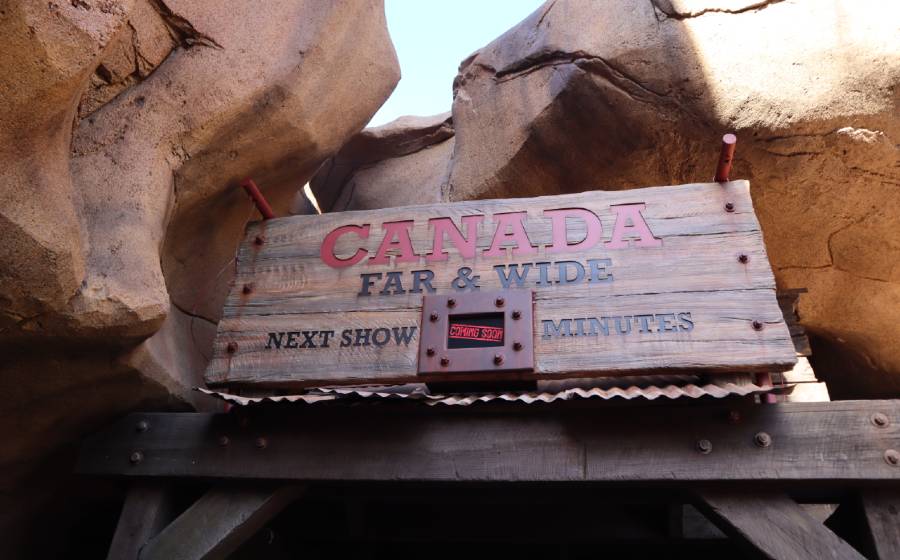 A new film opened in the EPCOT Canada pavilion this last weekend. Canada Far and Wide is a resplendid trip across the very large nation that is our neighbor to the north (unless you’re in Alaska, and then its down and to the right slightly).… Read More »Video review: Canada Far and Wide opens in EPCOT 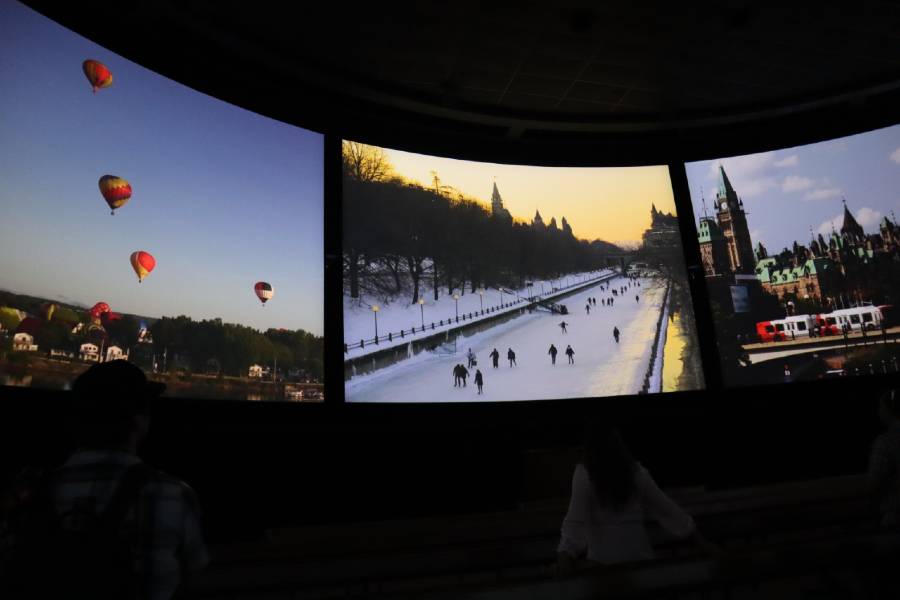 “Canada Far and Wide in Circle-Vision 360” in the Canada pavilion is an update to the previous “O Canada!” film with new scenes, a new musical score by Canadian composer Andrew Lockington and new narration by award-winning actors Catherine O’Hara and Eugene Levy. We saw… Read More »Canada Far and Wide in Circle-Vision 360 new movie opens tomorrow at EPCOT 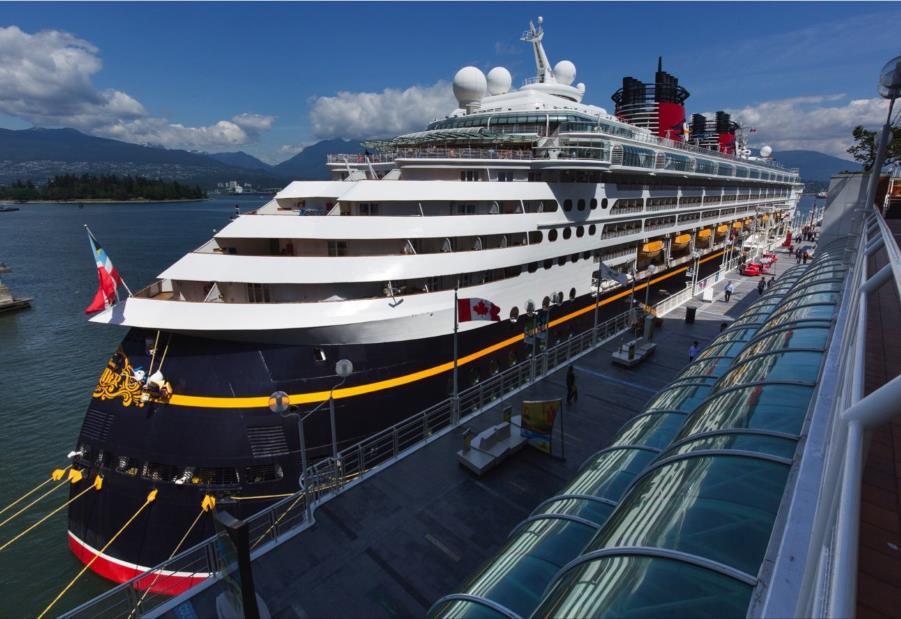 Oh Canada. Exciting adventures are awaiting on your shores. Whether visiting the east or west coasts of North America’s largest nation, the Disney Cruise Line is there to bring you directly to some of the world’s most amazing natural beauty and the super nice people… Read More »Disney Cruise Line recognized for its eco-friendly policies in Canada 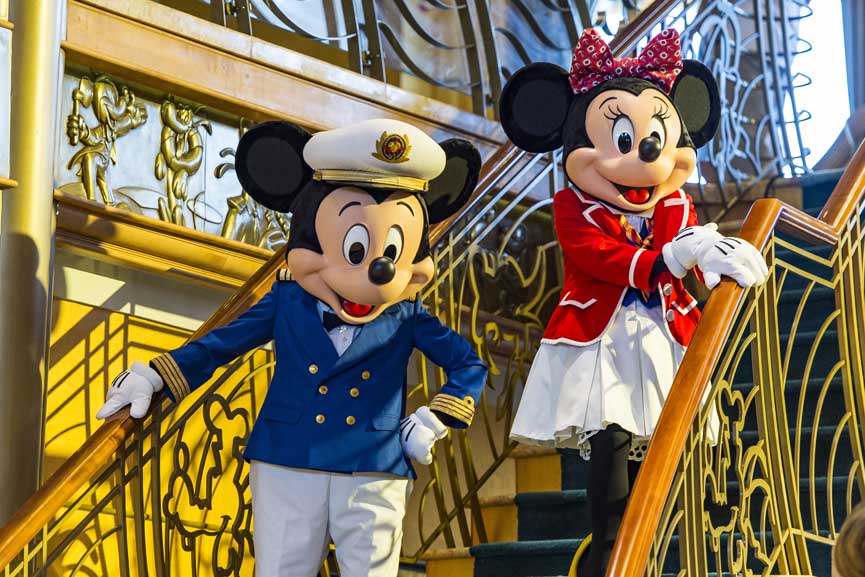 It’s hard to believe that in the 18 years Disney Cruise Line has been sailing around the Caribbean it never took the trip northward to Bermuda. The beautiful island is pretty much halfway to Canada, making it the perfect spot for a destination sailing from… Read More »Disney Cruise Line adds stop in Bermuda for first time, plus new Canadian port in Fall of 2018 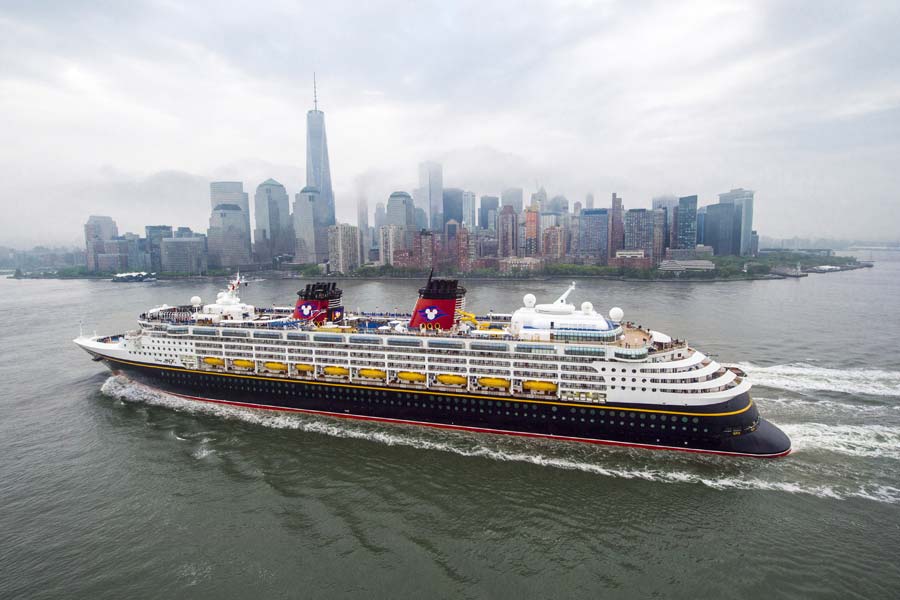 While Disney’s two newer large ships are busy in the high profit region of the Bahamas, Disney Cruise Line is preparing to send its two original ships, Magic and Wonder, off to exciting ports for some much in-demand return trips. We just learned which ports… Read More »Disney Cruise Line sets 2016 ports for Wonder and Magic

Why Disney Should Build Its Next Park in Toronto

For decades it’s been accepted wisdom that North America can only support two Disney theme park resorts—Disneyland and Walt Disney World— one on each side of the continent.

I say it’s time for Disney to build a third, and there’s only one place to do it: Toronto.

Considering my whereabouts, it’s an audaciously self-serving suggestion. But there are some solid reasons for Disney to choose Toronto, besides making me one very happy guy.

To give everyone a geography primer, the actual city of Toronto is surrounded by several large municipalities, each with hundreds of thousands of residents. All told, well over eight million Canadians live within a driving distance of a couple of hours or so.

A little research into population data reveals that, counting only the major metro hubs, about 108 million Americans live within nine hours of Toronto—35 per cent of the U.S. population. That number is expected to grow to 141 million by 2050.

When I started writing this article, the U.S. Northeast was going to be my pick. Disney could easily build the park in New Jersey or Upstate New York and have it be quite successful. But Toronto’s location outside of the U.S. is actually a big, counterintuitive plus.

Read More »Why Disney Should Build Its Next Park in Toronto

Speak with anyone who has visited Canada’s beautiful Atlantic seaboard and they’ll regale you with stories about the magic of nature’s wonderland. But the real magic is reserved for the warm and kindness of the areas residents. So, when you’re on your Disney cruise to… Read More »Disney Cruise Line Highlights Canada Shore Excursions

That Disney Cruise Line sails to Canada may not be well known. But what is well known is the beauty of the scenery along Canada’s eastern shore. The Bay of Fundy is set between Nova Scotia and New Brunswick, and gives the perfect opportunity to… Read More »Get to Know Canada’s Bay of Fundy on Your Next Disney Cruise