Behind The Scenes on Avengers Age of Ultron Set

Among the many great reasons to purchase your copy of Marvel’s Guardians of the Galaxy Blu-Ray is to watch the special features. One special feature on the disc is much anticipated, but it has only tangential relations with Guardians. The segment features a behind the… Read More »Behind The Scenes on Avengers Age of Ultron Set

My family and I recently participated in the inaugural Avengers Half Marathon Weekend at the Disneyland Resort as guests of RunDisney, and it was just as super as you like your Marvel adventures to be. Yes, it was that powerful. We ran the Avengers 5K… Read More »Weekend Avengers and RunDisney

A second trailer for Age of Ultron was just released! Unfortunately it is severely lacking in any form of substantial new footage. We do see a little more of what is most likely the battle with Baron Von Struckers forces in the beginning of the… Read More »Avengers: Age of Ultron – Trailer 2

Marvel Shares Special Preview of Avengers: Age of Ultron During Agents of S.H.I.E.L.D.

Yesterday, Marvel staked claim to the super hero box office for the next five years with their Phase Three schedule release. Last night, they topped that off with a special clip from Avengers: Age of Ultron during Marvel’s Agents of S.H.I.E.L.D. on ABC. That was… Read More »Marvel Shares Special Preview of Avengers: Age of Ultron During Agents of S.H.I.E.L.D.

Clip from Avengers: Age of Ultron to air with this week’s Marvel’s: Agents of S.H.I.E.L.D.

This week’s Marvel’s Agents of S.H.I.E.L.D. was originally supposed to include the world premiere of the trailer for Avengers: Age of Ultron, but alas that leaked on the internet and Marvel published it online shortly there after. There’s still a good reason to watch. First,… Read More »Clip from Avengers: Age of Ultron to air with this week’s Marvel’s: Agents of S.H.I.E.L.D. 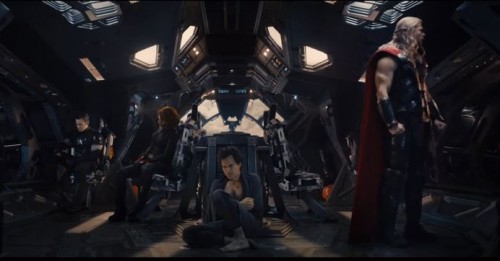 Guardians of the Galaxy Hits on All Levels

By the time we entered the Dolby Theatre in Hollywood (across from Disney’s El Capitan pictured above) for the world premiere of Marvel’s Guardians of the Galaxy my boys were already well-versed in (what had been until recently) the previously unknown band of unlikely heroes.… Read More »Guardians of the Galaxy Hits on All Levels