Disney’s The Lion King is top Broadway earner for 2014

Congratulations to the team at Disney theatrical, for the second year in a row Disney’s “The Lion King” musical ruled the pridelands of Broadway as the top earning musical. Disney actually had two of the top 5 spots with “Aladdin” taking 5th place on the… Read More »Disney’s The Lion King is top Broadway earner for 2014

For the 16th annual season, ABC Family will host “13 nights of Halloween” a special selection of thrills and chills that will help you celebrate as you countdown to Halloween. The popular programming block starts Sunday October 19th and concludes on Friday, October 31st.

The fright fest features brand-new Halloween-themed episodes of “Melissa & Joey” and “Baby Daddy,” an all-new “Pretty Little Liars” fan appreciation special, plus the hilariously scary prank specials “Freak Out.” The stunt will also include the network television premieres of “Dark Shadows” and “ParaNorman,” and a ghoulish mix of Halloween-themed programming.

Other shows include old favorites like: The Nightmare Before Christmas, Addams Family, The Haunted Mansion, and Hocus Pocus.

The full list of programming is below the jump: 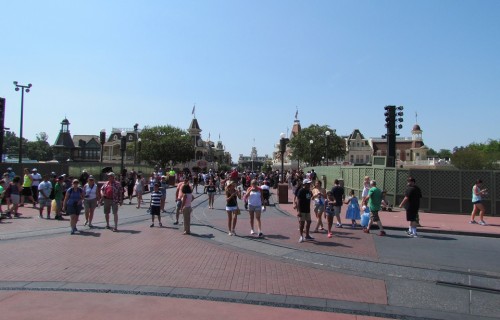 The Magic Kingdom’s Plaza / Hub area is getting some upgraded viewing areas and extra walking paths. Here’s a look at the status of construction through August 2014.

The project is expected to be completed in phases with the new fireworks viewing areas to the left and right of main street opening first then they’ll add additional pathways around the hub and more landscaping. The eventual goal will add a very garden like feel to the Plaza.

Related to this improvement is a project to upgrade the frequently used backstage alley on the Tomorrowland sideo of Main Street. They’ve been doing some tests backstage where cameras aren’t allowed, but you can start to see some of the changes form on stage now too. I hope they enclose it into a beautiful arcade, but I’ll be happy with some decent theming and an alternate route.

Photos from around the hub and the backstage arcade below the jump:

The 2014 fall season premiere schedule for ABC has a lot of promise. After taking off a few seasons from posting show recaps, we’ve decided to go back to more in depth coverage of the shows on ABC with both previews and recaps of the… Read More »2014 Fall Season Premiere Schedule for ABC

Update: Looks like McFarland has been pushed back to a February 20th, 2015 release date.

As mentioned earlier today, Disney is having a great year at the box office. Four more chances remain to make it an even better one. Here are the remaining films of 2014 from Walt Disney Studios. 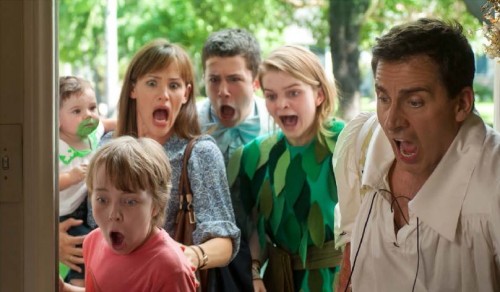 Disney’s “Alexander and the Terrible, Horrible, No Good, Very Bad Day” follows the exploits of 11-year-old Alexander (Ed Oxenbould) as he experiences the most terrible and horrible day of his young life—a day that begins with gum stuck in his hair, followed by one calamity after another. But when Alexander tells his upbeat family about the misadventures of his disastrous day, he finds little sympathy and begins to wonder if bad things only happen to him. He soon learns that he’s not alone when his mom (Jennifer Garner), dad (Steve Carell), brother (Dylan Minnette) and sister (Kerris Dorsey) all find themselves living through their own terrible, horrible, no good, very bad day. Anyone who says there is no such thing as a bad day just hasn’t had one.

After Disney Announced the Fall 2014 schedule, they also released a few trailers to help tease the shows. Which ones seem the most interesting to you so far?

“Instafamous” Eliza Dooley (Karen Gillan) has 263,000 followers who hang on to her every post, tweet and selfie. But one lonely day, she has a revelation: being friended is not the same as having actual friends. She asks marketing guru Henry (John Cho) to ‘rebrand’ her self-obsessed reputation and teach her how to connect with people in the real world. Loosely based on “My Fair Lady,” “Selfie” explores the modern struggles of Eliza and Henry, as he tries to teach her how to live life offline—whether she ‘likes’ it or not.

“Selfie” was written by Emily Kapnek and directed by Julie Anne Robinson, who also serve as executive producers. “Selfie” is produced by Piece of Pie Productions in association with Warner Bros. Television.

The Walt Disney Company did not take home the most Academy Awards last night, not by a long shot, but they should feel very good about the awards they did receive. Frozen took home Best Animated Feature and Best Original Song. Both very well deserved.… Read More »Husband and Wife Songwriting Team Helps Disney take home Oscars