VIDEO: Monorail passes in front of Spaceship Earth at EPCOT 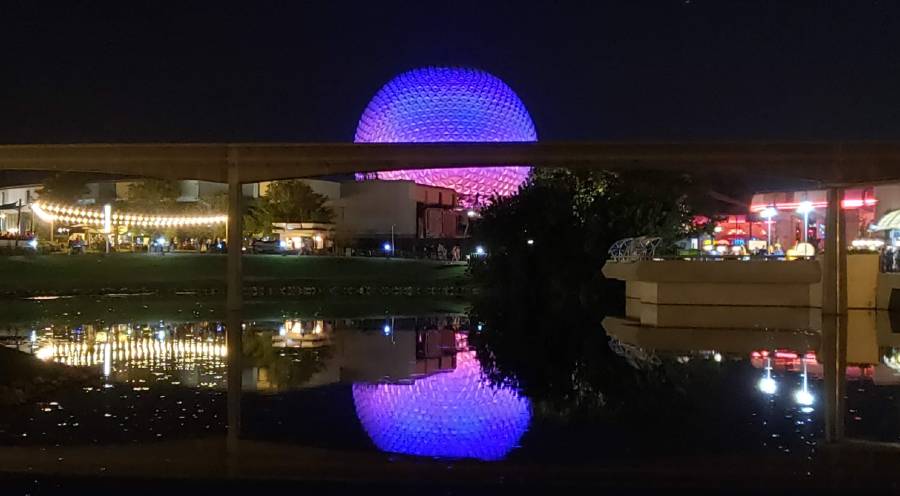 I think it’s important to stop every so often and take in any one of the magical vistas Walt Disney’s Imagineers created at Walt Disney World. EPCOT, of course, has more than its share. I’m a big fan of this view with Spaceship Earth reflected in the water below. It looks like two moons hovering opposite themselves in space.

As we sat down and enjoyed this view a monorail came by adding even more of a futuristic feel to the scene.

Right after this the new temporary nighttime fireworks spectacular “Epcot Forever” began to the ‘oohs’ and ‘aahs’ of guests all around World Showcase.

Of course, Disney has announced that a new Future World is coming to EPCOT. This view will soon be gone forever.

Disney is doing its best to maintain the aging Mark VI monorail fleet, but eventually they will reach the point where its unsafe to operate the system as it is today. What should Walt Disney World do with the aging monorail system?

1 thought on “VIDEO: Monorail passes in front of Spaceship Earth at EPCOT”