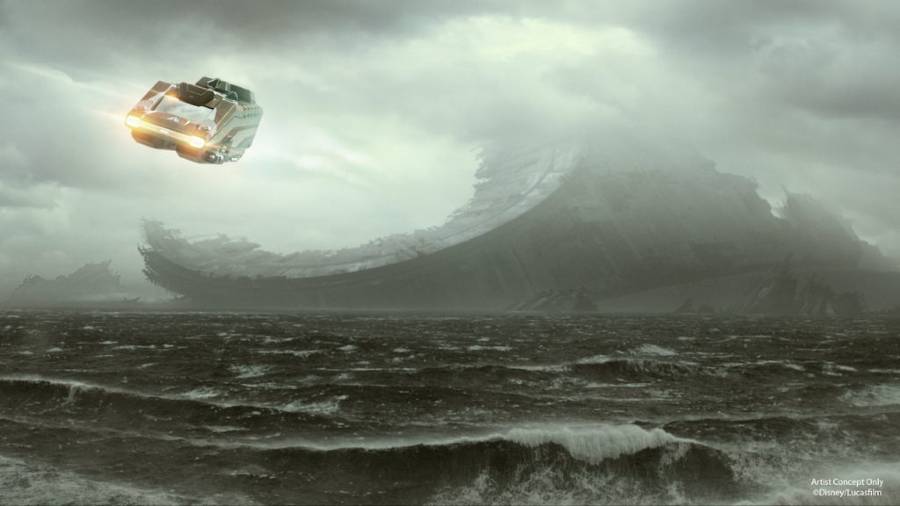 As fans hoped and expected, a new sequence will be added to Star Tours – The Adventures Continue to tie in with the release of “Star Wars: The Rise of Skywalker” on December 20th. Passengers who board the Starspeeder 1000 with C-3PO as Pilot and R2-D2 as navigator are guaranteed a fantastic voyage, even if the eventual destinations are sometimes a bit jumbled.

Star Tours will soon return to Endor, only this time its a different Moon – Kef Bir. Concept art has been released, but that’s all the details we have so far. You can see more of the moon in the recently released final trailer for the movie.

Interestingly this is the first time we’re hearing the name of the water moon of Endor. We visited the forest moon of Endor in “Return of the Jedi,” but “The Rise of Skywalker” has us on the ocean moon to explore the remains of the Imperial fleet and the second Death Star, which was destroyed at the end of the movie. No ewoks, but there are some new characters in the movie from that moon.

Do you have a favorite segment from the current version of Star Tours – The Adventures Continue?