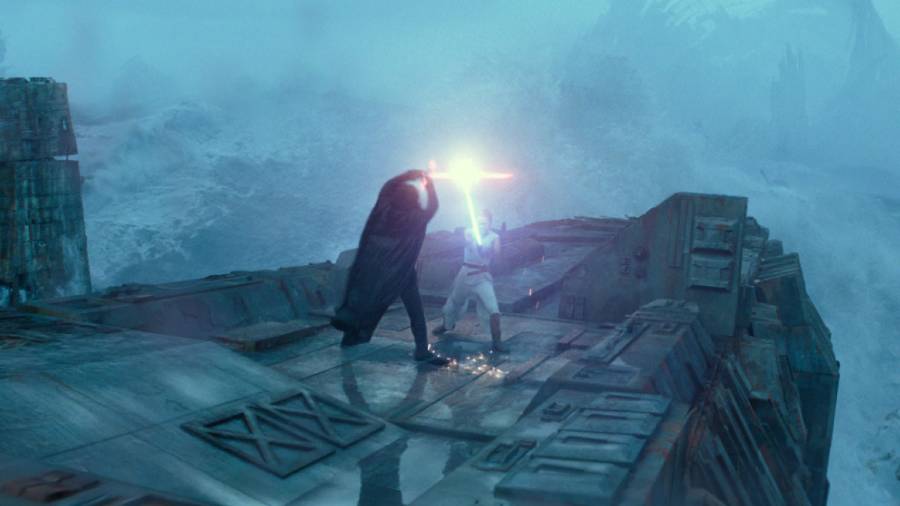 Star Wars: The Rise of Skywalker finds director J.J. Abrams returning once more to the Star Wars saga to direct the 9th episode in the series. It promises to take fans on an epic journey to a galaxy far, far away for the dramatic conclusion of the Skywalker saga.

The final trailer was released tonight. Watch it here and then we will update this post with new details as they’re shared tonight.

There’s a lot to dissect in this trailer. First of all, let’s remember that often these trailers are designed with misdirection in mind. What you see on the screen and what hear might not be related in the final version of the film.

Before we get any further, we have to give props to composer John Williams, who provides the score for The Rise of Skywalker. It’s as iconic and powerful as ever.

While Finn is providing the voice over, Rey seems to be training, finding the limits of her powers with The Force. There’s a lot of running by Rey. Usually that means your chasing, or being chased. It could also be that they’re in a race to get to something first.

We also see her exploring what looks to be the ruins of the second Death Star, crashed on the surface of the moon of Endor. But so far, no Ewoks.

The Resistance is huddled together getting a mission briefing, and who is that in the middle of the pack? None other than Lando Calrissian himself. I just about melted in this scene. C-3PO and Poe Dameron also appear to be in the group.

And there’s Rose Tico looking calm and with purpose in the middle of a battle while others are running. That’s very Rose.

We then switch voice over to Rey as we see her on the ruins of the Death Star about to confront, it appears, Kylo Ren. Both have their lightsabers out for another duel. 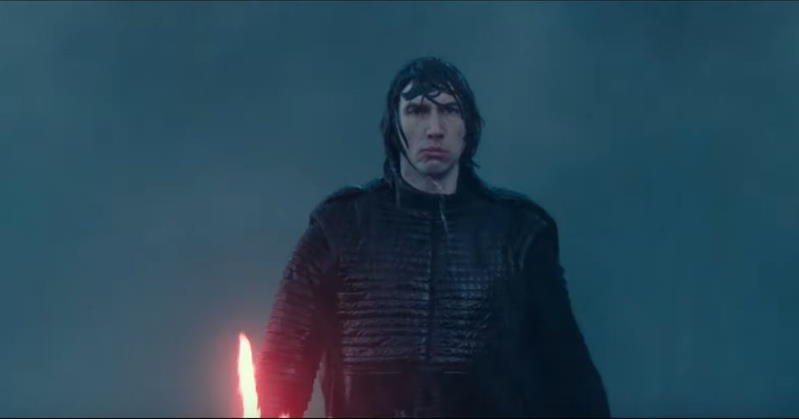 I don’t know what the floating Iceberg city is called, but I already want to live there. So beautiful. Alas the approach of tie-fighters is probably not a good sign for its residents.

An empty throne and the voice of Emperor Palpatine. He’s telling us he’s waiting a long time, but for what?

Next is another iconic JJ Abrams scene… a spaceship rising out of the water. It was such a great shot from Star Trek, I can’t even blame Abrams for redoing it here with a Star Destroyer instead of The Enterprise.

There’s the Millennium Falcon in front of a giant fleet of what looks to be the gathered forces of the Resistance. If wonder if The Ghost is in there somewhere? That’s a lot of ships.

We then see Poe, Finn and Chewie running through an Imperial/First Order hallway in a classic shot taking down Storm Troopers.

And there’s General Organa, aka Carrie Fisher. Her role in the film was assembled from pieces of footage cut from the previous two movies. That doesn’t mean they won’t be powerful though. Just look at this hug with Rey. 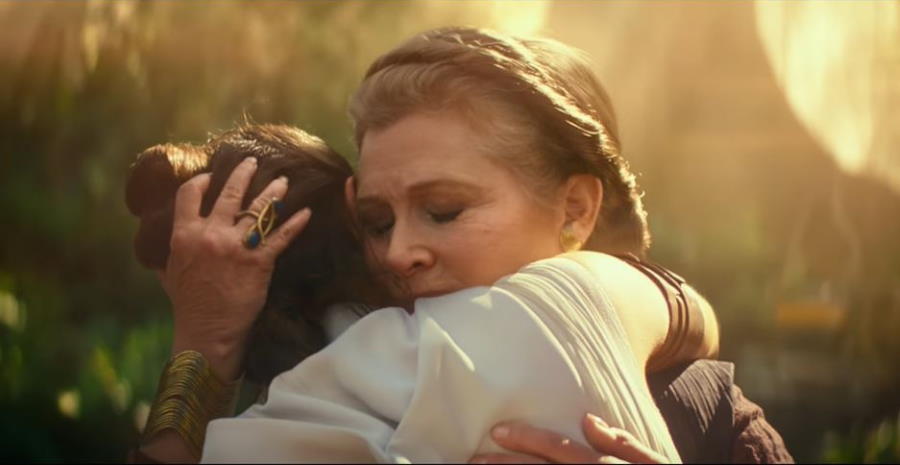 At this point there are a lot of crazy, quick cut scenes

Then we get to what might be the big reveal of the trailer…. Rey looking up at a figure(?) in black that appears to be wearing a very Vader-like mask?

This is speculation on my part, but I’m starting to wonder if the Skywalker who is rising might be Anakin. The one who is foretold to bring balance to the force. Could there be a Vader clone awaiting Rey and the gang?

I think one thing will be true about The Rise of Skywalker, what you’re expecting to happen will be something else entirely when the movie’s big secret is revealed. That’s a J.J. Abrams’ trademark cinema move.

Star Wars: The Rise of Skywalker will open in theaters December 20. You might want to get your tickets tonight.

3 thoughts on “Star Wars: The Rise of Skywalker final trailer”