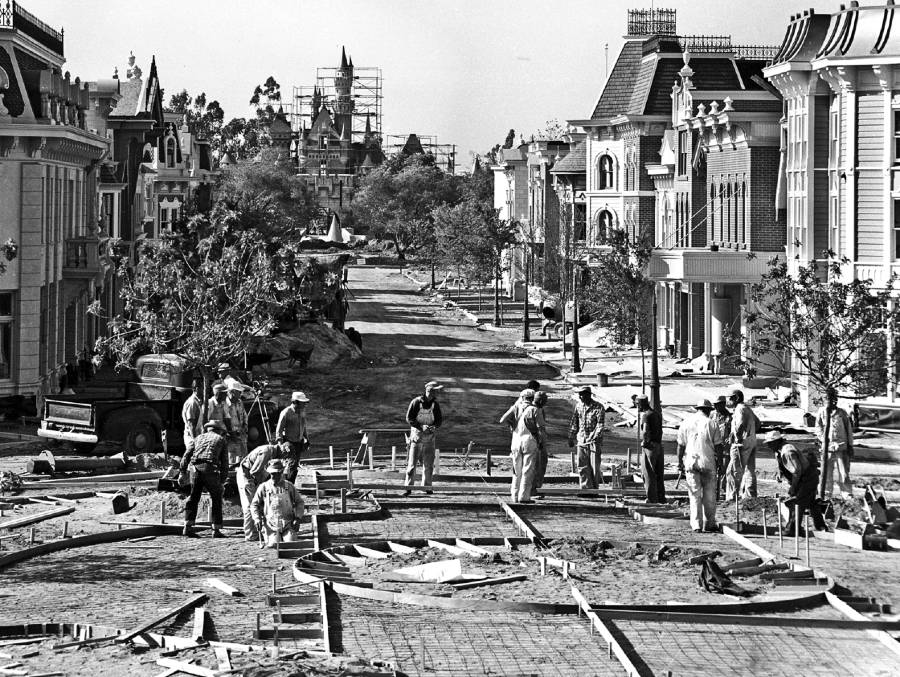 “The 55ers: The Pioneers Who Settled Disneyland” is an important collection that looks at the cowboys, jungle explorers, Anaheim pioneers, and shopkeepers who came together to help make Walt Disney’s dream of Disneyland a reality.

It’s one part deep dive into the first two years of Disneyland’s existence and another part genealogy project. It reads a lot like a family lineage book and I think that is intentional. Koenig has done the research over the years and the results all all in the book. You’ve probably heard a few of these stories, but Koenig has coaxed out a large collection characters, hand-picked for their amazing backgrounds and unique skills required to run the Happiest Place on Earth.

It’s true the people make the magic and that comes through in “The 55ers: The Pioneers Who Settled Disneyland.” In the beautiful hardcover premiere edition of The 55ers, you can get to know the over 700 fascinating year-one cast members from every department in the park, including:

Plus the very first nurses, security officers, firemen, mule wranglers, ticket sellers, newsboys, switchboard operators, TWA Rocket to the Moon hostesses, and many, many more. The 55ers features more than 300 never-before-published images, most of them provided by the original Disneylanders themselves. The candid photos provide peeks inside a number of long-vanished areas of the park, including the Sunny-View Jams & Jellies shop, the Plantation House chicken restaurant, and the Adventureland Bazaar.

I own a number of books on the history of Disneyland, including the seminal (and sadly out of print) The Nickel Tour, but The 55ers has candid photos of early Disneyland I’ve never seen before. Just that alone makes it a must-have for any serious Disneyland fan. Add in the wonderful stories and biographies from the original Disneylanders and The 55ers could become one of my favorite Disneyland history books ever.

Author David Koenig is best-known for his best-selling Mouse Tales: A Behind-the-Ears Look at Disneyland. Cover designer and artist Mike Peraza is a longtime animator and art director on The Little Mermaid.

“The 55ers: The Pioneers Who Settled Disneyland” will be released October 1, 2019 but is available for pre-order now on Amazon where your purchase will support The Disney Blog.