Maleficent: Mistress of Evil costume designer on challenges of this film

We’re less than a month away from our return to the magical fairy world and the much-anticipated sequel to Disney’s Maleficent in theaters. “Maleficent: Mistress of Evil” extends the story beyond the well-known tale of Disney’s “Sleeping Beauty,” but as we found out in the original, we know there’s more to the story.

Disney’s marketing team has released two new short TV spots for Mistress of Evil, each focused on how the new movie will be darker and more evil:

There’s a lot to love even in just those few brief moments. It is a dark movie, but it’s also lush. From the sets to the costume design, there will be a lot for the actors to chew on as they work their way through the story. 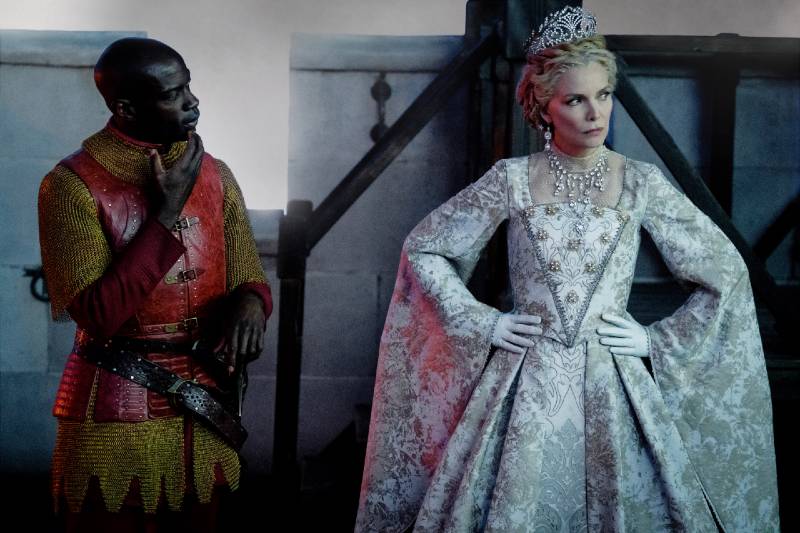 We wanted to learn more about the costumes in Mistress of Evil and Disney provided this long interview with costume designer for the film Ellen Mirojnick. Her three-decade career in costume design includes awards for projects like “Starship Troopers,” “Behind the Candelabra,” and “Wall Street.” 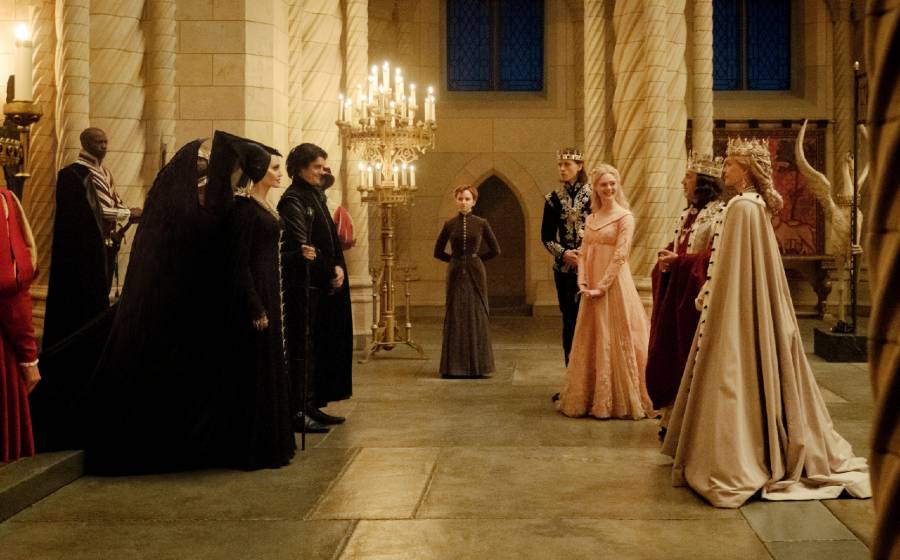 What are your primary goals as costume designer?

My role is to bring the characters to life visually. When I read a script, my first impression is to envision images. Working with the director, the actors and all the different artists involved in filmmaking, we conceive a theme about the overall film vision. I begin to apply that vision to the costume designs to show how the characters feel, how they move through the story and how they change. Costume design is storytelling. It can subtly and subliminally convey the characters’ emotions and personalities to the audience and heighten their understanding.

What was it about this project that appealed to you?

There was a new story to be told, and I’d never worked in this genre so it was quite attractive. Working with Angie is a very interesting experience because she is really, really smart and has an overall vision and the ability to work through a story in ways that are truly exceptional.

Maleficent is a complicated character and a difficult one to define. She has a huge story arc that ultimately brings her back to love. I just thought it was such a beautiful tale about pure, unconditional love.

How did you get started on this film? What sort of preparation was involved?

I researched art from many different eras, as well as contemporary fashion, and created a look book with images for all the characters in each of the different film segments. From that, the director and other film artists could see what I was envisioning. The look book becomes a foundation and valuable tool for the costume department. We constructed almost everything on this film, from shoes to headwear. What we didn’t make we rented from stock houses around the world.

What is the time period in which the story takes place and how did that affect your designs?

Well, what I hoped for and what we talked about early on, was the idea that this kingdom is a new, bustling, more citified kingdom. With that in mind, we asked ourselves, what would a more modern fairy tale look like in a time period that is somewhere in medieval times but bordering on the renaissance period, with a new fresh spin on that? With the freedom to create a new era, we broadened our use of fabrications, different colorations and silhouettes. Certainly more than you would use in a historically accurate period piece.

What can you tell us about Maleficent’s overall look?

Maleficent is the strongest character in the film…she needs to rise above everyone else, never blend in and always have her own unique silhouette and shape. Maleficent is iconic, so you have to be able to continue that idea and raise the stakes a bit. She is the black and white movie star of the fairy tale world: that’s the image we started with. Her skin is very white, her lips are red and her body is totally silhouetted in a very strong shape. Her accessories start off as organic and evolve to include bone and gold and eventually black diamonds and emeralds. Her dress in the opening scene is a goldish, green, color with a subtle reptile pattern. In this film she has wings, which is different than the first film, so her costumes are made of fabrics that are fluid and fluttered beautifully in the wind. When she comes on screen, the simplicity of her silhouette with bone detail, the starkness of black and white with little bits of gold, and her red lips is striking. Her shape is high glamour, movie star slickness, gorgeous headgear, a crown of black diamonds and emeralds. Emeralds are very powerful now. Her stone and staff are emerald green, as are all her accents.

Tell us about Aurora’s wardrobe.

Aurora’s wardrobe is ethereal with a touch of sophistication, perfectly suited for someone who reigns over a realm of mystical creatures. Hers is a modern fairy tale look with an impressionist color palette of predominantly blues and pale pinks. I knew as Queen of the Moors it was essential that she begin her journey in a blue dress with an organic fairy tale design made in the forest. The result looks like hand–tied leaves made by the fairies…extremely magical, unlike anything that we have seen before. The look is totally different from her formal courtly dresses. I also love the Aurora pink dress because it has a revised element of the traditional design of the “Sleeping Beauty” dress. It is a paler shade of pink but has the same shape of the “Sleeping Beauty” collar. We embroidered the tulle and replaced the gold accents with flowers.

What about Michelle Pfeiffer’s wardrobe as Queen Ingrith?

Compared to Maleficent, the contrast is night and day. Queen Ingrith’s look is regal and somewhat modern, and suggests an aire of wealth and privilege for the bustling kingdom. We used platinum, gold and champagne colors coupled with tons of jewelry to really bling her up and make a bold statement. She has a presence that is both soft and strong at the same time Her colors do not give any hint of her being evil…in fact, it’s quite the contrary. We first see her in a dress that is the palest color of champagne and creamy white, which she wears with a whole mantle of pearls. For the in-law dinner scene she is in a platinum dinner dress that’s bodice and skirt is totally adorned with a massive panel of diamonds and pearls. Altogether, Queen Ingrith has eight different dresses. They are all relatively the same shape but with different fabrics and accessories. When she goes to battle, her dress is stunning, conveying power, beauty and boldness. It is an armor-like ensemble with gauntlets and shoulder pieces adorned with pearls and silver. It looks like it is made of metal, but it is a very special kind of platinum woven into the design

What can you tell us about the dark fey?

In our story, Maleficent finds where she comes from, her origin. This introduces us to the dark fey. The dark fey are winged creatures with horns similar to Maleficent’s who come from many different points on the earth but were driven from their kingdoms many years before. Their looks are based on their geographical biome: jungle, tundra, forest and desert. What was wonderful about this challenge, was the simplicity and, subsequently the elegance that was created by not being able to use anything man-made; everything was pure and natural of the earth and of the place of origin, including their wings and their horns. So the palette for the jungle is comprised of lots of color; the desert look dry and crackly and their wings are even of a very dry–colored nature, as is their skin. The tundra are white, arctic-like and feathery with some pale blue and pale gray colors and the forest fey are green and brown with very organic, treelike qualities.

What do you hope audiences take away from the film?

It was a wild roller coaster ride making the film, but that creates the fun for everyone to experience and for me it was so creative, fulfilling and satisfying. I hope that people get swept up in the story and are intrigued by the film’s new characters that are different, diverse and mysterious, AND, after all is said and done, I hope everyone experiences the concept that love conquers all and that we can all live together in harmony without sacrificing our earth.

“Maleficent: Mistress of Evil” opens in theaters on October 18. Should make for a good Halloween for Walt Disney Studios.