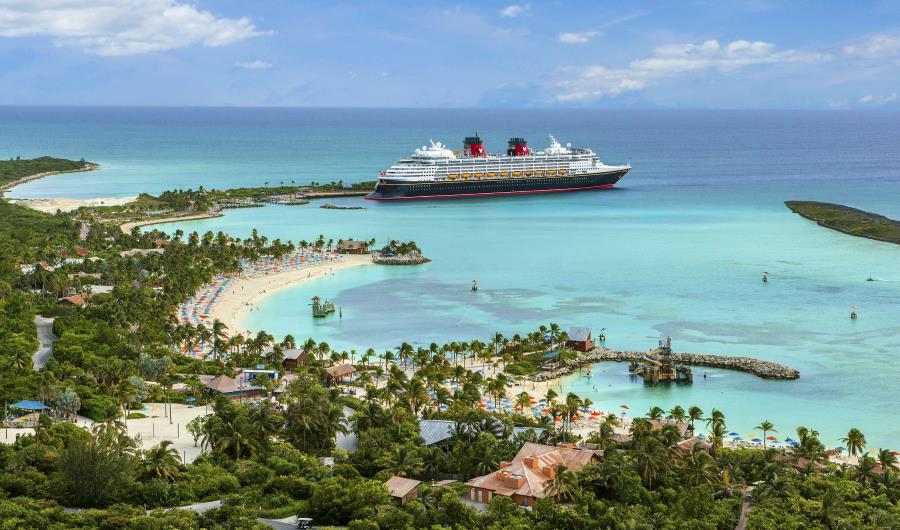 Today The Walt Disney Company and Disney Cruise Line announced that they would donate $1 million to Hurricane Dorian relief and recovery efforts in The Bahamas. Money will support non-profit relief agencies as well as providing supplies – like food, staples, and basic construction materials – to those in impacted areas

Hurricane Dorian was a slow moving major category storm, the perfect recipe for any communities that had the misfortune to be in its path. Two northern islands of the archipelago nation of The Bahamas, took the full brunt of a category 5 storm with winds over 180 MPH and severe flooding. The result was devastation.

As we mentioned in our post about Disney Cruise Line’s adjustments to their sailing plans, the fleet is flagged in The Bahamas, Castaway Cay is located in the island nation, and many employees either live in the Bahamas or have families there. But that was before the Bahamian Islands of Abacos and Grand Bahama took a direct hit from Hurricane Dorian.

Earlier today, Disney Chair and CEO Bob Iger shared, “The Walt Disney Company stands with the people of The Bahamas affected by Hurricane Dorian. We hope our $1 million donation will provide much-needed relief and help our neighbors, colleagues, and all those impacted by this devastating storm begin the long process of recovery as they work to put their lives and communities back together.”

Castaway Cay experienced tropical force strength winds. It also employs more than 60 Bahamians from Abacos and Grand Bahama, as well as several employees from other Bahamian islands. Disney has promised to reach out with resources employees need to recover.

These employees take boats over from nearby islands in the morning before the ships arrive at Castaway Cay and stay until the ship leaves to help prepare the island for the next ship’s arrival. It’s a long day. There is also a small section of shops owned and staffed by Bahamians on the island.

Update: The Disney Dream was scheduled to stop at Castaway Cay on its current sailing which was extended to 6 nights from 4 to keep the ship out of the path of Hurricane Dorian. Instead the cruise was rerouted to Cozumel and The Grand Caymans. Today the ship made an announcement to guests that it would make a brief stop at Castaway Cay tomorrow to drop off supplies, but that guests would not be able to leave the ship before it continued on its journey back to Port Canaveral. end

“The Bahamas is such a special place to us and our guests, and we have watched the devastation created by Hurricane Dorian with concern and heartache,” Jeff Vahle, president of Disney Cruise Line, said. “We stand with the Bahamian people, and especially those in Abaco and Grand Bahama, as they recover from the worst storm to ever make landfall in The Bahamas. As the needs in these communities are assessed, we are prepared to aid the relief and recovery efforts through funding, the provision of supplies and by providing support to our Bahamian Crew Members.”

If you want to help support relief and recovery efforts in The Bahamas, may we suggest supporting World Center Kitchen. It’s a relief agency dedicated to feeding communities that have been hit by a disaster. It’s organized by Chef José Andrés who recently opened one of his Jaleo restaurants in Disney Springs.