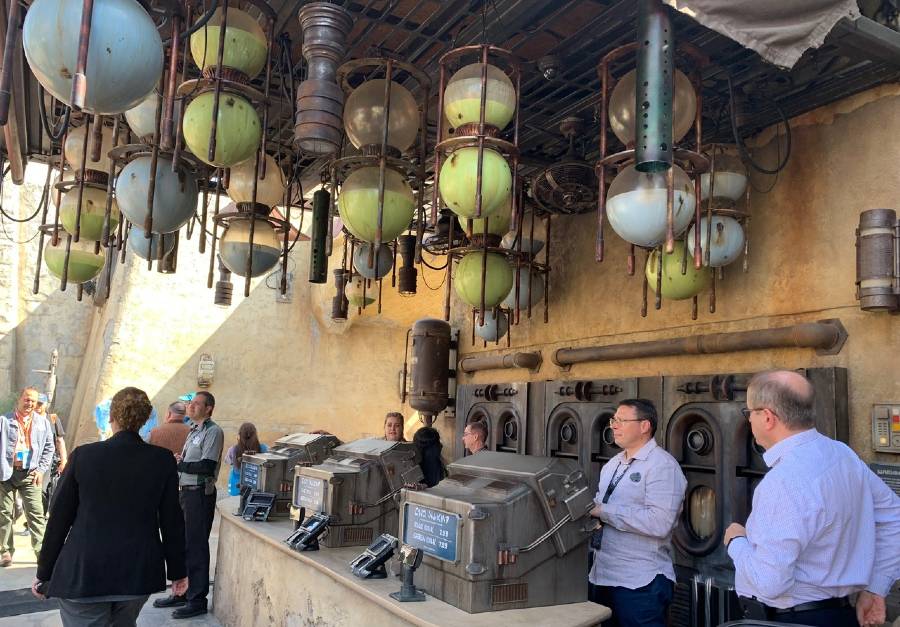 This week Disney’s Hollywood Studios will officially open phase one of Star Wars: Galaxy’s Edge. Cast members and Premium Annual Passholders have been allowed in on limited preview visits for the last few weeks giving us a first look at the new 14-acre expansion.

Yes, it’s a near clone of the one out in California, but this one is ours. The Disney Blog asked vloggers Jared & Molly to capture a few fun things that everyone should try on their visit to the planet Batuu and they decided to focus on two of the planet’s more unique food options — The Outpost Mix popcorn from Kat Saka’s Kettle and the Blue and Green milk from the milk stand.

According the Jared & Molly, the Sweet and Spicy popcorn is exactly that. There is no false advertising going on with the popcorn. Hitting the milk stand, they tried both the green and the blue milk. You can add rum to the blue milk and tequila to the green milk. But it was pretty hot out that day, so they avoided purchasing the adult beverage version.

According to the pair, Blue milk is coconut milk base and very sweet and fruit flavored, like candy you get at a carnival. Green milk is also plant-based and tastes like a fruity, floral cereal milk. Find the milk stand in the First Order area of Black Spire Outpost. 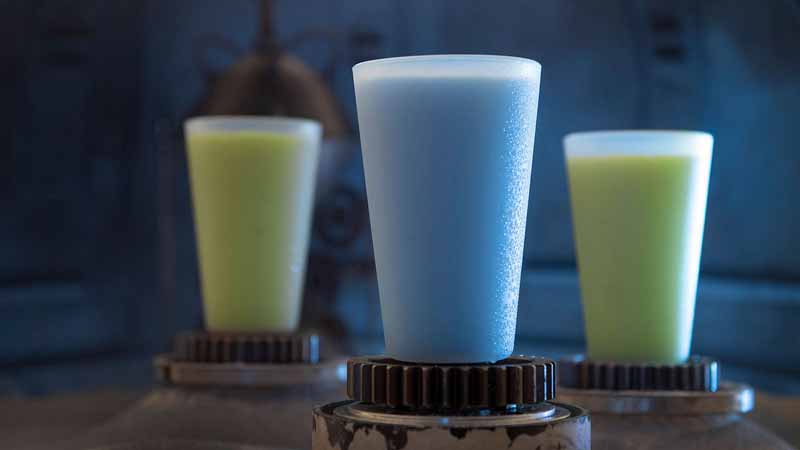 If you’re going to be in Batuu, you might as well dine on the local cuisine.

After their tasting adventure, Jared & Molly went on an even bigger adventure – Riding Smuggler’s Run. Here’s their ride review and walk-through:

Find Jared & Molly over on their YouTube channel and more here over time.