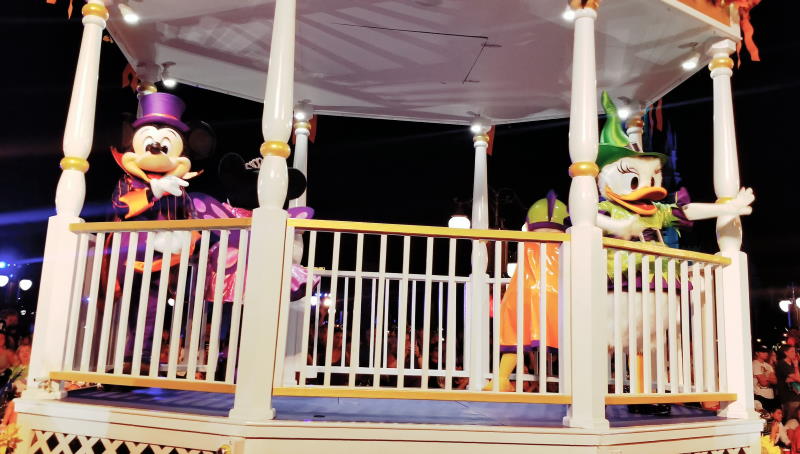 Mickey’s Boo-to-You Halloween Parade has been family favorite part of Mickey’s Not-So-Scary Halloween Party for years. In 2019, a few new scenes and characters have joined the slightly spooky fun. We dropped in as part of a media preview night to see what was new

The galloping Headless Horseman of Sleepy Hollow still proceeds the parade setting a spooky mood for the rest of the proceedings.

New this year are Constance – the spectral Bride from The Haunted Mansion – who floats along the parade for the first time this year alongside waltzing spirits and those famous Hitchhiking Ghosts. 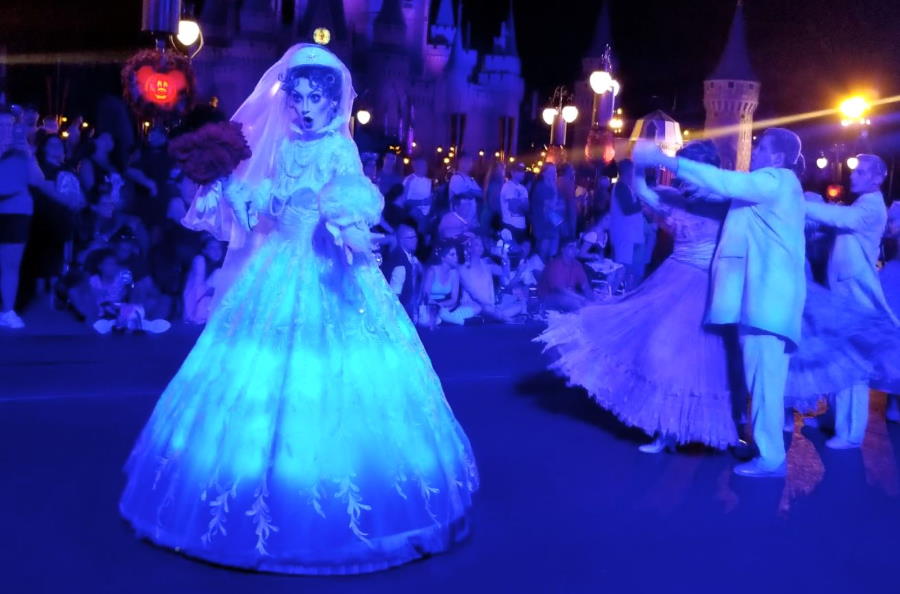 Pixar pals join the fun, too, including The Incredibles and designer extraordinaire Edna Mode, as well as Buzz Lightyear and alien explorers on a planetary playset float inspired by Pixar’s Toy Story films. 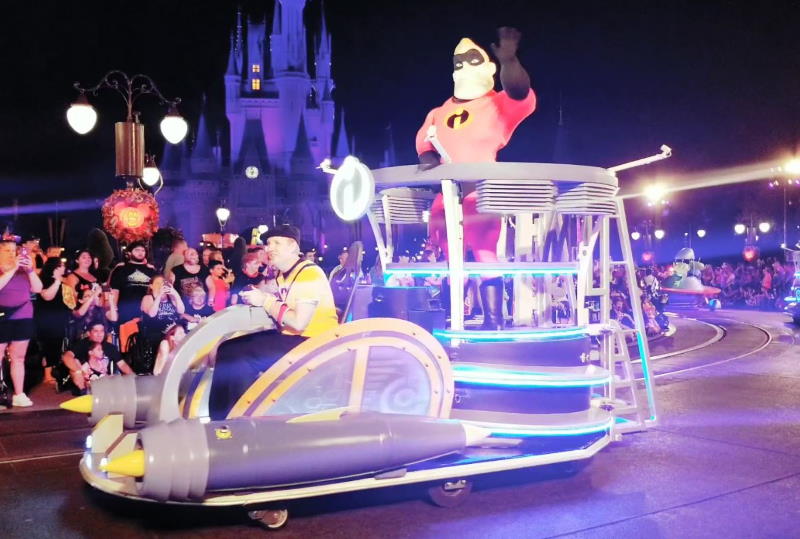 The Boo-to-You parade still opens with a flurry of beloved Disney friends, including Mickey Mouse and Minnie Mouse in new Halloween costumes.

Wreck-It-Ralph, Vanellope von Schweetz and the girls from Sugar Rush make sure there’s plenty of candy to go around during the parade.

In addition, Disney villains reigns over a Fantasyland-inspired grand finale.

If you want to see it in person, you have to make an appointment to see Mickey’s Not-So-Scary Halloween Party. That’s the only time Mickey’s Boo-to-You Halloween Parade performs for guests.

There are usually two showings of the parade a night (barring extreme bad weather). Your best bet at a good seat for the first parade is in Frontierland or take a seat along the parade route directly after the fireworks for a seat in the hub or along Main Street USA.

Remaining dates in 2019 for Mickey’s Not-So-Scary Halloween Party are:

Tickets for Mickey’s Not-So-Scary Halloween Party start at $79 (plus tax) and can be booked through Disneyworld.com or the Disney Reservations Center at (407) 827-7350. Children are encouraged to dress in costume and enjoy the spirit of Halloween with their families.