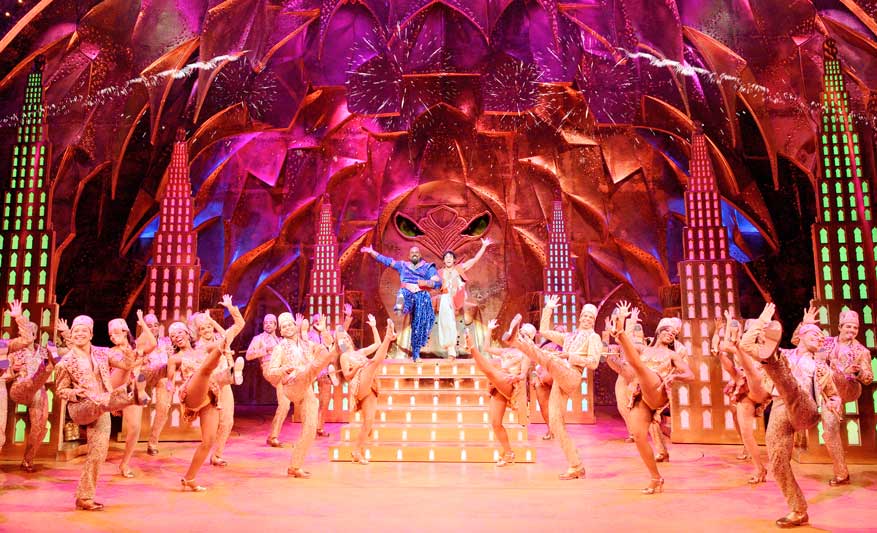 Disney Theatrical Productions has shuffled the cast of their Broadway and touring productions of Disney’s Aladdin musical. The popular musical debuted in 2014 and has been one of Broadway’s biggest earners welcoming over 10 million people so far and earning over $1 billion for its productions around the globe.

As happens from time to time people’s situations change and a update is needed in the cast. A recent set of moves has given Disney Theatrical the chance to welcome new stars and bring back a few old favorites to both its Broadway and north American touring acts. Clinton Greenspan will take over the title role, while Major Attaway returns to the role of Genie, a part he previously held on Broadway from February 2016 – February 2019.  Both Greenspan and Attaway join the Broadway cast directly from playing their respective roles on the North American tour.

Greenspan is an original Aladdin North American tour cast member, starting in the ensemble before assuming the title role, and has previously been seen on stage in productions of Romeo & Juliet, Dreamgirls, Fiddler on the Roof and the North American tour of Rudolph the Red-Nosed Reindeer. 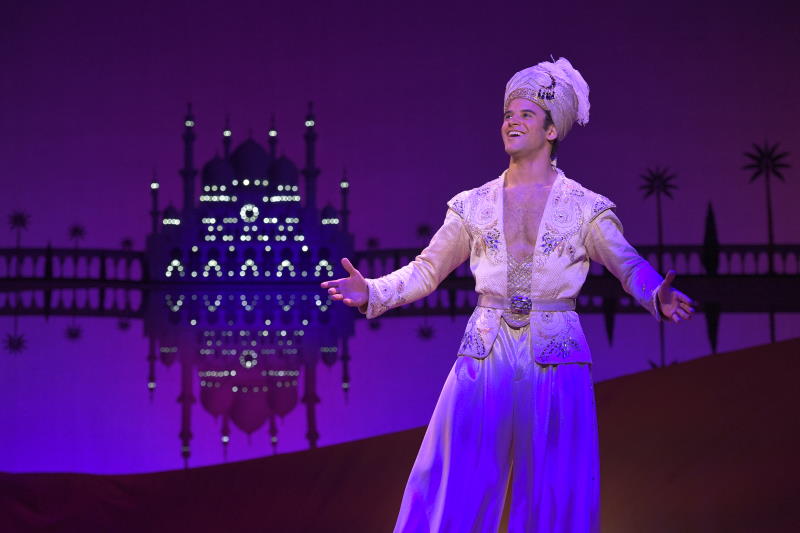 Attaway has appeared in productions of Hot Mikado, Hands on a Hardbody, Little Shop of Horrors, and Ain’t Misbehavin’.

The Broadway company also stars Arielle Jacobs (In the Heights, Wicked) as Jasmine, and Tony Award nominee Jonathan Freeman (Mary Poppins, The Producers, She Loves Me) as Jafar, bringing to the stage the role he indelibly created in the animated film. The show also features Brian Gonzales, Mike Longo and Brad Weinstock as Aladdin’s sidekicks Babkak, Kassim and Omar, JC Montgomery as Sultan and Don Darryl Rivera as Iago.

Jonah Hoʻokano will star in the title role, succeeding Greenspan, while Korie Lee Blossey will replace Attaway in the role of Genie.

Hoʻokano and Blossey begin performances as Aladdin and Genie, respectively, on September 10 in Charlotte, NC, where the tour will begin a limited three-week engagement at The Blumenthal Performing Arts Center.

Blossey, the original Standby Genie and Sultan on the Aladdin North American tour, has previously been seen on stage in productions of Tarzan, A Midsummer Night’s Dream, The Tempest, and Little Shop of Horrors.

Have you caught a performance of Aladdin the Musical on Broadway or on tour yet? What was your favorite part of the show?