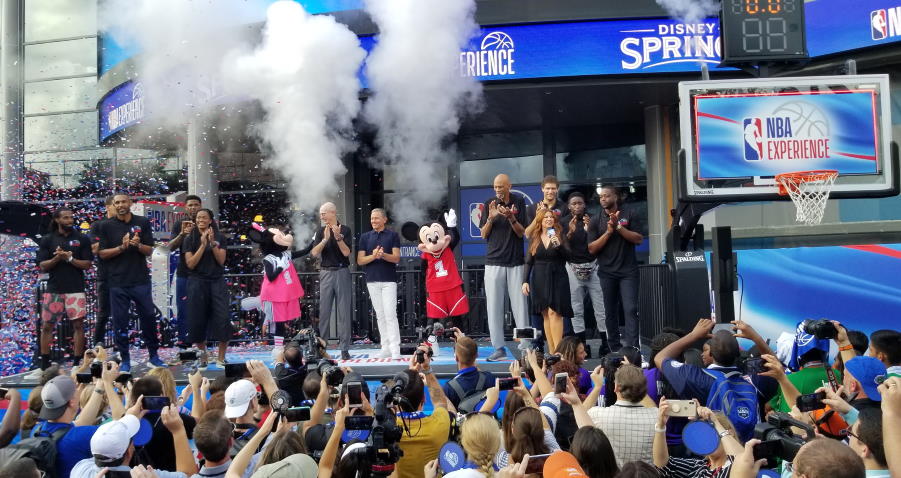 Disney Springs welcomed the some of the biggest names from the NBA and WNBA past and present to see the opening of NBA Experience. NBA Commissioner Adam Silver, Disney CEO Bob Iger and Mickey and Minnie Mouse were also on hand for the ceremony.

“NBA Experience lets everybody who loves the game, live it,” said Bob Iger. “We’re excited to open the doors to a fun and unique experience for fans of all ages.”

Watch highlights of the opening day events and get a peek inside the facility here:

“I want to thank Bob Iger and the Walt Disney Imagineering team for capturing the authentic NBA experience at this landmark destination at Disney Springs,” said NBA Commissioner Adam Silver. “Disney creates memorable experiences better than anyone, and we are thrilled to share the excitement of NBA basketball with fans and Walt Disney World guests from around the world.”

The first-of-its-kind destination from Walt Disney Imagineering and the NBA is a 44,000 square foot hall with two floors full of high-energy interactive fun. Thirteen different basketball-related activities will keep guests engaged in the world of professional basketball as they experience what it’s like to be one of the league’s stars.

Upon entry, guests feel as if they’re walking through the players’ tunnel at an NBA or WNBA arena. Visitors can experience what it’s like to be selected in the NBA Draft and step onto the court to make clutch shots and highlight-worthy slam dunks. NBA Experience also provides ample opportunities to learn more about the NBA and WNBA via interactive displays, films and trivia. The unique destination offers something for guests of all ages. 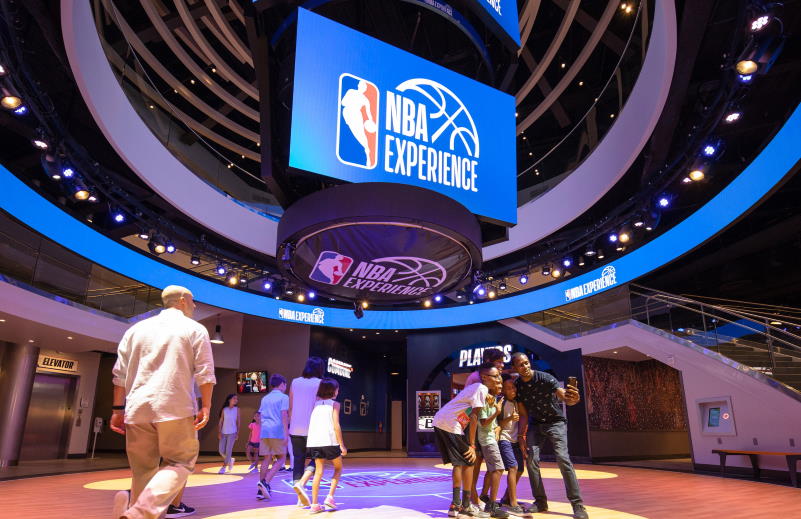 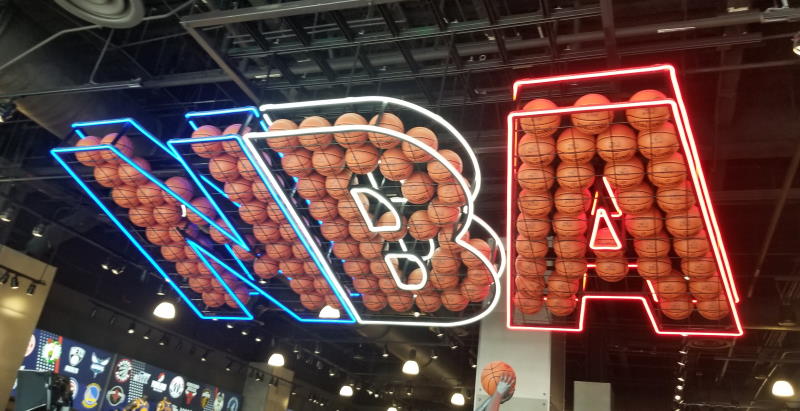 The NBA Store awaits after your fun inside

The West Side of Disney springs has been a bit down on things to do since Disney Quest closed and Cirque Du Soliel went dark to retool for a new show. It’s nice to see this area spring back to life. The question is, will guests be attracted to the experience?

A ticket to NBA Experience grants access to every activity, in any order guests choose, and they can return to stations throughout the day to improve performance or learn even more about the game, players and teams they love. They can also customize many of their experiences to showcase their favorite NBA or WNBA teams. The adjacent NBA Store offers official NBA apparel, collectibles and more, along with Disney products designed specifically for NBA Experience.