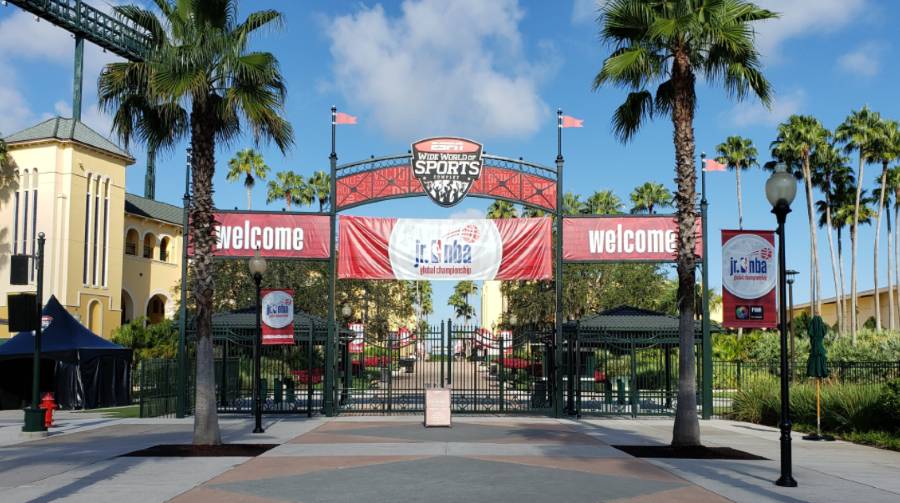 The event kicked-off with a ceremonial march of teams with all 316 youth players entering the HP Field House behind their region’s banner. Watch the march at the end of this highlights video:

After their grand entrance the athletes were seated in the arena where they watched some of their fellow athletes compete in games of skill and fun. 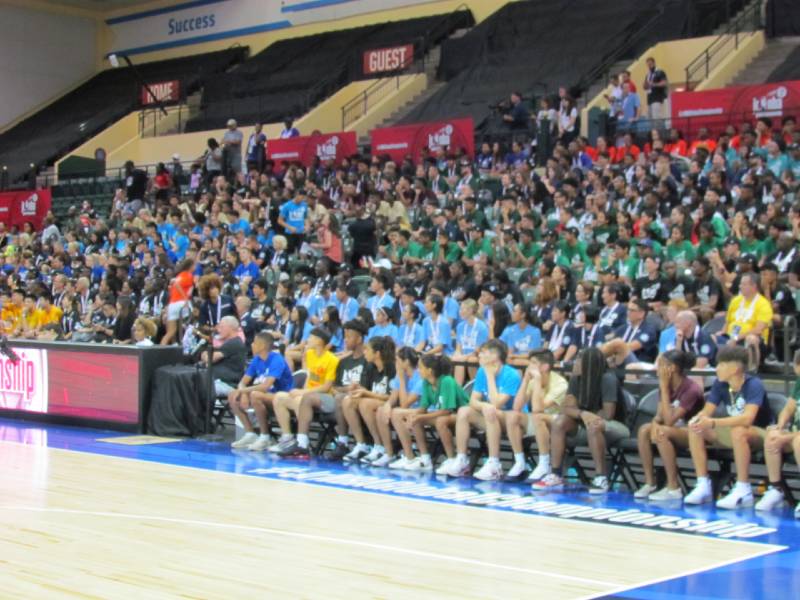 Following welcoming remarks, interactive activities and the ceremonial “first basket,” teams then headed to the Magic Kingdom for a little of that trademark Disney magic.

Throughout the week the athletes will compete in boys and girls brackets with every USA team getting a chance to compete against an international opponent. They will also all participate in the Jr. NBA “Developing the Total Athlete” educational series