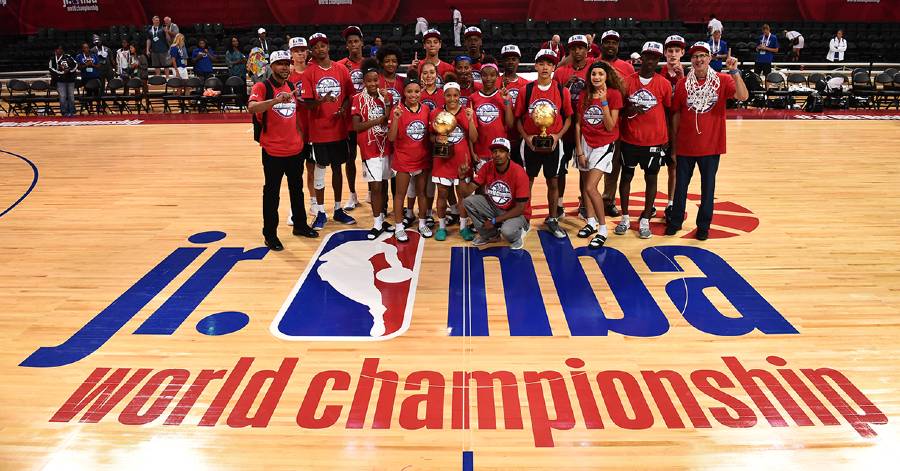 The National Basketball Association (NBA) and Walt Disney World are prepping for the second annual Jr. NBA Global Championship, a youth basketball tournament for the top 13- and 14-year-old boys and girls teams from around the world. It will be held Aug. 6-11 at ESPN Wide World of Sports Complex.

Last year was the first year of the Jr. NBA World Championship at ESPN Wide World of Sports and it helped christen the new Arena space. This year, Thirty-two teams will participate in a week of on-court competition and off-court programming centered on the Jr. NBA’s core values of teamwork, respect, determination and community.

FOX Sports will air 16 games throughout the week, totaling 24 hours of programming across FOX, FS1 and FS2, including the girls and boys Global Championship games on Aug. 11 at 3:00 p.m. ET and 4:30 p.m. ET on FOX, respectively. All games will be telecast live and simulcast on FOXSports.com as well as the FOX Sports app.

The Jr. NBA Global Championship will feature boys and girls divisions, separated into U.S. and international brackets that begin with round-robin play and continue with single-elimination competition. The competition, which aligns with the NBA and USA Basketball Youth Guidelines promoting player health and wellness, will culminate with the winners of the U.S. and international brackets playing in the Global Championship games on Aug. 11. On Aug. 8, the teams will take a break from gameplay to participate in an NBA Cares community service project during the day and a skills competition in the evening that will feature a three-point shooting competition and a dunk exhibition.

During the week long event, all 32 teams will participate in activities designed to reinforce the Jr. NBA’s core values and provide the players with development opportunities and memorable experiences. In the inaugural Jr. NBA Global Championship, the Central girls (Kansas City, Mo.) defeated the Europe girls team 68-38, while the Central boys (Overland Park, Kan.) defeated the Africa & Middle East boys team 60-50 in the Global Championship games. Sixteen players who participated in the inaugural event will be returning to play in the second Jr. NBA Global Championship.