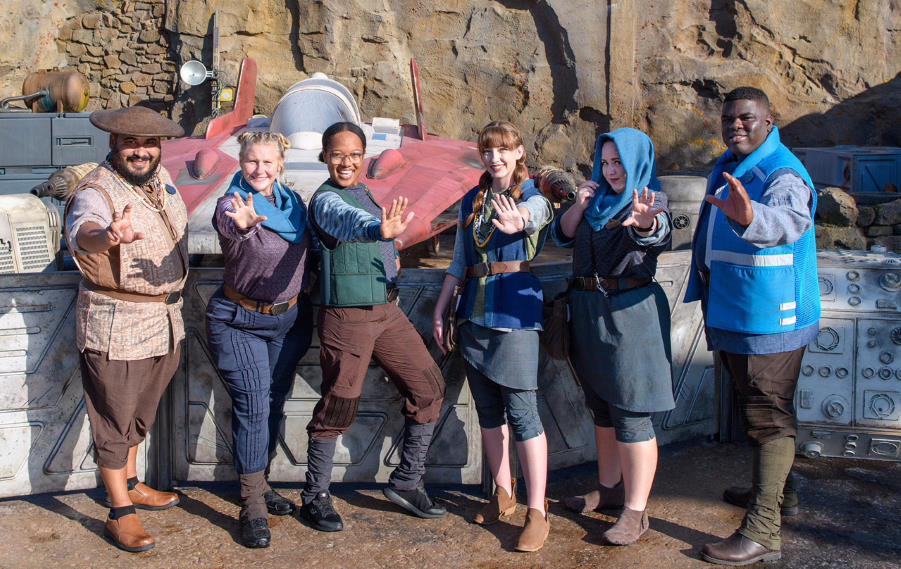 Star Wars: Galaxy’s Edge expansion at Disney’s Hollywood Studios has inavolved more than just adding a 14-acre themed area, it’s part of a period of major expansion across the Walt Disney World resort leading up to its 50th anniversary and beyond.

The Star Wars themed land will have an impact on the economy of Central Florida as it attracts tourists and jobs to the region. Disney estimates more than 7,000 have been created since the beginning of the project in 2016.

Among these new jobs are 1,700 operational roles, including leadership positions, entertainment performers, attractions engineers, and food and beverage and merchandise hosts and hostesses. In addition, jobs were created due to the support of both small and large Florida-based companies contributing more than 5,500 local trade, artisan and construction roles.

“The anticipation for Star Wars: Galaxy’s Edge is unlike anything else we’re experiencing at Walt Disney World Resort,” said Maribeth Bisienere, senior vice president, Walt Disney World Parks. “Our Cast Members make our parks uniquely special and we couldn’t create any of the memorable and immersive experiences for our Guests without their talents, passion and dedication.”

As part of the opening, the 1,700-member team had the opportunity to learn about the story of Black Spire Outpost on the planet Batuu, receive specialized name tags, and could customize their costume by hand-selecting apparel and accessories from an array of Resistance- and First Order-themed options, creating a unique Batuuan look and fully integrating them into life on the planet.

“I have such pride in our Cast Members and am so confident in the opening team as they bring Star Wars: Galaxy’s Edge to life,” said Phil Holmes, vice president of Disney’s Hollywood Studios. “This opening team is unparalleled and sets the stage in delivering out-of-this-galaxy experiences with guests traveling to Black Spire Outpost.”

Star Wars: Galaxy’s Edge officially opens to guests on August 29th in phase one with Millennium Falcon: Smuggler’s Run and all of the areas stores and dining locations. Phase two opens December 5th with the mega-sized Star Wars: Rise of the Resistance attraction opening to guests. Eventually there will be Star Wars themed boutique hotel and there is room for even more expansion in the land including a sit-down restaurant and a third attraction.