I won’t have the chance to visit Star Wars: Galaxy’s Edge at Disney’s Hollywood Studios until much closer to its official grand opening on the 29th of August. But I did have a friend of mine who was able to sneak in so I asked him to take some photos.

My friend is a creative marketer and designer so I was expecting good photos, but these are fantastic. I asked him to capture the details of the land, its vehicles, droids, and unique elements. He hasn’t been to Disneyland’s version, so this was all new to him.

The setting of Star Wars: Galaxy’s Edge is the outer rim planet of Batuu. It’s a former forested planet but over millennia all that’s left of the giant forests are huge spires of petrified wood. One of those spires is a dark black and a trading outpost sprung up around it – Black Spire Outpost. That’s what you’re exploring when you enter the Star Wars galaxy. From Grand Avenue area you enter through a tunnel carved, melted, out of rock You’re immediately transported by these lights and wiring You’ll encounter the “Rise of the Resistance” side of the land first, but that doesn’t open until December 5th. 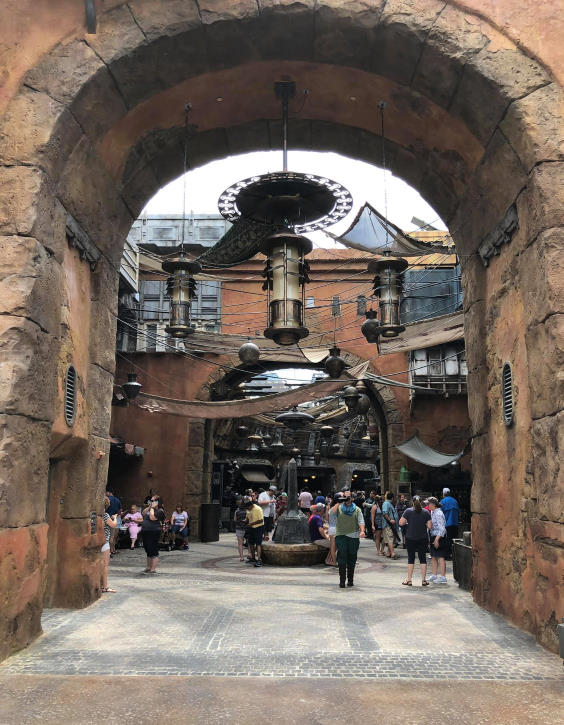 You’ll get a chance to wander through Black Spire 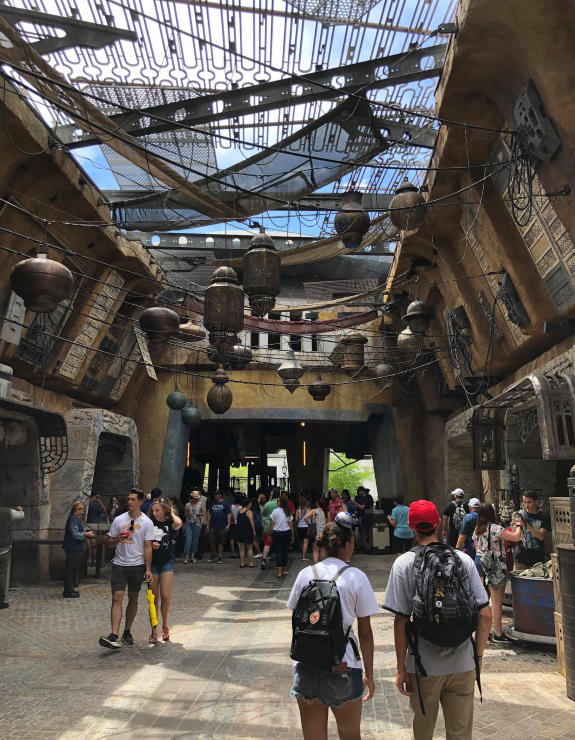 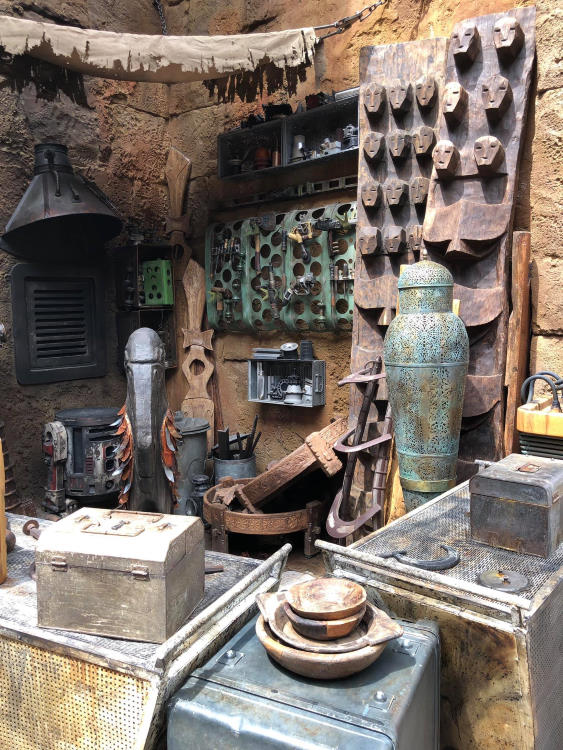 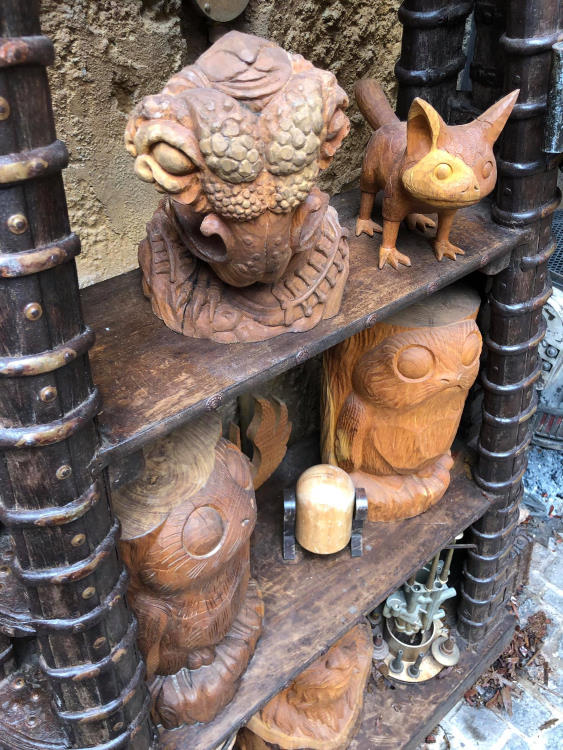 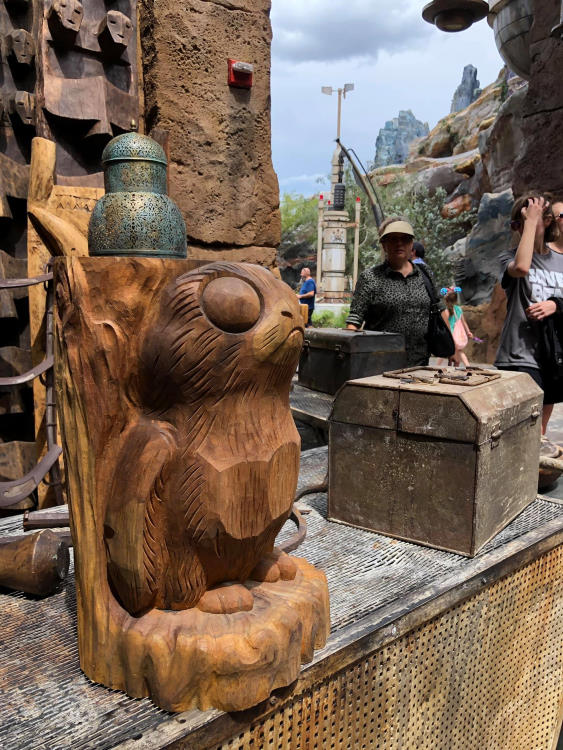 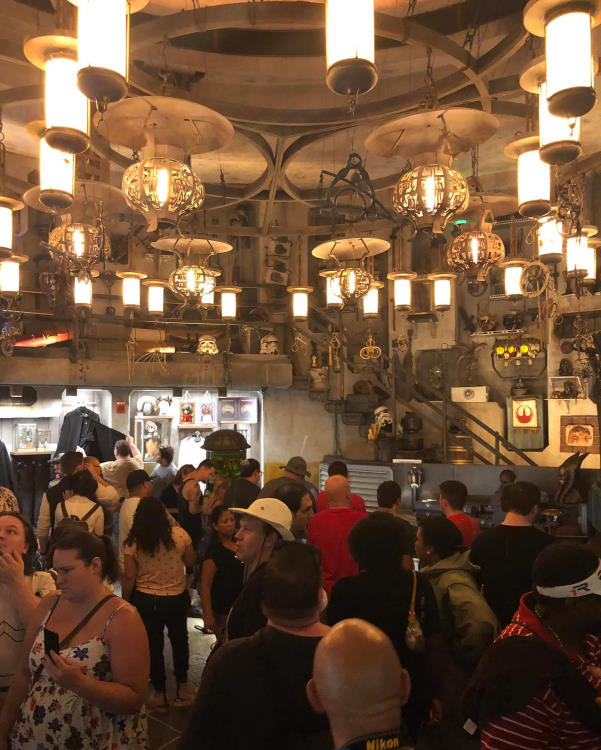 And of course there are stores

You may pilot the Millennium Falcon or encounter the First Order. You might see familiar faces from the recent films including Rey, Finn, Poe, BB-8, or Chewbacca. You’ll also meet the citizens of Batuu, some of whom are shop keepers, droid builders, or even resistance fighters. The First Order isn’t too far away

You get some up close encounters with Star Wars space craft, including the infamous fastest ship in the galaxy – Millennium Falcon. X-wing of the resistance 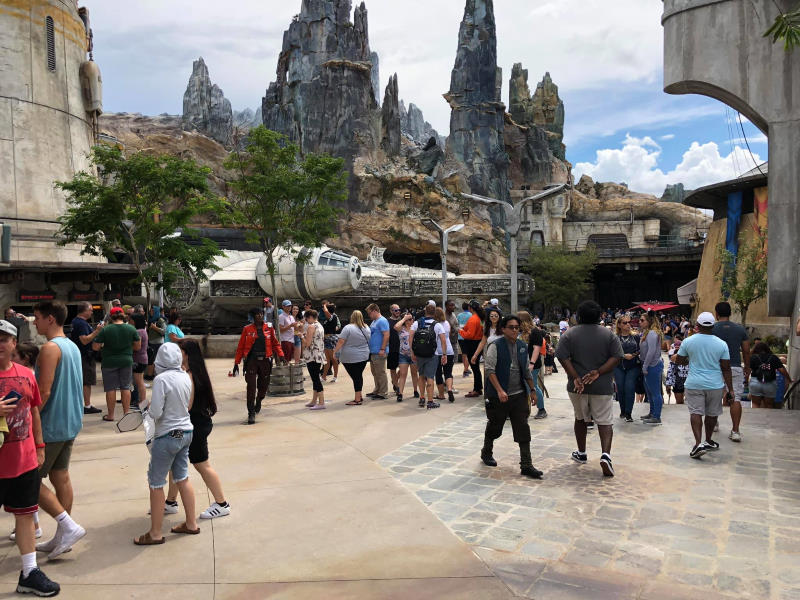 What a piece of Junk Ok, the piece of junk will do 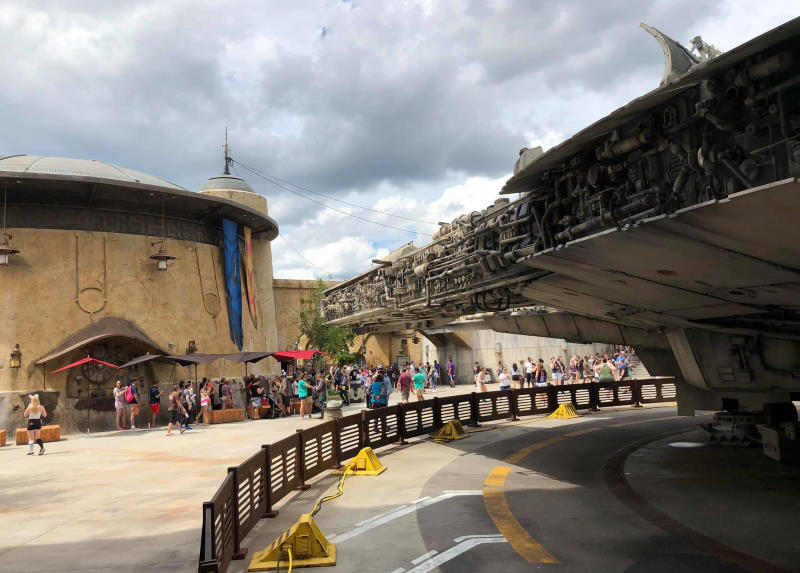 Looks ready for its next mission You came in that thing? 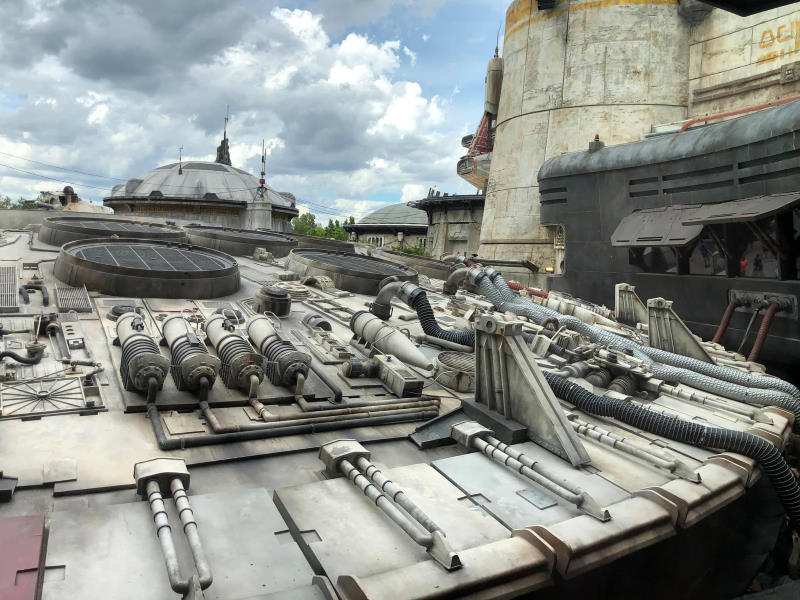 You’re braver than I thought 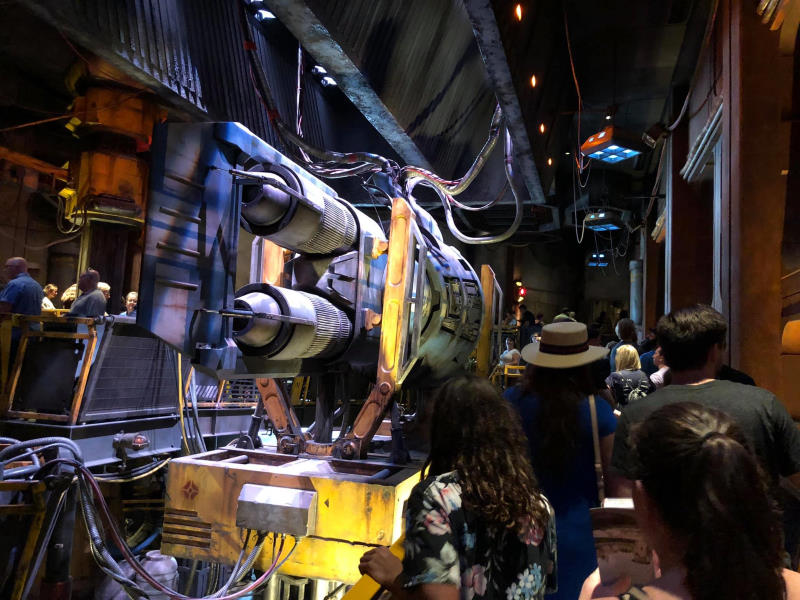 How long is the wait from here? 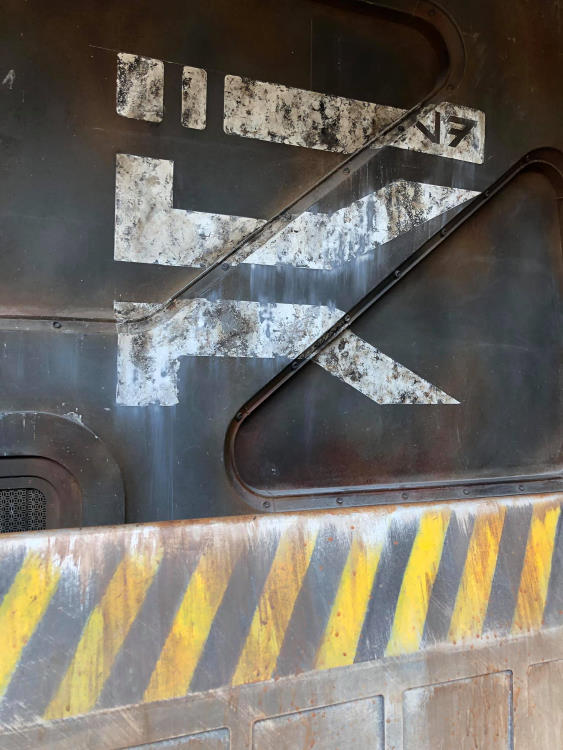 As you can see from these photos, the land is incredibly detailed and rich with storytelling. But everyone who has visited says the real magic are the people who inhabit Black Spire Outpost. Be sure to interact with them whenever your journey takes you to the spire!

I hope you enjoy these photos of Star Wars: Galaxy’s Edge as much as I do. If you need creating marketing services, I hope you’ll look up Justice Mitchell.