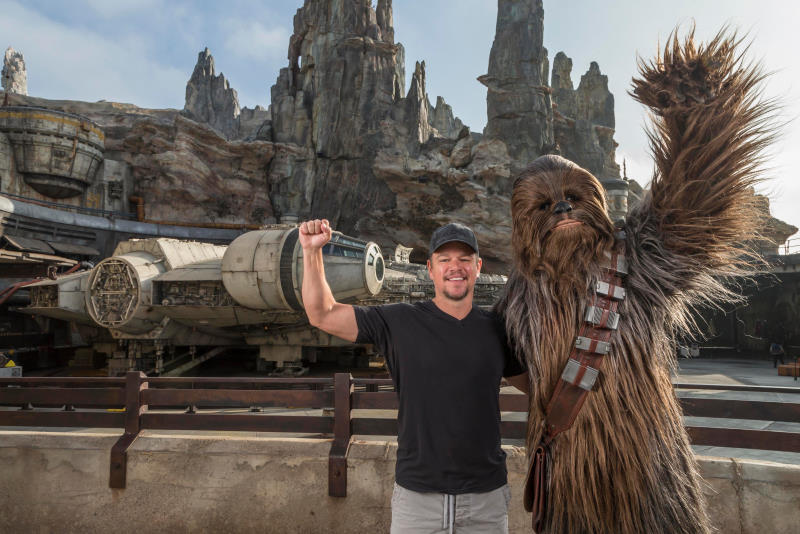 Actor Matt Damon traveled to a Galaxy Far, Far Away yesterday when he visited the planet Batuu and the Black Spire Outpost, part of the new Star Wars: Galaxy’s Edge expansion at Disneyland in Anaheim, CA. Damon met Chewbacca in front of the Millennium Falcon before later taking the controls of the fastest ship in the galaxy as part of the Smuggler’s Run attraction.

The Force was strong with Damon as he wielded a lightsaber for another special photo. 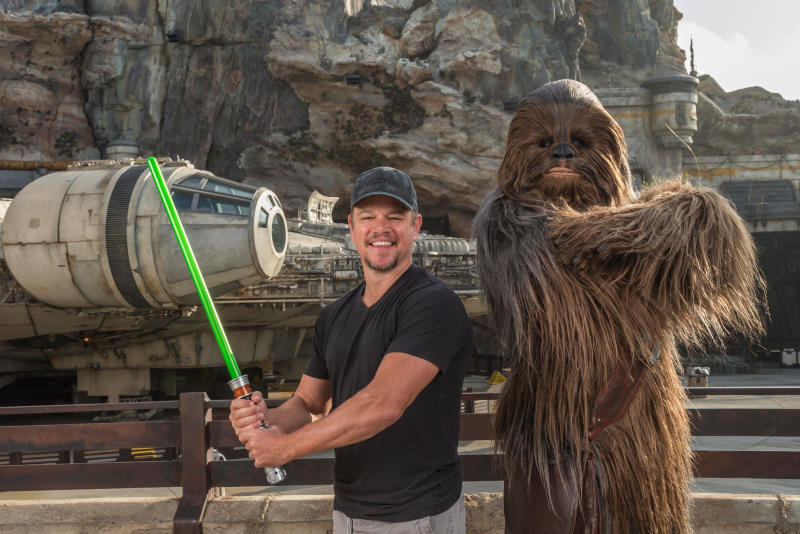 Disneyland has been a popular vacation spot for Damon and his family. In 2018 Damon met Edna Mode at Disney California Adventure’s remade Pixar Pier and in 2015 he was spotted on the Matterhorn Bobsleds.