Matt Damon took his daughter Gia to the Disneyland Resort to celebrate her entering her 10th birthday. From Good Will Hunting to The Martian, Damon is known for his ability to adapt to roles. Here he has the role of theme park dad down pretty pat. But would Edna Mode approve? Damon met the fashion icon from Pixar’s “Incredibles” movies while visiting Disney California Adventure. Those movie stars just know how to find each other, don’t they.

While visiting Disneyland Resort, Matt and his family were joined by friends as they rode Splash Mountain, Grizzley River Run, and the Radiator Springs Racers.

Matt Damon has been spotted at Disneyland a couple times over the years. Here he is splashing down on the Matterhorn bobsleds in 2015. 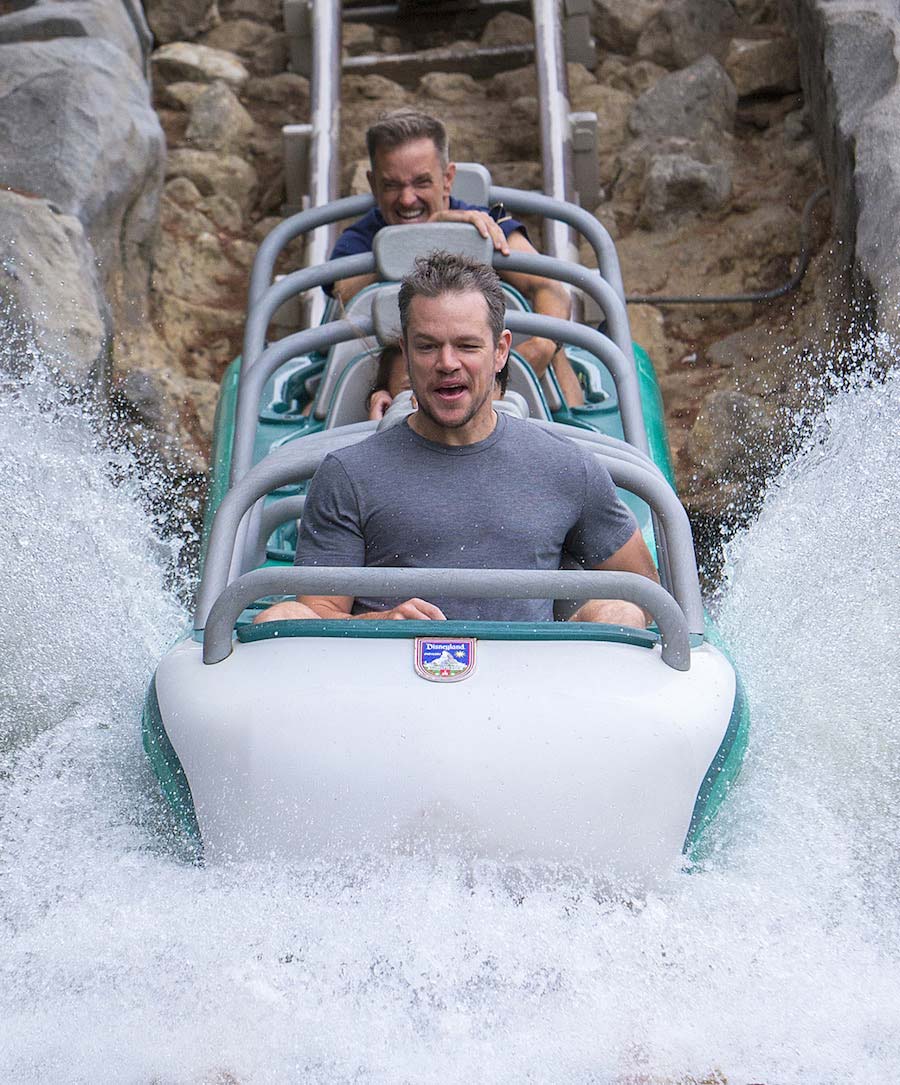 Which celebrities have you spotted in the parks?