This week while the rest of the world helped drive Disney’s The Lion King to a kingly $543.6 million global total at the box office, I watched the movie in a 4DX theater, courtesy a pair of complimentary media tickets.

I wasn’t alone, the theater was packed with guests, some of whom seemed a little surprised when the chairs started moving during the previews. Which is why the company wants to get the word out, I guess.

4DX technology takes a standard movie and turns it into almost a theme park experience. With 3-D glasses and the 4DX chairs, your movie really jumps off the screen. The 4DX technology makes your chair vibrate, it moves in sync with the movie, and a few other effects to emphasize action on screen. The theater itself has special lights, fans, ad other effects (like bubbles) that add extra dimension to the movie going experience.

Note, while you can’t turn off most of the effects, you can decide for yourself if you want the water misting effect via a toggle on your arm rest. 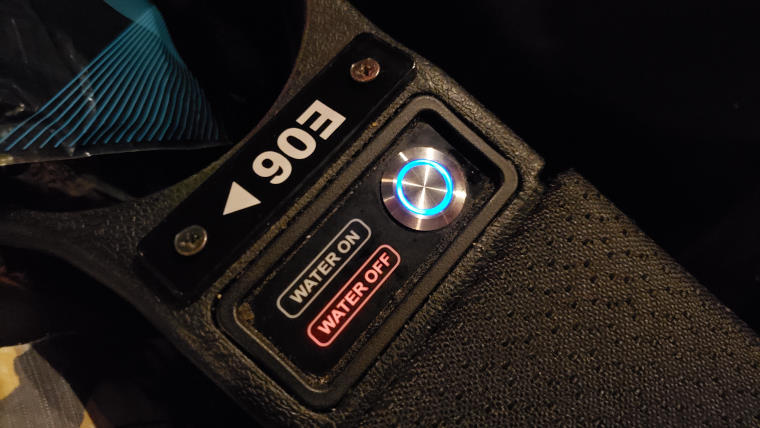 The advantages of seeing The Lion King in 4DX is the movie is short, just 118 minutes. The movie is also front loaded in action, so there’s a long section in the middle where the 4DX actions are smoother. While the 4DX additions are fun, there is such a thing as too much of a good thing, especially if the movie has a lot of action. I found the mix in The Lion King to be a lot more enjoyable than the previous film I saw (Solo: A Star Wars Story).

Previously: Where to see Disney’s The Lion King in 4DX.