The Otter Grotto at Disney’s Animal Kingdom recently reopened. The animal exhibit itself is mostly unchanged, but there is a new backstage space for animal care and some new signage that helps identify the area and activities to watch out for.

The enclosure looks mostly the same, but we did spot a few new areas for play (including a new water slide) and for animal care specialists to hide treats for enrichment. There’s also fresh grass and other greenery.

The day we stopped by there were four super cute young otters out exploring their world. They alternated between playing in the water, rolling around on land, and searching for any treats that might have been hidden for them around the enclosure.

We took a quick video of the Otter Grotto where the otters were out exploring and playing and the new area around the back where you can see the new large building. You’ll also notice a wider path into the Tree of Life gardens where you can spot more animals including Kangaroos.

Plus we grabbed a few pictures of the enhancements 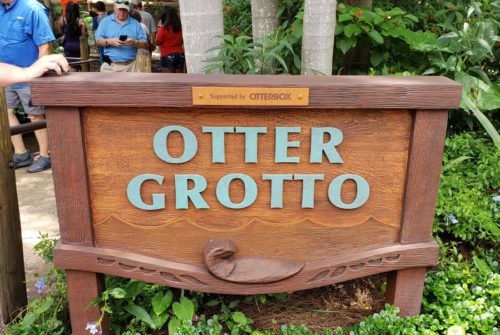 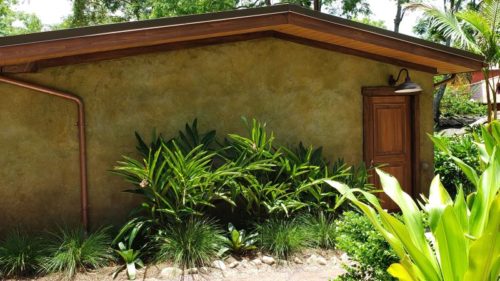 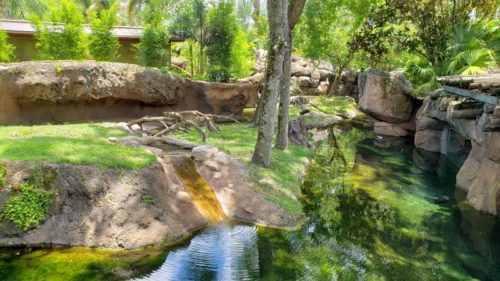 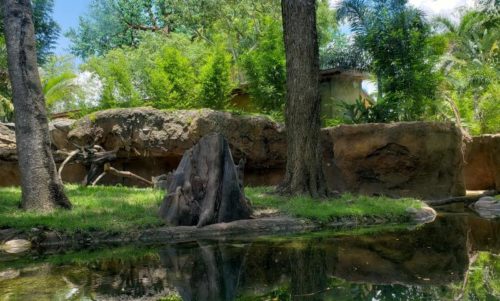 This stump houses a new feeder 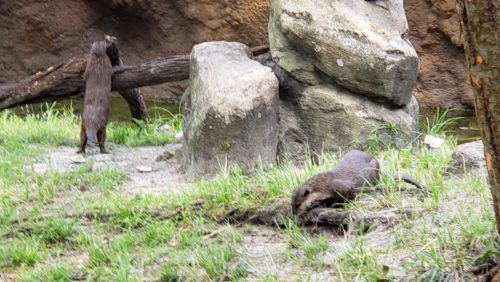 Of course, we saw cute otters at play 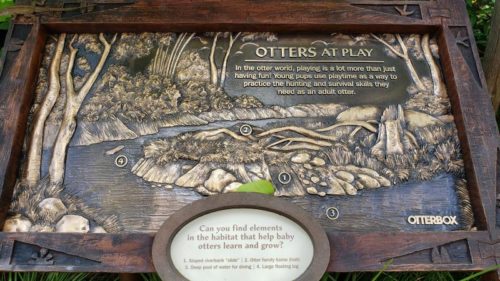 One of the new educational signs

The Otter Grotto opened early this spring, but this was our first chance to visit the new space.