Disney’s Imagineers have designed Star Wars: Galaxy’s Edge to be their most immersive land yet. Disney worked close with the master storytellers at Lucasfilm to encourage guests to live their own Star Wars stories when they land on the Outer Rim planet of Batuu. The result is many guests arriving in Star Wars inspired dress of all sorts.

This is exactly what Disney intended, but guests still have to comply with Disneyland’s costume policy which states that costumes may not be worn by anyone aged 14 or older. That said, ‘bounding,’ that is dressing up in a way that is inspired by a particular character or film, is 100% encouraged.

To help clarify what is acceptable and what crosses the line, Disney has issued these further guidelines: 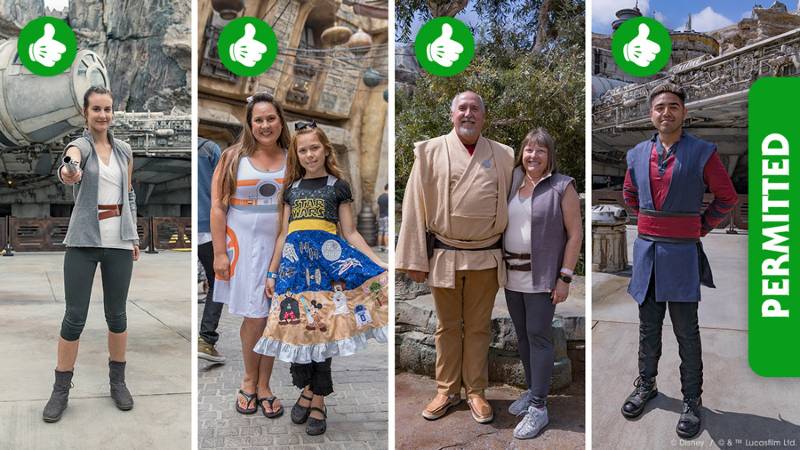 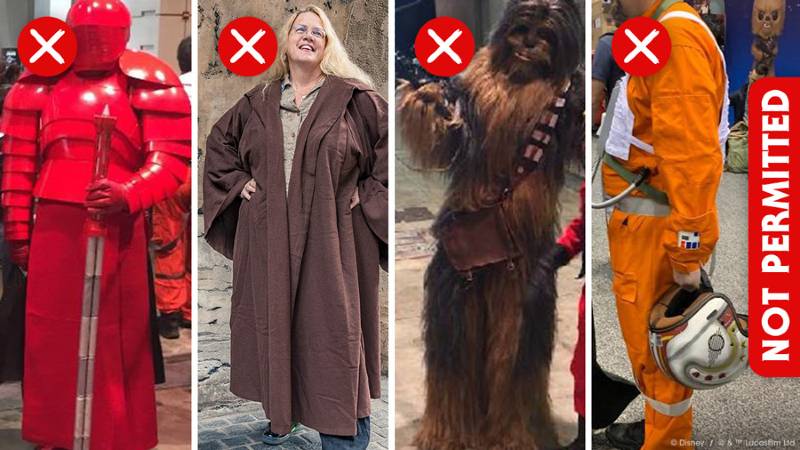 Please remember that proper footwear must always be worn as well. Also some apparel sold inside Star Wars: Galaxy’s Edge falls into the ‘not permitted’ category.

On June 24, the ability to drop in for a visit to Disneyland’s newest land will soon open to anyone willing to show up and wait in line. For now it still requires a reservation.

Are you inspired to dress up to help your immersion in the world of Star Wars: Galaxy’s Edge? Are you more inspired by the Resistance, the First Order, or a citizen of Batuu?