This weekend Toy Story Land hosted the press junket for Pixar’s Toy Story 4. The main voice cast of the movie were on hand to visit Toy Story Land, surprise a few guests, and answer questions from gathered media at Disney’s Hollywood Studios.

We love when Disney decides to hold press junkets in Orlando because it means we get a chance to attend. The Toy Story 4 press conference was actually held in the former Feature Animation building backstage at the park (it’s now home to the Disney hotel management offices) inside its movie theater. 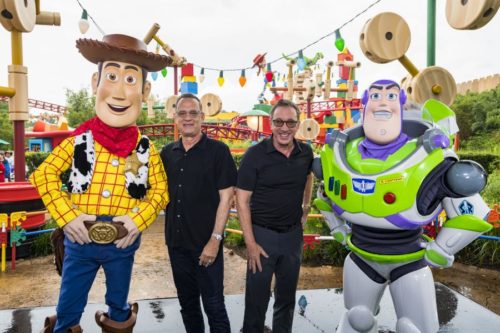 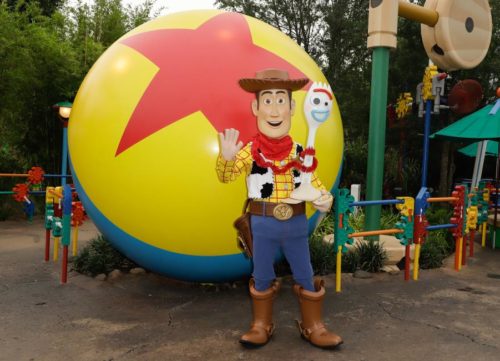 Woody was on hand with his new pal Forky Annie Potts poses with the character she voices – Bo Peep 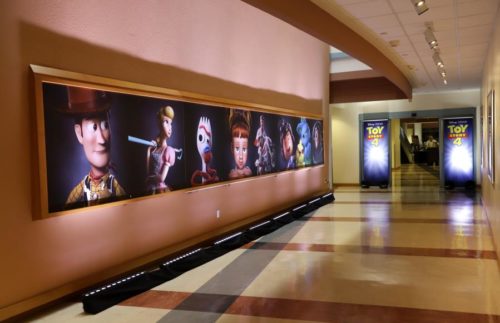 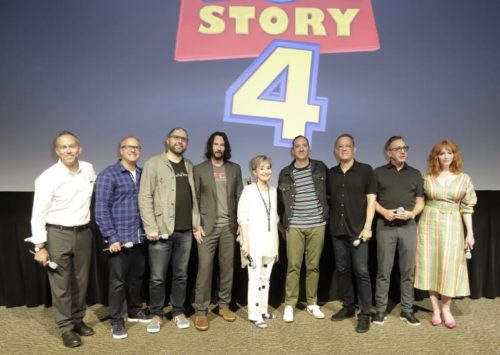 The assembled cast and crew of Toy Story 4 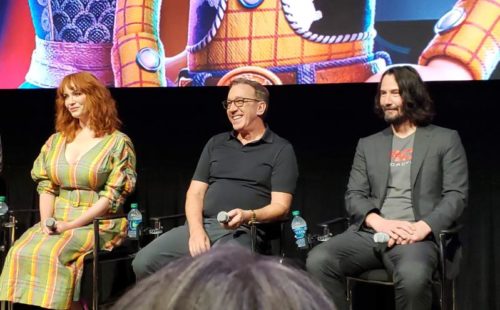 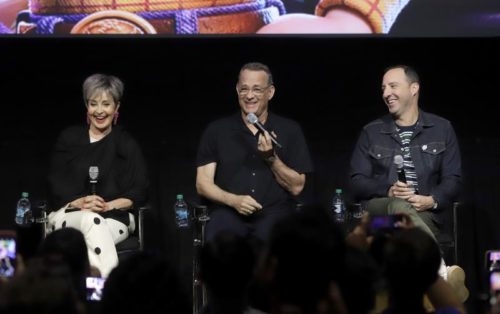 Were embargoed from offering a review or sharing anything too spoilery, but will have a few treats to share on social media over the next few days. We will say the trailers for the movie don’t do it justice. Look for our thoughts on the film on June 13.

In the meantime you can enjoy a special extended preview of Toy Story 4 inside Walt Disney Presents at Disney’s Hollywood Studios.

Directed by Josh Cooley (“Riley’s First Date?”), and produced by Jonas Rivera (“Inside Out,” “Up”) and Mark Nielsen (associate producer “Inside Out”), Disney and Pixar’s “Toy Story 4” ventures to U.S. theaters on June 21, 2019.