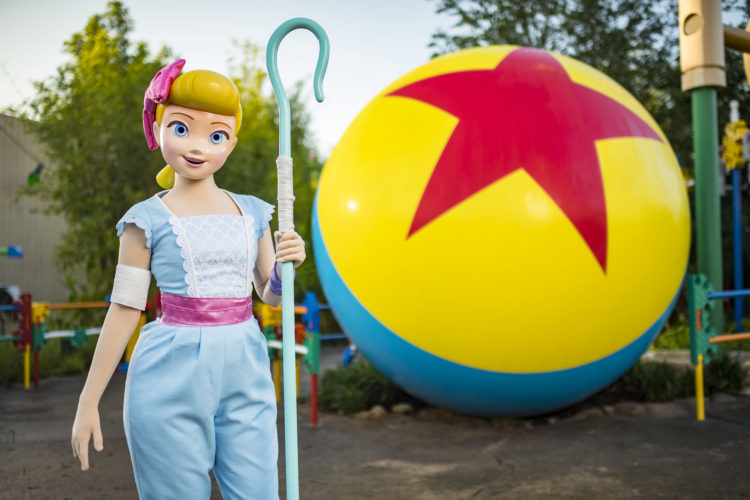 Bo Peep, from Pixar Animation Studios’ “Toy Story” films, is on her way to Toy Story Land at Disney’s Hollywood Studios for a special appearance all summer long. She’ll be sporting her new look from the upcoming movie “Toy Story 4.”

In the new movie Bonnie takes the toys on her family’s road trip, Woody ends up on an unexpected detour that includes a reunion with his long-lost friend Bo Peep, whose adventurous spirit and life on the road belie her delicate porcelain exterior. Woody and Bo are worlds apart when it comes to life as a toy, and they soon realize that’s the least of their worries.

Later this summer Bo Peep will be making her way around the world, visiting guests at Disneyland Paris, Pixar Pier at Disney California Adventure and across the Pacific at Disney’s theme parks in Asia. 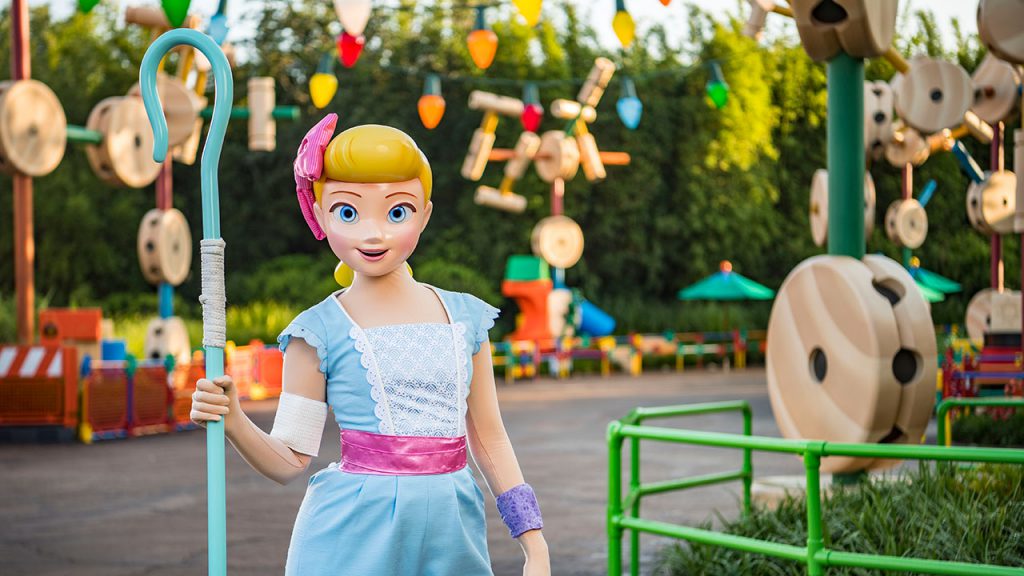 The look of the new Bo Peep walk around character has been raising some eyebrows online eliciting comments like ‘creepy’ and ‘horror film doll.’ The eyes are definitely not natural, I do like the smile and the rest of the outfit. She’s a porcelain doll, which I think they’ve captured quite well. I’m reserving comment until I see her in person.

Later this week “Toy Story 4” will have its world premiere inside Toy Story Land at Disney’s Hollywood Studios.