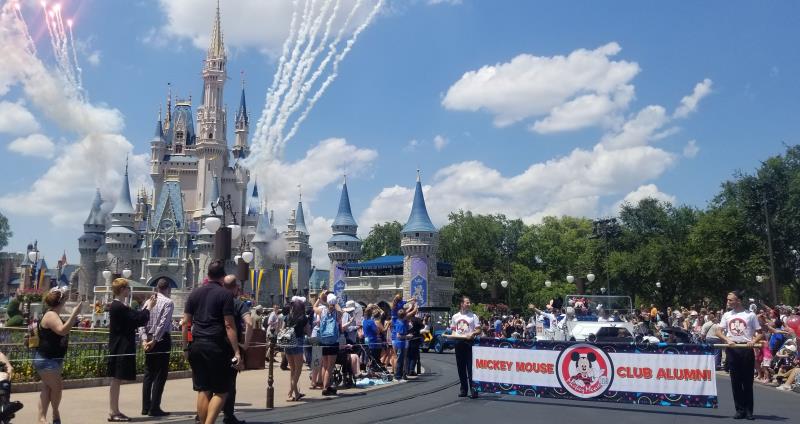 This weekend, cast members from The All New Mickey Mouse Club are reunited in Orlando to celebrate 30 years of making magic. The weekend started off with a pre-parade cavalcade at the Magic Kingdom. The 30th Anniversary Celebration reunion continues with events at Epcot and MegaCon in Orlando this weekend.

The pre-parade cavalcade featured Mouseketeers from all seven seasons of “The ‘All New’ Mickey Mouse Club.” Reunions are always sweet and seeing the Mouseketeers back at the Magic Kingdom Park was a special treat for guests and for the cast members themselves.

Disney shared a few special moments with the show’s alumni in this video:

The ‘All new’ Mickey Mouse Club, which premiered on the Disney Channel in 1989, was originally filmed at Disney-MGM Studios (now Disney’s Hollywood Studios) and the first season was even involved in opening the park.