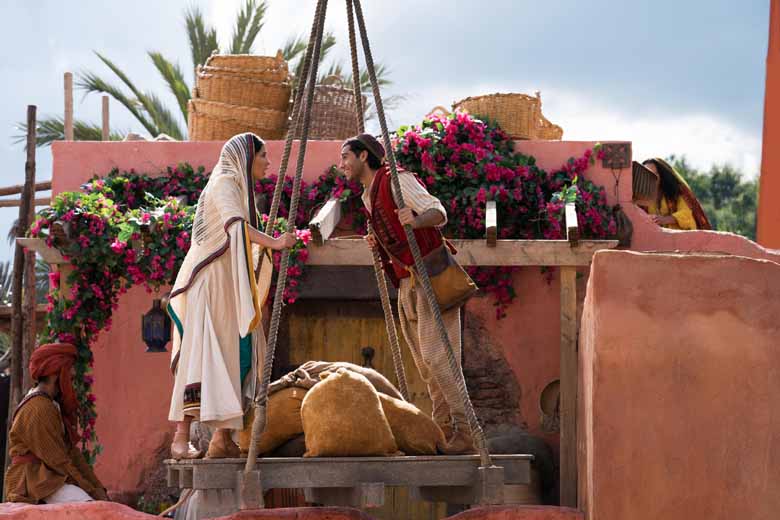 The new live-action version of Disney’s Aladdin features a whole new cast and a new director, but many of the people who worked on the music of the original have returned for this film. This time they’re bringing 20+ years more experience to the gig not to mention the experience of writing new songs for the stage musical version of Aladdin.

The score and songs by eight‐time Academy Award winning composer Alan Menken and Oscar‐winning lyricists Howard Ashman and Tim Rice from the 1992 film are perfect as is, but director Guy Ritchie wanted to make them feel more contemporary, both lyrically and musically…an idea that Menken embraced wholeheartedly. The songs in the animated film were embedded in the music of the Arab world with flourishes of jazz here and there. Menken’s new arrangements incorporate pop elements and showcase the musical talents of Will Smith.

The lyrics for “Prince Ali,” the film’s biggest song‐and‐dance production number, were tailored to better fit the actor’s persona. Says Smith, “‘Aladdin’ is a rare combination of cinematic tools. Very few films have singing, dancing, drama, comedy, action and special effects…all those elements in a single movie, and we have it in a single scene.”

Disney’s made this clip available as a preview:

“Guy really wanted to take chances with the music but at the same time he was deeply respectful of the original songs,” continued Smith. “He knew how he wanted it to sound and how he wanted it to feel but gave me the freedom to use my hip‐hop background and bring a fresh vibe to it.”

The live‐action score is very symphonic and resonant of old Hollywood in many aspects. “Most of the time Guy likes things to be very spare, but there are times when the score just explodes,” says Menken. “It is obviously pulled from the themes of the songs, almost exclusively, but it is much more live action in its textures and its tone.” 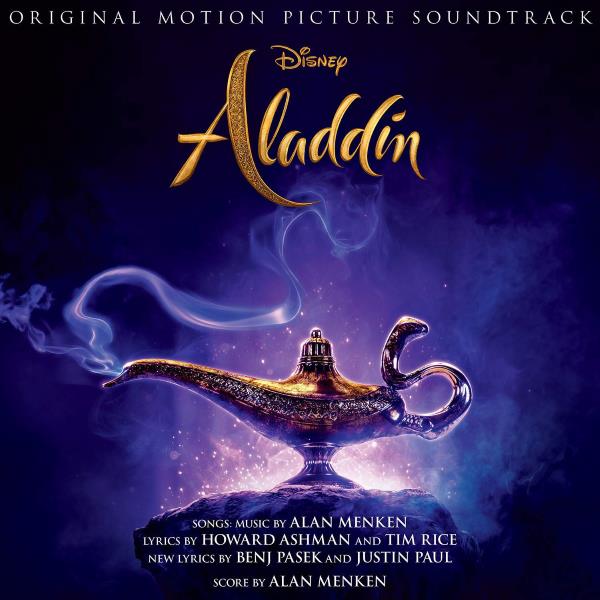 Other updates to the score include:

As is the tradition, Disney has commissioned a pop rendition of one of its songs from the end titles of the film. That’s ZAYN and Zhavia Ward singing “A Whole New World.” I’ll be honest, I don’t know either of these performers, but you they do a great job of looking longingly into the distance in the music video.

“The selection of artists, producer and tonal direction was critical for the success of updating a classic song like this,” said Mitchell Leib, president of Music & Soundtracks for the Walt Disney Studios. “ZAYN’s vocals are like no other and his artistic imprint immediately brought a contemporary and diverse presence. Additionally, ZAYN could have chosen any artist in the world to collaborate with on the duet, but he personally selected Zhavia for her unique perspective, powerful vocal abilities and to platform a talented new artist, ensuring that the audience could discover this song, again, for the first time.”

You can watch the official video here:

You can pre-order the musical soundtrack for Disney’s Aladdin on Amazon today where your purchase will help support The Disney Blog. Thank you.