After Star Wars’ ‘Skywalker,’ next film will come from “Game of Thrones” creators 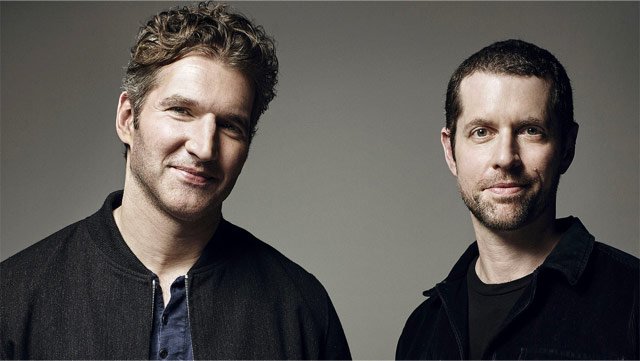 “Star Wars: The Rise of Skywalker” marks the end of what’s known as the Skywalker saga, a trilogy of trilogies that follows members of one family through decades of galactic change, which they frequently found themselves at the center of. The series started with the fall of a republican galactic government, then the rise and fall of a galactic empire, and the battle over who will rule in the vacuum created by those events. If it sounds archetypal, that’s because that’s how George Lucas envisioned it.

Now Disney’s CEO Bob Iger is confirming for the first time who will take the reins of the next all-new Star Wars trilogy. It will be the creators of HBO’s hit 8-season series “Game of Thrones” – David Benioff and D.B. Weiss. They’re in early pre-production already, getting the story together and such, but still mostly focused on putting a bow on the final season of GoT.

However, with the first of the next trilogy film not set for release until December 2022, the pair have a little time before they have to begin casting and filming. Although not that long really, a two year production and post-production schedule is not that unusual on a movie as big as Star Wars.

“David and Dan are some of the best storytellers working today,” said Kathleen Kennedy, president of Lucasfilm in an earlier statement. “Their command of complex characters, depth of story and richness of mythology will break new ground and boldly push Star Wars in ways I find incredibly exciting.”

“In the summer of 1977 we traveled to a galaxy far, far away, and we’ve been dreaming of it ever since,” Benioff and Weiss said in an earlier joint statement. “We are honored by the opportunity, a little terrified by the responsibility, and so excited to get started as soon as the final season of Game of Thrones is complete.”

There’s no word on what period Benioff and Weiss plan to explore, but there are some hints they’re going back to the foundation of the first republic — itself a 1,000 year period of bloody battle. Sound familiar?

From previous reports we also know that “The Last Jedi” director Rian Johnson is working on his own ideas for a second trilogy that will be separate from the films created by Benioff and Weiss. We just don’t know if he’ll have to wait until 2028 to release the first movie, or if Disney will find a way to squeeze it in early.

1 thought on “After Star Wars’ ‘Skywalker,’ next film will come from “Game of Thrones” creators”