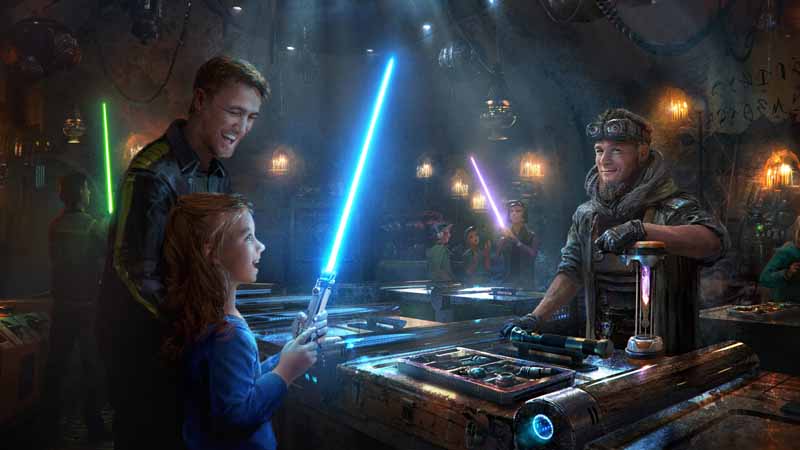 In the build up to “Star Wars: Galaxy’s Edge” opening later this month, most of the focus has been on the one big attraction that will open with the land – Millennium Falcon: Smuggler’s Run. While we have to wait until later in the year to ride Star Wars: Rise of the Resistance, that doesn’t mean there isn’t much to to do in Black Spire Outpost. In fact, the whole land is full of mini-attractions in the form of unique shopping experiences.

One of those is Savi’s Workshop, where guests will be able to build their own customized lightsaber. But this being Galaxy’s Edge you don’t just walk-in and assemble a souvenir. There’s a show involved.

The store features workshops hosted by the Gatherers – a group of men and women who have “dedicated their lives to restoring balance in the galaxy by passing on their knowledge of the Force and the ancient ways of the Jedi.” They will be your guide as you create your own unique customized lightsaber.

Based on what we’ve heard about this shop and the job description Disney posted for people to play Gatherers, the show will be similar in spirit to Ollivander’s Wand Shop in the Wizarding World of Harry Potter areas at Universal Studios. It’s a pretty cute show, so if Disney’s able to do them one better, then it will be a great experience for guests.

The Gatherers chose to hang out at Savi’s workshop due to the junkyard he’s assembled, which operates as a front to hide his clandestine mission of guiding the next generation of Force wielders to create their own lightsabers. Among the items he’s collected are interesting odds and ends, kyber crystals, and other saber parts from around the galaxy. Of course, there are myths and stories to share as well.

You’ll need to work to find the shop by hunting for a special symbol (perhaps use your Batuu mobile app) and give a secret phrase to the Gatherers to enter. Guests will then encounter a Builder’s Table where they can assemble the ancient pieces Savi has salvaged from across the galaxy, choose their crystal, and build their lightsaber. 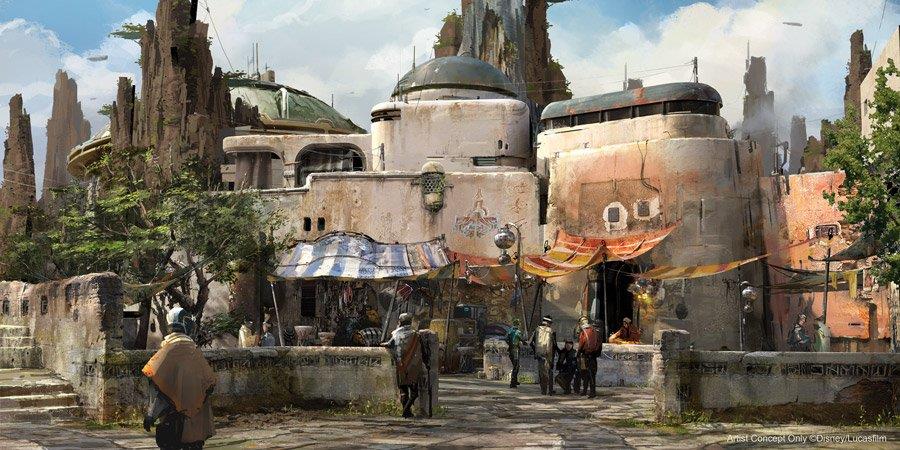 There are four themes of lightsabers that guests can build:

Peace and Justice: Salvaged from fallen Jedi temples and crashed starships, these lightsaber pieces were created for Force wielders of the Republic era. The simple designs reflect the commitment to the devout life of those whom they were created by – the Jedi Order – the once guardians of peace and justice in the galaxy.

Power and Control: Reclaimed from the ashes of the rumored Sith homeworld and abandoned Sith temples, these lightsaber pieces were originally forged by the Sith of their time. Characterized by sharp and strong forms, these pieces showcase the brutality and relentlessness of the Sith’s insatiable desire for power and control.

Elemental Nature: As we have been told, The Force is an energy field created by all living things; it surrounds us, penetrates us and binds the galaxy together. These lightsaber pieces are born of that same Force. They are as unique as the user and as the elements of nature: the wood from a Brylark tree, a bone of the Cartusion whale or even a tooth from a Rancor.

Protection and Defense: Cultivated from a time forgotten, these earliest lightsaber pieces contain designs and inscriptions that are shrouded in mystery. Believed to be created for protection and defense, conferring anonymity and symbolizing emotional detachment, a lightsaber made from these pieces reconnects the user with the most ancient wellspring of the Force. 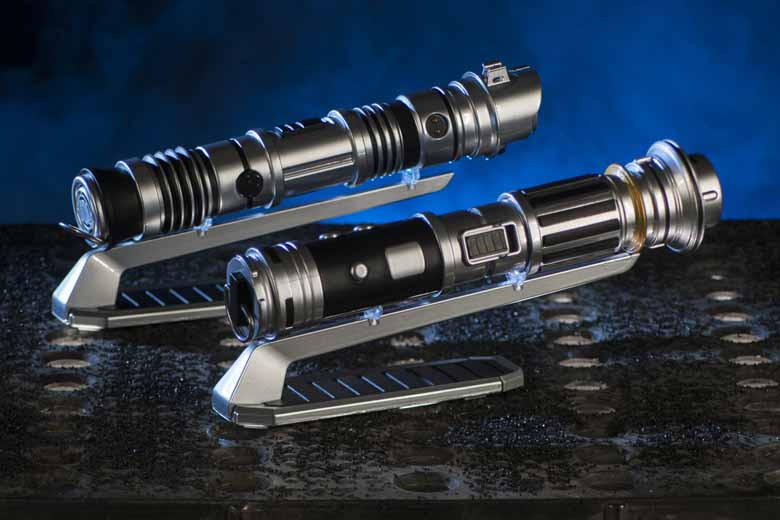 While there are plenty of places to build a lightsaber at Disneyland and Walt Disney World right now, by adding backstory, actors, and additional show elements, this will immerse guests in the world of Star Wars making their lightsaber more than just a simple souvenir.

Reminder, that unless you have a reservation to Disneyland’s Galaxy’s Edge, you won’t be able to get in before June 24th. Walt Disney World opens theirs on August 29.

previousAfter Star Wars’ ‘Skywalker,’ next film will come from “Game of Thrones” creators
nextIs a third live-action Star Wars series in the works for Disney+?