This week we finally had the chance to drop in and watch the extended preview of Aladdin at Disney’s Hollywood Studios. It’s playing inside “Walt Disney Presents” in the Walt Disney Theater. The special sneak peek is composed mostly of a couple extended cuts from early in the film. First the chase through the marketplace with Aladdin and Jasmine as they sing “One Jump Ahead” and the other and the first time Aladdin and Abu encounter the Genie in the Cave of Wonders.

There were a few moments of the first clip where we weren’t sure if there was a technical issue with the film or if director Guy Ritchie was going for something more like a music video, where he got his start. We’ll give Ritchie the benefit of the doubt here.

The other odd moment is that the Capuchin monkey Abu, Aladdin’s sidekick in the movie, is entirely digital. He sort of comes and goes from the extended clips without much of a reason why. The animation is really good, but its still obvious its a digital creation, not a real monkey. That’s too bad.

In the lobby ahead of entering the Walt Disney Theater to see the special preview, one could spend a few minutes admiring one of Jasmine’s costumes from the movie. 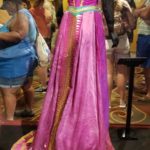 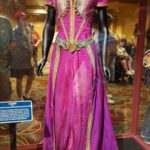 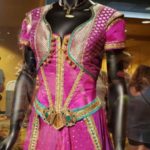 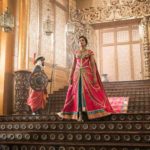 Disney also has released a new TV spot that shows how it takes confidence to be Aladdin:

It’s clear from all the trailers and sneak peeks that Disney’s Aladdin is a visual feast. The movie is currently tracking for an $80 million opening weekend in the US. Are you planning on seeing it opening weekend?

Aladdin flies its Magic Carpet into theaters on May 24, 2019

previousWhat the new Pixar Toy Story 4 trailer tells us about Keanu Reeves Daredevil character!
nextMarvel’s Agents of SHIELD Season 6 Official Trailer Brings Back The Dead or Does It?