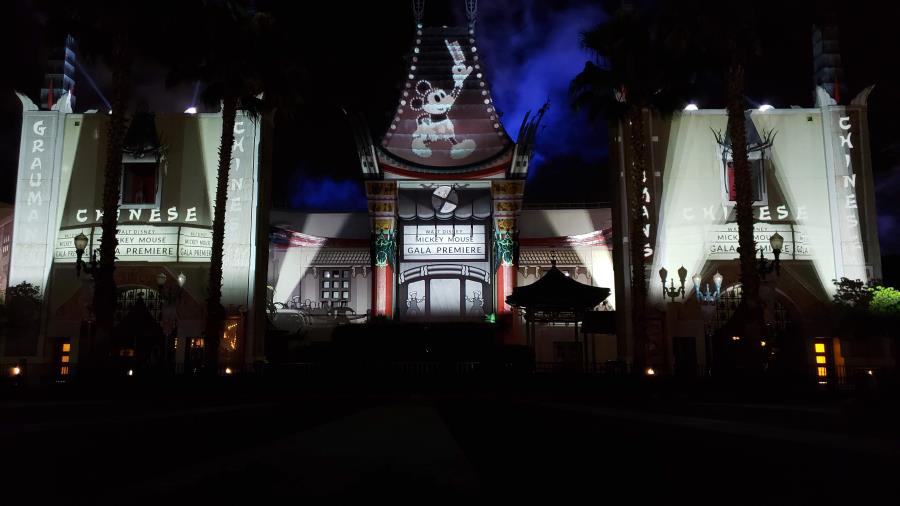 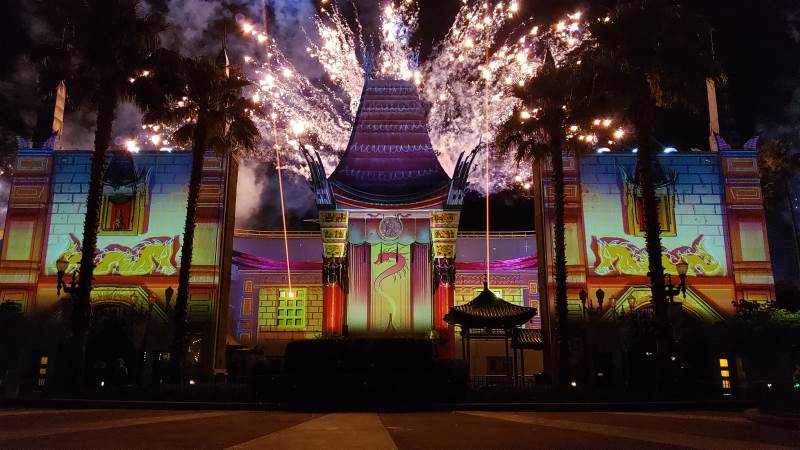 Wonderful World of Animation debuts tonight at Disney’s Hollywood Studios, but we were treated to a special preview last night at a media event for the park’s 30th Anniversary, which is also today. The show lives up to its name and is an 11-minute walk through Disney animation history and its present hits, including Pixar. There’s no way to fit it all into that sort time frame, but it felt like they got most of it.

Like other digital projection shows at Disney’s Hollywood Studios, the best view is close enough to the Chinese Theatre where you can make out the detail and far enough away where you can absorb some of the scope. So, somewhere in the central stage plaza is good.

But a show like this really invites multiple viewings as the ‘wings’ of the show on the buildings to either side of the Chinese theater is often where the action is. This loving tribute to Disney’s rich history of animation is a perfect fit for Disney’s Hollywood Studios!

Here are a few photos highlights from the show last night to give you a flavor of what to expect. (Click to embiggen)

The show will run nightly ahead of the Star Wars Galactic Spectacular digital projection and fireworks show. Be sure to stick around for that one too.

Previously: Behind the scenes on Disney’s Wonderful World of Animation