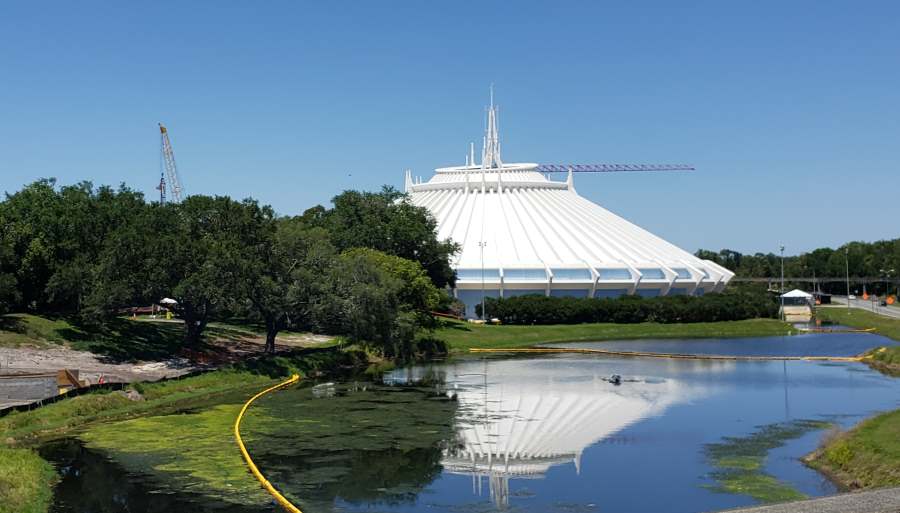 Work continues at the Magic Kingdom to accommodate the TRON-themed roller coaster which is expected to open in 2021 for the resort’s 50th anniversary. The project includes a re-routing of the Tomorrowland Speedway, changing the Walt Disney World Railroad, expanding a retention pond or two, and some general improvements around Tomorrowland.

At the Tomorrowland Speedway workers continue to refurbish the cars while the track has one of its sweeping turns shortened just a bit. The work on the track itself appears to be just about complete. A barrier between the track and construction on the nearby coaster looks in place. With a little landscaping, this attraction should be ready to reopen. No official reopening date has been provided, but before Memorial Day looks totally doable. 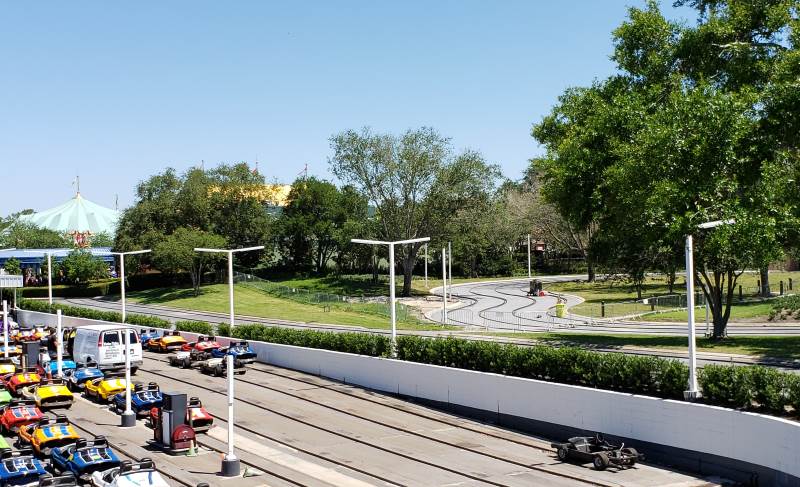 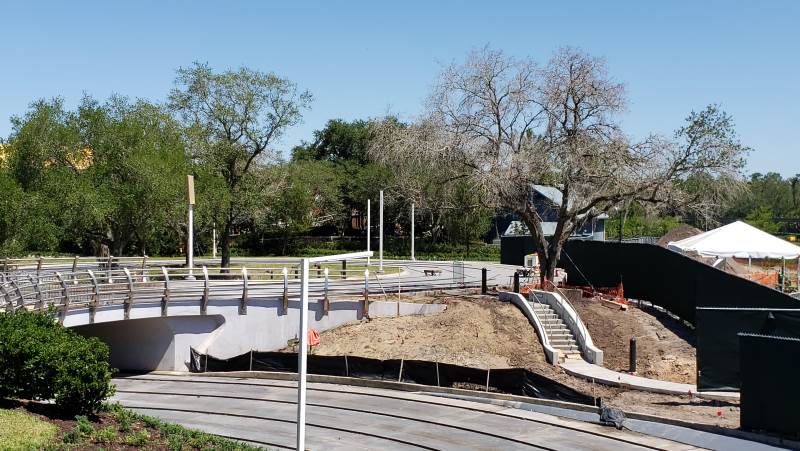 Work also continues on the roller coaster site itself. One of two cranes is drilling vertical supports to hold the bridge that will allow guests to cross above the train tracks to enter and leave the coaster complex itself. 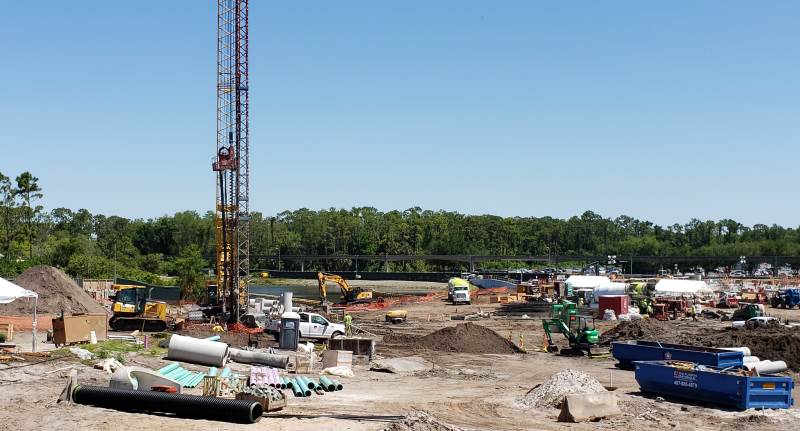 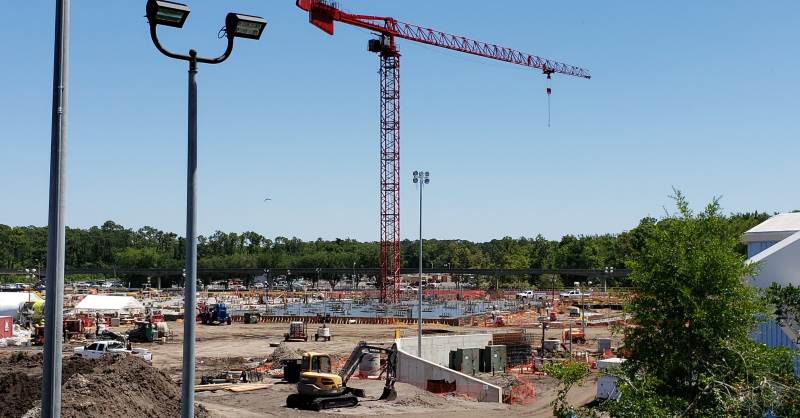 The second crane is in place above what will be the main show building for the coaster. Many of the supports have already been laid in the foundation. With the crane in place they’re ready to go vertical any day.

Lastly, a related project along the Walt Disney World Railroad track is expanding one of the retention ponds near the front of the park, between Tomorrowland and the Contemporary Resort. Earth moving and new retaining walls has created a new tiered look for the earthen birm create by the soil moved way back in the late 1960s to create the Seven Seas Lagoon. We’re excited for the changes coming to Tomorrowland. Hopefully Disney will find an idea to go into the former Alien Encounter / Stitch’s Great Escape soon so Tomorrowland can be a wholly united concept when the TRON: coaster opens.

Previously: New color scheme in Tomorrowland has a groovy retro-vibe

previousWonderful World of Animation – Behind the Scenes on digital projection show
nextIs Disney looking to buy Comcast’s share of Hulu?