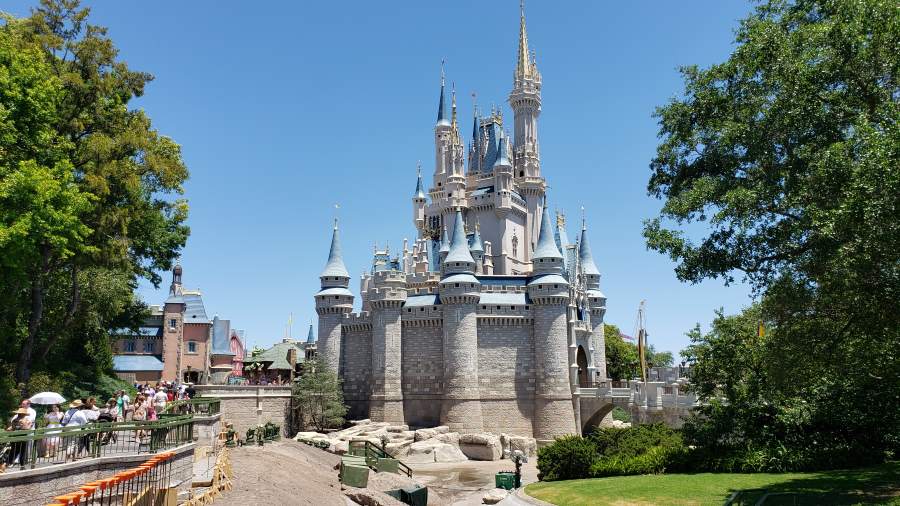 The pathway on the west side of Cinderella Castle leading from Liberty Square to Fantasyland, has long being a key point of congestion during the Magic Kingdom’s peak attendance times. A new construction project is underway to widen the path. Hopefully they’ll keep the charm of the area with the little side spots to stop and take a souvenir photo.

We stopped by this weekend to check in on how the project is progressing. Looks like they’ve laid foundation forms and have already filled a few with concrete. There are also temporary rails on the pathway while they do the work. Widening the path also requires adding new retaining wall near the bridge to the hub. Presumably this will also change how the seating area at Sleepy Hollow works, perhaps adding more seats or moving where the path joins the main road into Liberty Square, instead of directing guests through restaurant seating. 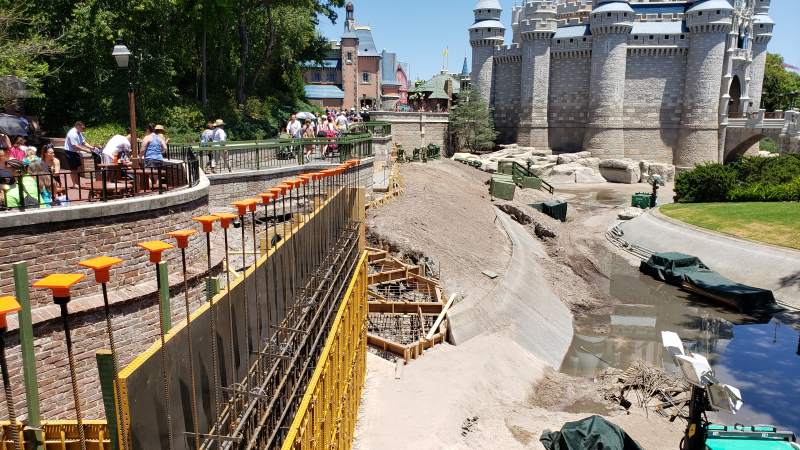 Since the project also required draining the moat in front of the castle, Disney is also cleaning out all the much and silt from the bottom of the moat. It looks and smells a lot better than when we saw it before Spring Break.

Looks like the pathway widening project could be finished later this spring. In the meantime, photos of the castle won’t have a pretty moat in front of them. At least that’s better than at Disneyland where the castle is behind a scrim.