Avengers: Endgame from Marvel Studios is the movie we deserve – a spoiler free review

First off, I’m not even sure why I’m bothering to write this review. I mean if you’re reading The Disney Blog there’s a 90% certainty you’re planning to see the latest from Marvel Studios – “Avengers: Endgame.” My guess is a not insignificant portion of you already have tickets.

There’s a good chance you’re reading this just to see if I thought that the movie sucked, the co-director Russo Brothers ruined the entire Marvel Cinematic Universe, and that everyone dies and isn’t coming back. Rest assured that is decidedly not the case. Not the case at all.

Putting an exclamation point on the end of the amazing third phase of the Marvel Cinematic Universe, and indeed all 21 movies that came before it, is not an easy job, but the Russo Brothers, Kevin Fiege, and everyone at Marvel acquitted themselves, well, marvelously.

The entire movie, with a few small exceptions, is epic and Marvel fans will rejoice in the numerous jolts of electricity it delivers. We get answers to questions from previous films, see new depths in the relationships we already love and admire, and even end with a new mystery or two. As dramatic as the events of “Infinity Wars” were, “Endgame” takes it to another level. As wide a scope as you saw in “Infinity War” you have to pull back the lens to take in everything that is up on the screen in “Endgame.” Then just when you think the epic adventure can’t get any bigger, there’s a whole new level of excitement.

As you can imagine, this is one of those films that’s hard to review without giving away some major plot points. This is a spoiler-free review, so we’ll talk mostly about the structure of the movie and why it works so well. 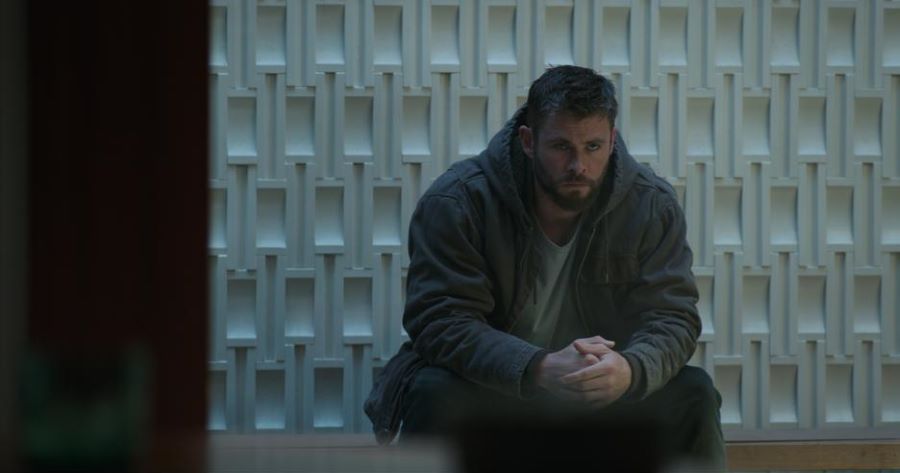 While the entire film serves as something of a third act to “Avengers: Infinity War,” it too is set in a traditional three act structure. It’s just that there is a lot of storytelling to do, so acts one and two are about one hour in length each. That leaves about 45 minutes for a third act where everything you’ve seen on screen from almost the first minute of “Iron Man” back in 2008 pays off. Add in the denouement and credits and you’re at 3 hours and change. Plan your restroom strategy accordingly.

Endgame picks up right where Infinity War left off. Almost like an end credit scene they just didn’t have room for on the previous movie. But it works well here and sets the emotional tone for the entire first act, not to mention the motivation of one of its core characters.

The remaining post-snap Avengers, once reunited back at HQ, meet Captain Marvel and come up with a plan. From there, the movie takes some surprising twists that to even hint at would spoil the fun. By the end of Act one you’re rooting for our heroes and maybe even confident that they just might be able to pull this off. 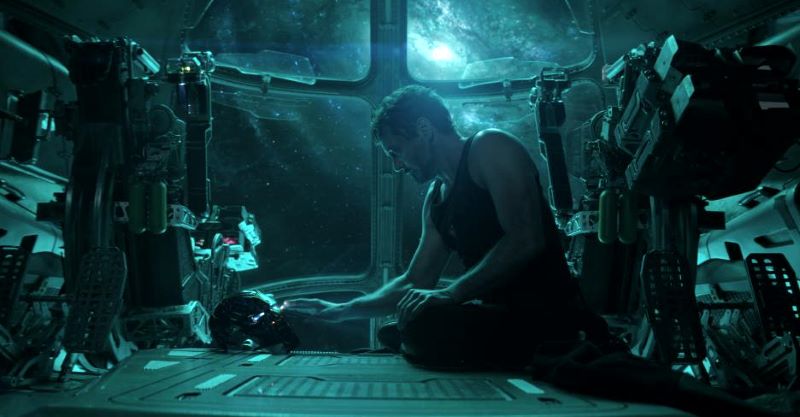 Act two sends our friendly super heroes off on separate missions where, as you might expect, things don’t go according to plan. The writing here is tight and not a scene is wasted. It also packs a few emotional gut punches that, even though you see them coming, are still devastating. So fair warning. You might want to pack a few tissues.

I can’t really say much about the third act except that what Marvel puts on the screen is probably their best work yet, which is saying a lot.

In the end, the Avengers series has been most centrally about Tony Stark and Steve Rogers. I can’t tell you more, of course, but I will say that both reach a point in their stories that is emotionally satisfying, although I favor Steve Roger’s final scenes over Stark’s. Other standouts in this movie are the amazing talented animators and visual effects team that brings characters like Rocket Raccoon, Hulk, and Thanos to life.

The score by Alan Silvestri, who composed the score for both Infinity War and Endgame, is there to carry the audience through a range of emotions. There is a big range in terms of story beats in this film and Silvestri manages to be exactly the right amount of music throughout.

On a movie like this, it can be hard to tell where the visual effects begin and practical shots end. Endgame is full of mind-blowing moments that will have you wondering how they did that.

What I liked most about the movie is how everyone gets their moment. It must have required one of those massive pin-boards with strings going everywhere in the writers room to keep it all straight.

The other thing that’s definitely in the movie is the sort of humor we’ve come to expect in a post-“Thor: Ragnarok” Marvel Cinematic Universe. Having that humor is important because there’s so much tension building throughout the film, that the audience needs a chance to let go of the solid grip on the armrest to clap every now and then.

Important note. If you didn’t heed warnings about managing your fluids. The best time to run off and deal with mother nature’s calling is when you see Clint, aka Hawkeye, taking on some Yakuza. It’s not a long scene, but this is about the only one where if you miss it, you can still catch up with where the movie is going.

If you’ve read this far, bless you. As I said this is a hard movie to review and other than celebrating the technical, acting, and directorial achievements, I can’t really write much more without spoilers. My final review is 4.5 out of 5 stars due to one or two early pacing issues and the treatment of one particular character in the film. There are so many great moments I can’t wait to discuss with others who have seen the movie.

“Avengers: Endgame” opens April 26th. Go see it. Come back and let us know what you though in the comments or on our social media channels (Instagram, Twitter, Facebook)

2 thoughts on “Avengers: Endgame from Marvel Studios is the movie we deserve – a spoiler free review”

previousHow to visit Star Wars: Galaxy’s Edge when it opens
nextLatest Trailers for Marvel Studios’ Avengers: Endgame get in under the wire