A new TV spot and poster for Pixar’s Toy Story 4 have been released with the film just two months away. In the movie, Woody tries to help Forky, a craft-project that Bonnie made and turned into a toy, and ends up on an adventure that reunites him with an old friend and might just change everything.

In the TV spot we find old friends and new faces starting with the porcelain faced Bo Peep:

The animation quality once again appears to be elevated by Pixar and the new characters introduced so far have our attention.

The new poster reunites three of the original Toy Story characters. If you look closely you’ll also see who we assume is Polly Pocket on Bo Peep’s shoulder too. In the background is the Ferris Wheel from the community fair we’ve seen in other trailers for Toy Story 4. 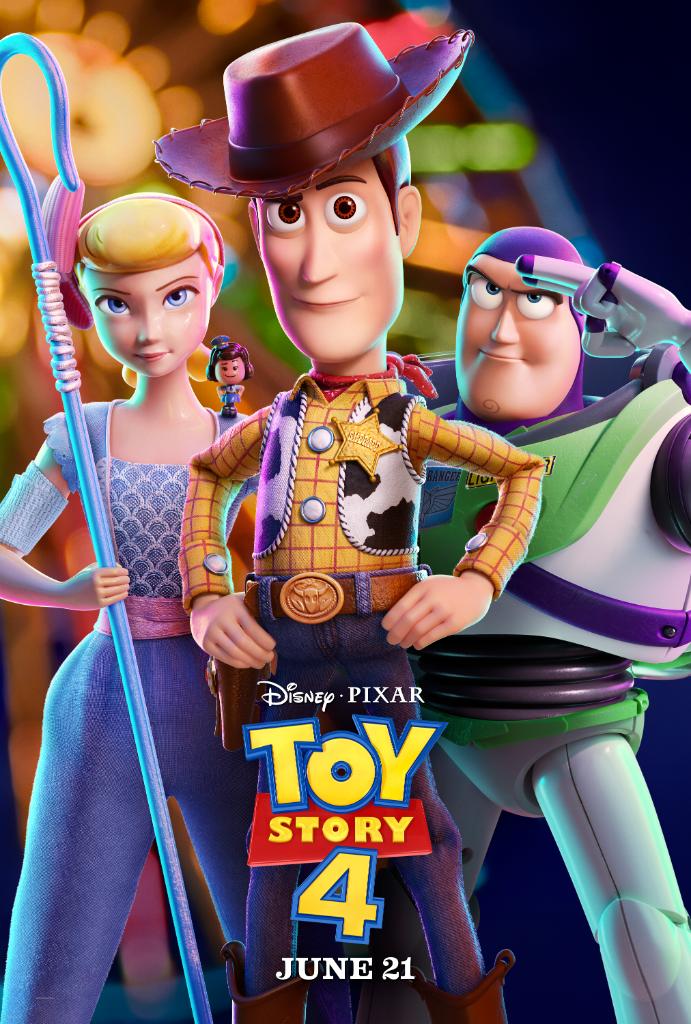 In case you missed the original trailer, or want to watch again, here ya go:

Directed by Josh Cooley (“Riley’s First Date?”), and produced by Jonas Rivera (“Inside Out,” “Up”) and Mark Nielsen (associate producer “Inside Out”), Disney and Pixar’s “Toy Story 4” ventures to U.S. theaters on June 21, 2019.