Marvel has also released a set of Twitter emojis that will take you from now through your viewing of “Avengers: Endgame” and beyond. There are more than 40 in all designed by 100% Soft’s Truck Torrence. The set of iconic Marvel Cinematic Universe characters include not just the core Avengers in Endgame, but those who feel victim to Thanos’ snap, along with a few other fan favorite characters like Korg and Miek (both from “Thor: Ragnarok.”

Discover all 40 of the Marvel Studios’ #AvengersEndgame Twitter emojis by @100Soft! pic.twitter.com/c4EDgRkDJd

A sharp eye will even spot an emoji for the big cheese at Marvel Studios himself – Kevin Feige. 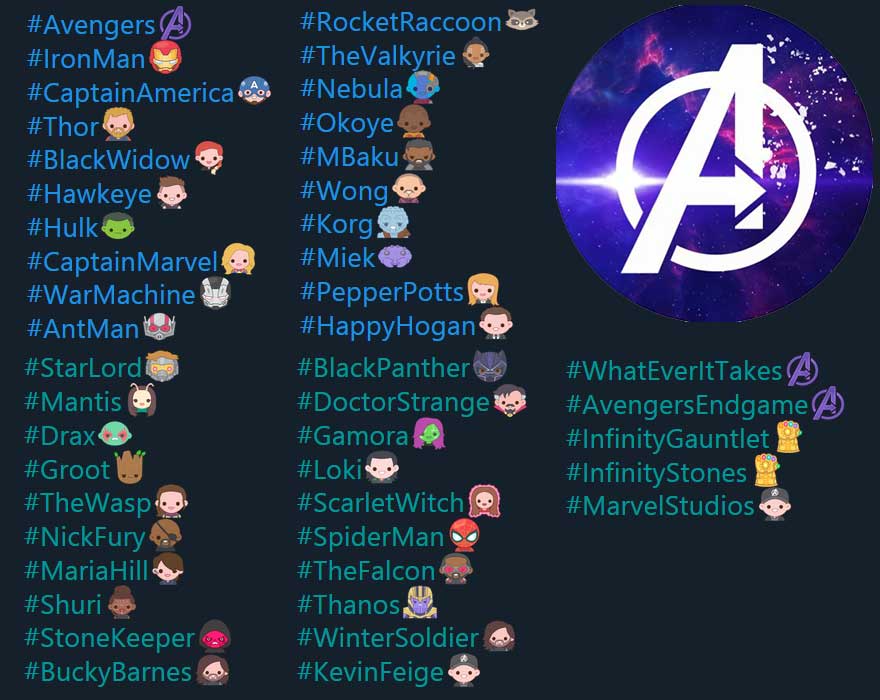 Use them today in good health. If you survived Thanos’ snap that is.

Btw, are you following The Disney Blog on Twitter?

“Avengers: Endgame” will land in theaters nearly everywhere on April 26. Will you be seeing it opening weekend?