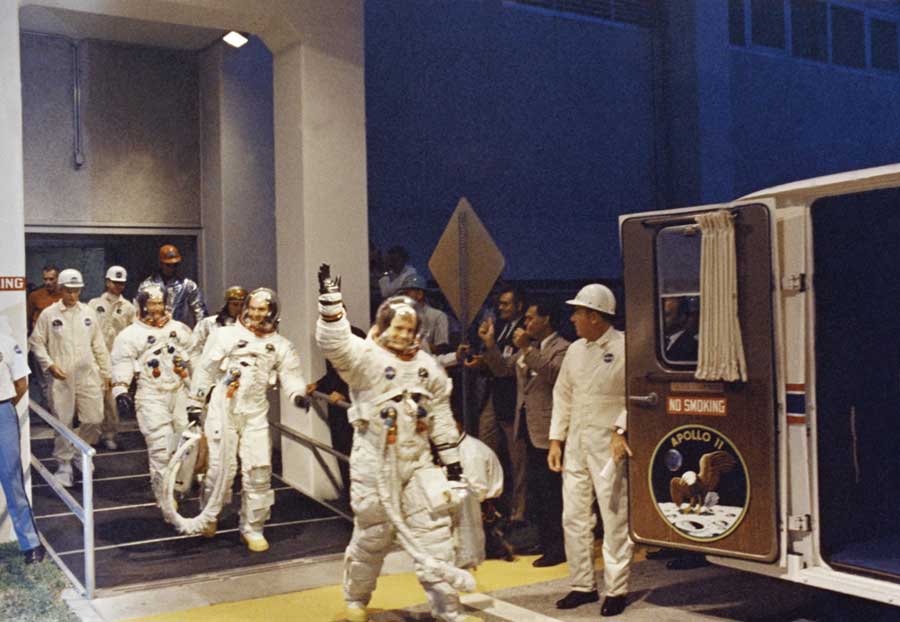 We’re nearing the 50th anniversary of humankind’s first ever walk on the moon. In ‘Moon Shot,’ the first episode of a new docu-series, ABC News retells the gripping story of the first moon landing.

The series uses interviews and archival footage to revisit the month of July 1969 when Neil Armstrong, Buzz Aldrin and Michael Collins traveled to the moon and planted the American flag on the lunar surface. The monumental act brought the nation and the world together. Though the billions spent on the moon shot were controversial, especially among civil rights leaders, it would make America the world leader in technology.

Featured in the episode are interviews with Margaret Hamilton, a pioneering female software engineer whose coding made the moon landing possible; “Hidden Figures” Katherine Johnson and Christine Darden; astronaut Michael Collins who was among the three who strapped themselves to an explosive rocket and hurtled into the unknown; and Charlie Duke and Gerry Griffin, who provided the astronauts a crucial lifeline to Mission Control as they dared to attempt the impossible. Young astronauts and engineers of today look back at why what they did was so incredible – and what we owe them.

Tune in on April 23rd on your local ABC station, on-demand, or on digital streaming services.