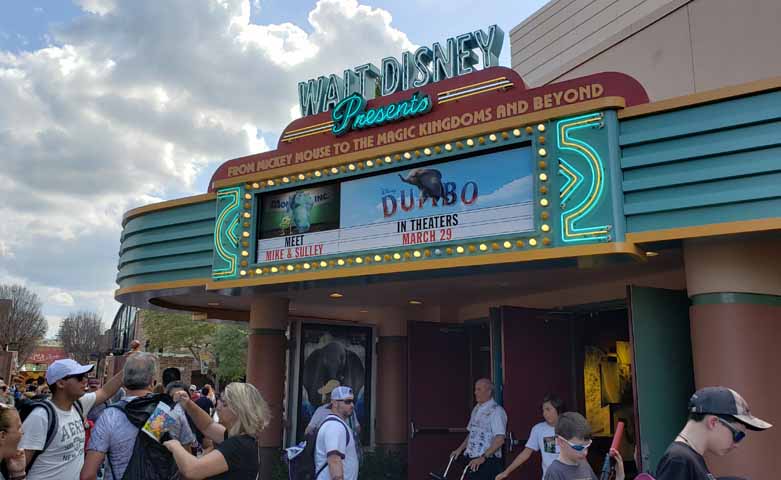 Disney’s “Dumbo” opens in theaters this week where it will face some stiff competition in the family film category from Disney’s own “Captain Marvel.” To be honest, I’m a little worried about the prospect for a decent opening weekend for the Tim Burton directed film. I’m not see a lot of buzz from readers of this blog and I am seeing a lot of people questioning why they needed to remake it at all. That said, Hollywood has Dumbo tracking well.

I think Disney fans have a higher standard for remakes than the general public, who after all are pretty excited for the remake of The Lion King, which will be more of a shot-for-shot recreation than Dumbo, which is a retelling of the story.

If you need a little more convincing, go enjoy the extended sneak peak inside Disney’s Hollywood Studios’ “Walt Disney Presents” attraction. After watching the additional scenes, I could tell the movie has a lot going for it in terms of the charm of its main character, Dumbo, and some of that trademark Tim Burton dark childhood fantasy look and feel as well.

Before you go into the Walt Disney Theater for the preview, there is a small exhibit with costumes from the film’s two main children and a relatively lifelike statue of the flying pachyderm himself – Dumbo.

It was be marvelous if this found a permanent home over in Magic Kingdom as part of a photo opportunity. 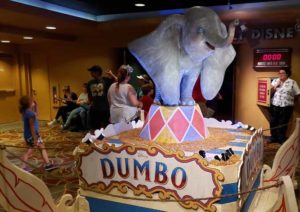 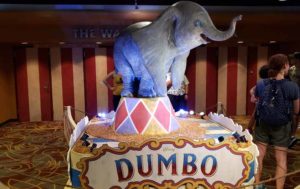 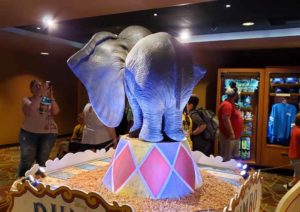 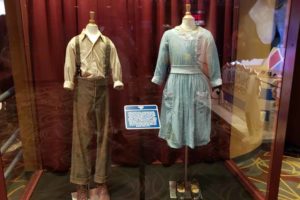 Speaking of photo opportunities. The AMC Theaters at Disney Springs has added a new photo background featuring Dumbo. It’s pretty cute. Families we saw were finding creative ways to make it look like they were holding or cleaning Dumbo depending on if they interpreted it as clouds or soap bubbles he’s floating on.

I’m seeing a media screening of Disney’s “Dumbo” tonight and will be back with a full review tomorrow afternoon. In the meantime, get your ticket for opening night March 29 to help give Dumbo a lift as he gets ready to fly into the hearts of audiences everywhere.