Tour the topiary at Epcot’s Flower and Garden Festival Epcot International Flower and Garden Festival is looking its best early in the 2019 event. We recently took a walk around Future World and World Showcase to admire the topiary and flower beds crafted by Disney’s talented horticulture team. Spring is definitely in the air.

The Flower and Garden festival is the time for the horticulture team to really shine. Check out this year’s creations:

Horticulture manager Eric Darden said that the idea of topiaries originated with Walt Disney himself. Even before Epcot, Walt tasked the horticulture team with creating Disney characters out of plants. The team works with the studio to get permission to use each character, then works with a Disney character artist to make sure the topiary is on model in 360 degrees.

Darden says it can take 8 to 10 months from the the horticulture team decides which character to create to a show ready topiary for display at the Flower and Garden Festival. The topiary created by Disney’s horticulture team can often end up on display for more than 90 days. How do they do that? Disney Magic, of course. 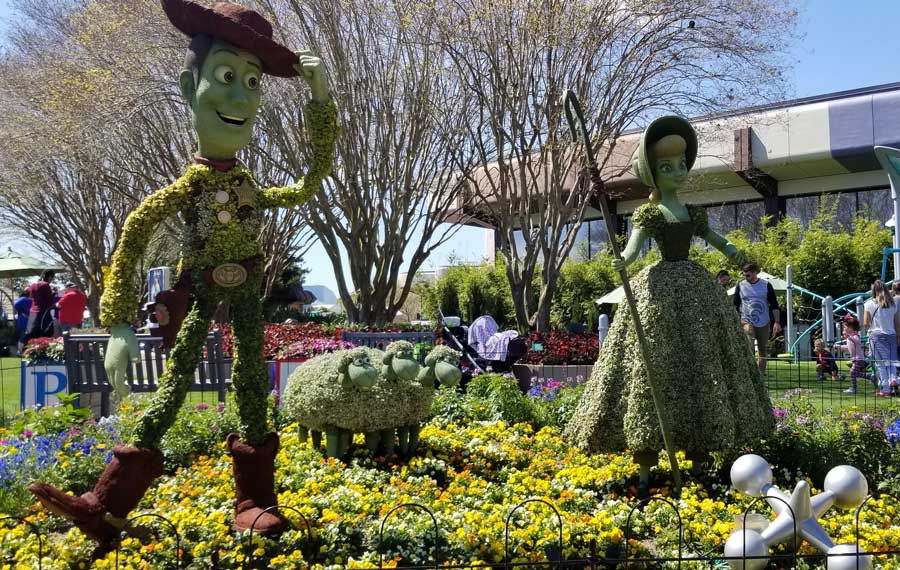 One of the popular new Topiary added this year is the Bo Peep figure (and her sheep). Also new is Kermit the Frog on his bicycle. There has been a Dopey figure in year’s past, but this is a new face for Dopey in 2019.

Which was your favorite topiary at the Flower and Garden Festival?