We stopped by Disney Springs last night for a little dinner and then wandered over to Jaleo to check in on their readiness amid the news they would be opening soon. Turns out they were having a special invitation only event with dignitaries including other Disney Springs chefs and Disney executives. The restaurant itself will be officially opening to guests for dinner service on March 17.

The Jaleo brand is the creation of José Andrés’ ThinkFoodGroup. Its menu engages the palate and the imagination with the spirit and flavors of Spain. As the pioneering brand that popularized tapas dining in the U.S., Jaleo at Disney Springs — opening March 17— will be the fifth Jaleo location in the U.S., the first in Florida and the largest location to date. The Walt Disney World Disney Springs location will also 280 new jobs for the area. Chef José Andrés is a culinary innovator recognized around the world for his food and his humanitarian work. A pioneer of Spanish tapas in the United States, he is known for his avant-garde cuisine and his award-winning group of 30 restaurants throughout the country and beyond. His innovative minibar by José Andrés earned two Michelin stars in 2016 and with that, José is the only chef globally that has both a 2-star Michelin restaurant and 4 Bib Gourmands. Andrés’ work has earned numerous awards including the 2015 National Humanities Medal, one of 12 distinguished recipients of the award from the National Endowment for the Humanities.

Chef Andrés founded the World Central Kitchen after the devastating 2010 earthquake in Haiti. The organization organizes chefs to create smart solutions to hunger and poverty, focused on disaster relief and other crises in and outside of the United States. I can’t speak highly enough of this work and am proud to have Chef Andrés in the Disney family now.

First opened in Washington, D.C., in 1993, Jaleo represents the very best of Spanish cuisine and design, seen through the creative lens of Spanish Chef Andrés and his team. Jaleo offers an unparalleled tapas experience in a lively setting befitting its name, which means “revelry.”

Jaleo at Disney Springs will feature an extensive menu of tapas reflecting the rich regional diversity of traditional and contemporary Spanish cuisine, as well as sangrias and a premier selection of Spanish wines. Highlights include a variety of authentic paellas cooked over a wood-fired paella pit, Spanish specialties like hand-carved Jamon Iberico de Bellota and wood-grilled Iberico pork, and signature dishes like Gambas al ajillo, shrimp sautéed with garlic and chili, and Pollo Croquetas, classic Spanish chicken fritters. 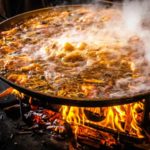 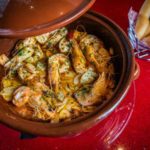 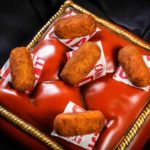 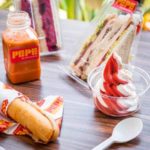 On the restaurant’s front corner adjacent to the Jaleo entrance will be Pepe by José Andrés, the first brick and mortar location of the chef’s wildly popular Spanish food truck, which has been a D.C. fixture for more than six years. Pepe by José Andrés will offer a diverse menu of Spanish sandwiches, or bocatas, both hot and cold, as well as gazpacho and salads to go. 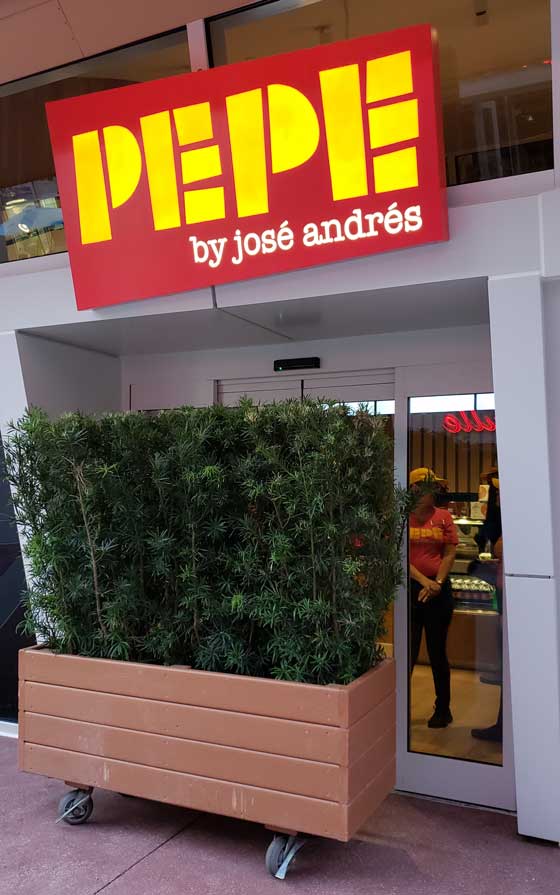 We were able to take a quick peek inside Pepe last night. It has a small quick service food counter with a cooler for drinks and a display for sandwiches. There is also some very limited indoor seating (less than 2 dozen seats).

Designed by renowned Spanish designer Juli Capella, the architectural form of the building housing both Jaleo and Pepe is inspired by the bold, playful nature of Spain featuring petals that organically open, inviting guests to enter and experience the very best of Spanish cuisine. The petals themselves form pergolas, which extend toward the outdoors, allowing light to flow in and out. It it looks like an upside down artichoke, that’s intentional.