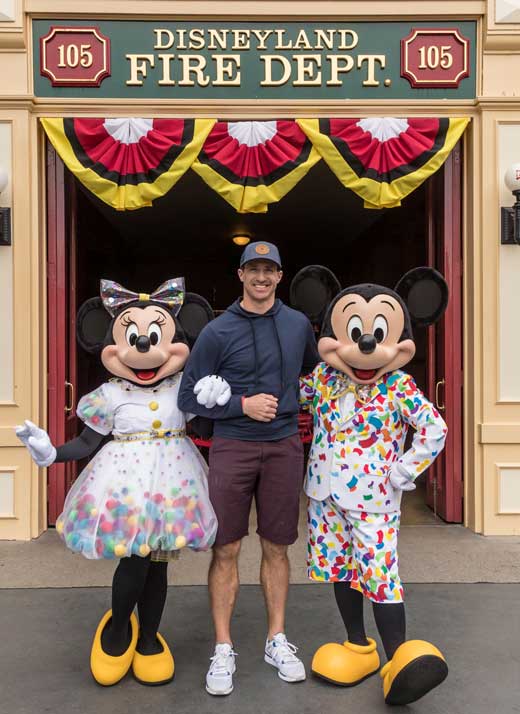 The NFL’s New Orleans Saints made it deep into the playoffs this season only to get knocked out by a controversial non-call on an obvious pass interference foul. But you can’t keep a good man down and Drew Brees, the team’s Quarterback, has decided he needed an extra dose of pixie dust during the off-season … this time celebrating his youngest daughter Rylen’s first time at the Happiest Place on Earth. 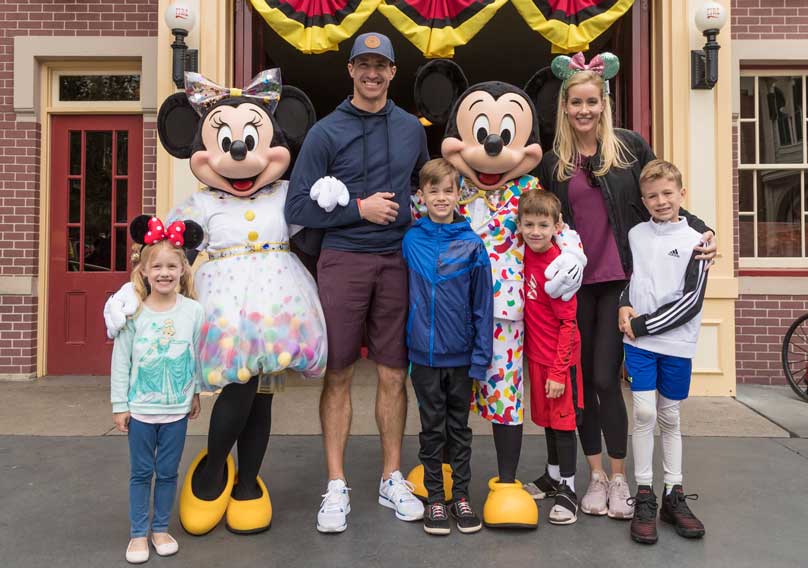 In 2010 Drew Brees led the Saints win the Super Bowl. Brees was selected as the MVP of the game and visited Walt Disney World for his ‘What’s Next’ moment and a victory parade down Main Street USA at the Magic Kingdom.

Brees has also brought his football academy to ESPN Wide World of Sports Complext at various times over the years.

The park is encouraging everyone to bring their love of Mickey Mouse and Minnie Mouse to help celebrate the icon pair’s 90th anniversary. Find your own favorite pair of iconic Mickey or Minnie ears and head to the park for some fun too.