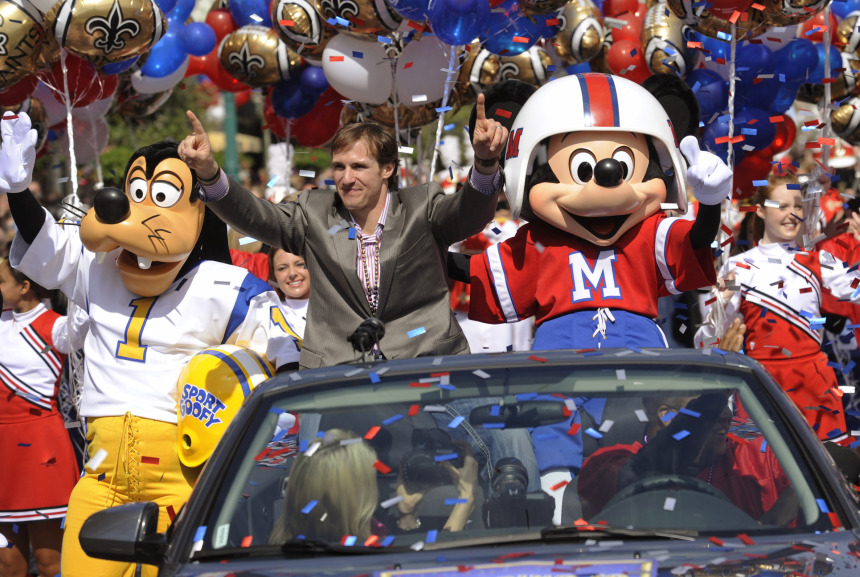 Super Bowl XLIV MVP Drew Brees joins Mickey Mouse Feb. 8, 2010 in a celebratory parade in the Magic Kingdom in Lake Buena Vista, Fl. Brees, the quarterback of the New Orleans Saints, is the latest celebrity to star in the “I’m Going to Disney World!” and “I’m Going to Disneyland” commercials which aired only hours after the NFL championship game ended. Brees led his team to a 31-17 victory over the AFC champion Indianapolis Colts in Super Bowl XLIV in Miami. (Photo courtesy Disney. Kent Phillips, photographer)