It’s a tradition that goes back decades, the star players from the winning Super Bowl team answer the question “You just won the Super Bowl, what are you going to do next?” with “I’m Going to Walt Disney World” (or sometimes Disneyland). And then, they actually go to Walt Disney World. This year after their Super Bowl LIII win, it was New England Patriots Quarterback Tom Brady and game MVP Julian Edelman who made the trip.

While at Walt Disney World, the teammates visited Toy Story Land at Disney’s Hollywood Studios, rode the resort’s newest roller coaster, and dressed up like Jedi to preview the next big expansion Star Wars: Galaxy’s Edge. Then it was off to the Magic Kingdom for a victory parade in front of a throng of cheering and waving fans.

We also had the opportunity to ask Edelman and Brady a few questions:

Brady and Edelman are among a host of megastar athletes who have celebrated the greatest achievements of their sports with jubilant trips to Disney’s theme parks. That list includes several fellow Patriots players who visited following the team’s Super Bowl wins in 2002, 2004, 2015 and 2017. Those post-game visits are part of a time-honored tradition of Super Bowl celebrations that stretches back to 1987 when Phil Simms celebrated his team’s Super Bowl win at Walt Disney World. 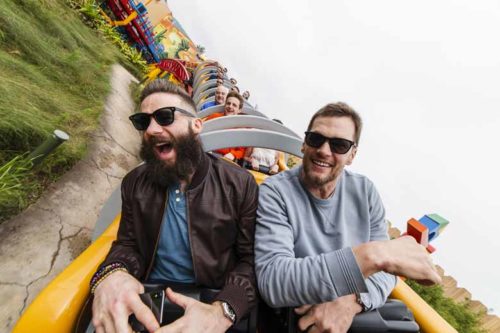 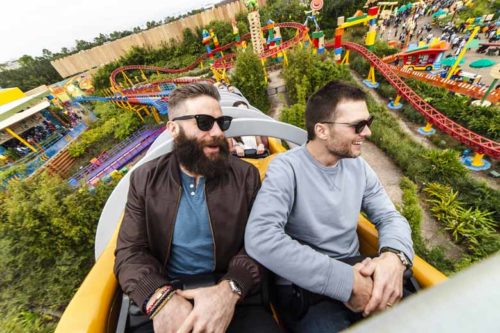 I think Edelman really wants to be a Jedi 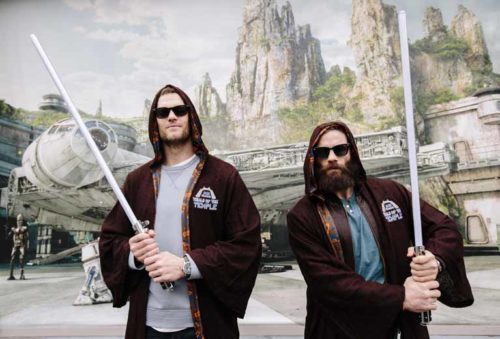 Maybe they’ll be back to open Star Wars: Galaxy’s Edge 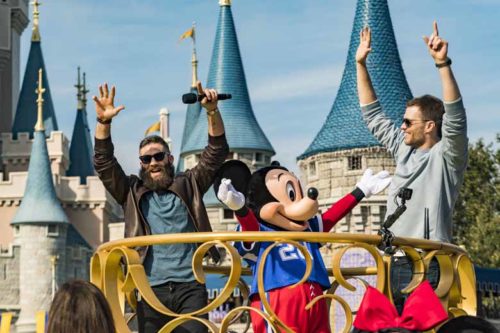 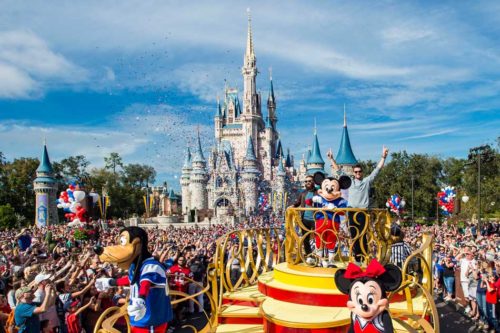 Have you ever traveled to Walt Disney World or Disneyland as part of a celebration of personal or team accomplishment?