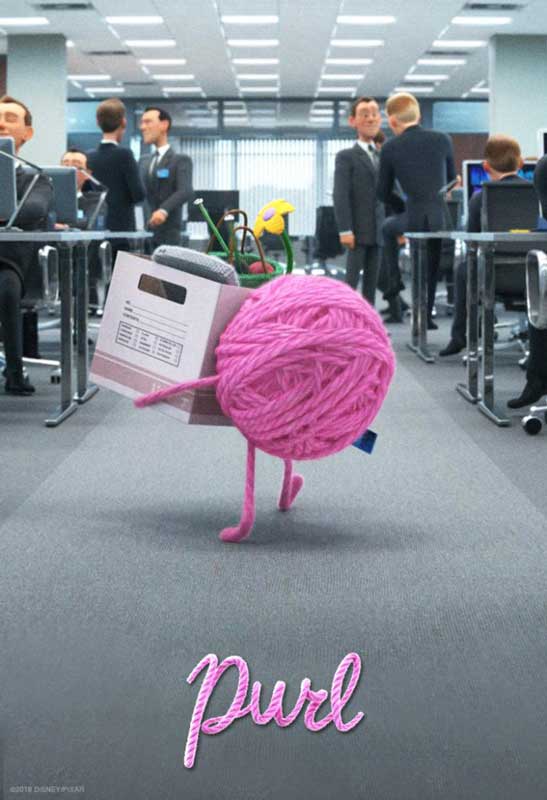 Purl, a delightful new animated short from Pixar, features an earnest ball of yarn named Purl who gets a job in a fast-paced, high energy, bro-tastic start-up. Yarn-y hijinks ensue as she tries to fit in, but how far is she willing to go to get the acceptance she yearns for, and in the end, is it worth it?

It’s not every day we get a new animated short from Pixar. Purl helps introduce SparkShorts, a new series of animated shorts that will be featured on the Disney+ direct-to-consumer streaming service.

Written and directed by Kristen Lester and produced by Gillian Libbert-Duncan, Purl is the first SparkShorts animated films that will be part of Disney+ when it debuts later this year.

Meet the filmmakers behind Pixar’s ‘Purl’:

It’s a not so subtle challenge to the conformity required by Bro culture in a modern office setting. Hopefully it’s not too much to read into this short and last year’s Bao, a shift in the internal male dominated storytelling at Pixar. 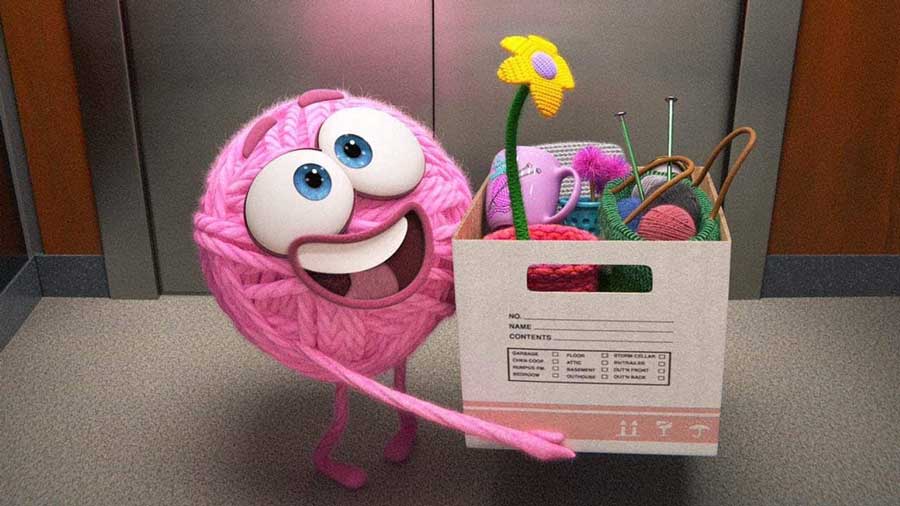 We’re also impressed with the animation from the gentlemen of BRO Capital to the detail on the yarn of Purl.

Do you know anybody in your life with an “I’d rather be knitting” coffee mug?