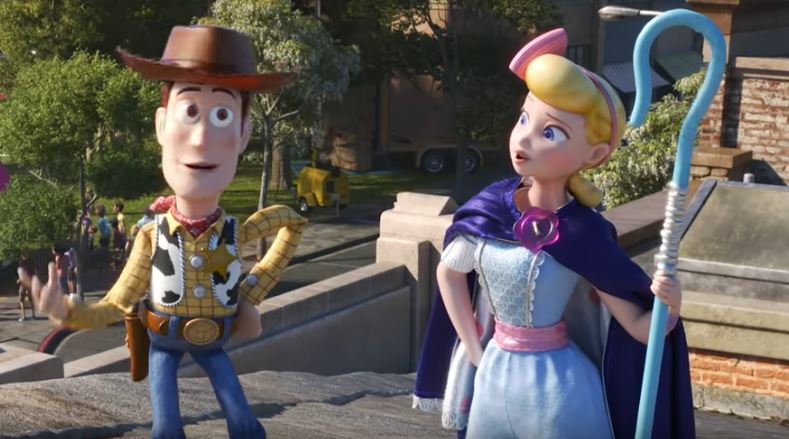 Animation fans waiting for Pixar’s next trailer for “Toy Story 4” didn’t have to sit through all of Super Bowl LIII, they just needed to tune in after the big game to see the next trailer for the film. It features Woody, Bo Peep, Buzz Lightyear and two new characters – Duck and Bunny.

That fair looks like a lot of fun. But I wouldn’t want to get stuck hanging around there.

The animation from Pixar appears to have been elevated to another level in Toy Story 4. So much detail in just this little clip.

Did you know Pixar’s “Toy Story 2” is the first film ever to be entirely created, mastered and exhibited digitally. It was also the first animated sequel to gross more than its original, breaking opening weekend box office records in the U.S., UK and Japan, becoming the highest grossing animated release of 1999.

Any early guesses about what sort of awards “Toy Story 4” will rack up?

Woody has always been confident about his place in the world, and that his priority is taking care of his kid, whether that’s Andy or Bonnie. So when Bonnie’s beloved new craft-project-turned-toy, Forky, declares himself as “trash” and not a toy, Woody takes it upon himself to show Forky why he should embrace being a toy. But when Bonnie takes the whole gang on her family’s road trip excursion, Woody ends up on an unexpected detour that includes a reunion with his long-lost friend Bo Peep. After years of being on her own, Bo’s adventurous spirit and life on the road belie her delicate porcelain exterior. As Woody and Bo realize they’re worlds apart when it comes to life as a toy, they soon come to find that’s the least of their worries.