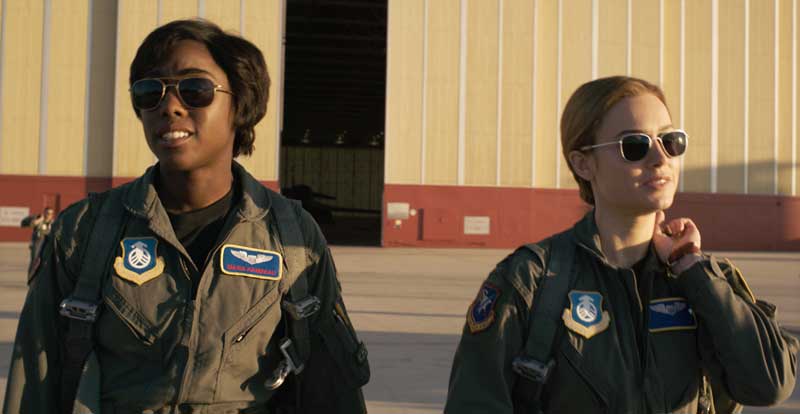 If the rest of Marvel Studios’ Captain Marvel movie has anywhere near the energy of the TV trailer that dropped during Super Bowl LIII last night, audiences are in for a wild ride. The movie takes us back to the 1990s for a super hero story that’s new to the Marvel Cinematic Universe and importantly introduces movie goers to Carol Danvers, who becomes Captain Marvel.

The TV spot opens with Carol Danvers and her friend and fellow Air Force pilot Maria Rambeau. Also in the trailer are Samuel L. Jackson as Nick Fury, the future director of SHIELD, in his more innocent days.

You don’t see much of the big baddies in this film, but Captain Marvel will take on the Skrull led by Talos. Also in the film are Ronan the Accuser and Korath, who we see later in their villainous careers in the first Guardians of the Galaxy movie. I’m also looking forward to the return of Phil Coulson on the big screen.

With Captain Marvel, Avengers: Endgame and Spider-Man Far From Home coming later this year, it’s going to be such a good year for Marvel fans.

If you missed the Super Bowl trailer for Avengers: Endgame we break it down here.